This content was published: April 3, 2017. Phone numbers, email addresses, and other information may have changed.

Her award-winning original research focused on the genome of a single-celled bacterium called desulfurobacterium thermolithotrophum – a microorganism that lives in the extremely hot environment of deep-sea vents under the Pacific Ocean where there is little oxygen and no sunlight. The details of the DNA information in this bacterium had been analyzed by computer software soon after the organism was first discovered. 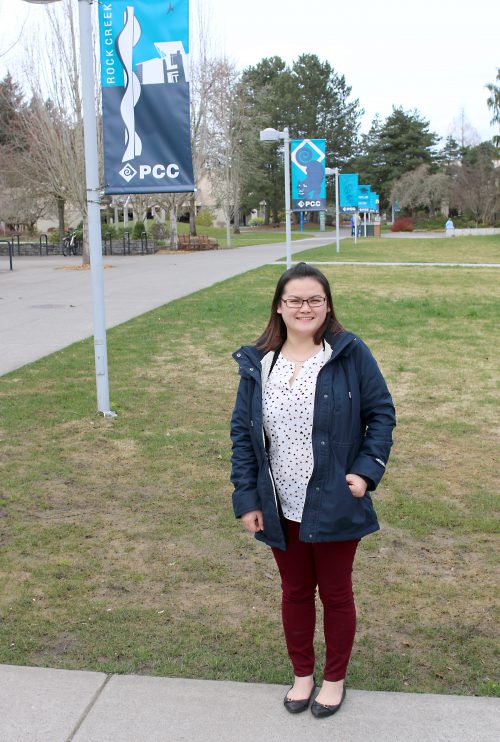 Nguyen found several mistakes, and these corrections were presented at the CCURI meeting.

Nguyen found several mistakes, and these corrections were presented at the CCURI meeting.

“I developed a love/hate relationship with biology and I want to thank two PCC biology instructors, Jan Just and Jon Briggs, for making it possible for me to win first prize at the CCURI event last December,” she said.

Several students – Amanda Engelbert and Richard Oksenholt – engaged in the same research but only Nguyen continued after her biology class ended. Working with Briggs, she finished the work that led to the award-winning abstract and the poster, a printed summary of the research findings that will serve as a template for students in future classes.

“I never expected to win. I just wanted the experience of attending a scientific conference,” said Nguyen, who was the only international student at the science meeting. “Before the announcement, the director of the conference asked me how to pronounce my name. I still didn’t think I had won. When the moment came, he mispronounced my name so I was looking around the room, trying to find the winner. Then he said the name of my project, and that I understood.”

Briggs, who taught Nguyen in three sequential biology classes, explained that researchers contribute their findings to massive data bases that are hugely helpful to community colleges and programs such as CCURI. The research is free and easy to access.

“Bioinformatics is the future of the study of biology,” he said. “It involves the use of computer programs to analyze huge amounts of biological data, such as genome sequences. These programs are able to identify genes and predict what they do. However, sometimes they are wrong. Our goal was to find the mistakes and correct them.”

Nguyen doesn’t believe that her journey is unique or particularly interesting, but it is. She moved from Vietnam to Australia to live with relatives and study accounting at the Australian National University in Canberra. 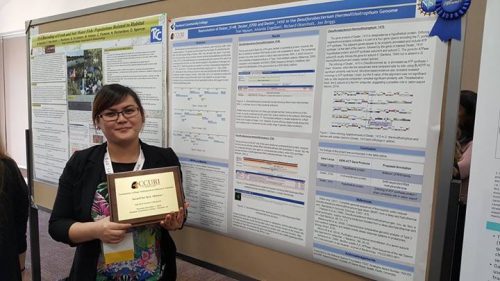 Nguyen, who supported herself during her three years at Rock Creek by working simultaneously in the bookstore and in the cafeteria, graduated last December.

It was a strategic move as her dad is an accountant. However, the subject made her cry and quit after two years. To find a subject she was passionate about, Nguyen began studying nursing.

She joined her parents when they traveled to Oregon in 2013 to attend her brother’s graduation. He graduated from PCC with an associate degree in general studies. Seizing the moment, she enrolled at Rock Creek with thoughts of a medical career.

Nguyen, who supported herself during her three years at Rock Creek by working simultaneously in the bookstore and in the cafeteria, graduated last December. She is now taking transfer classes needed to enroll in the medical laboratory science program in Wilsonville, a two-year joint degree offered by the Oregon Institute of Technology and Oregon Health and Science University.

“My current interest is human genetics and my goal is to work full time for OHSU doing vaccine and gene therapy,” she said. “I expect to finish the medical laboratory program in 15 months.”

Two additional goals remain for Nguyen. She wants to become a U.S. citizen as well as further her work with the Vietnamese Missionary Church and travel to Vietnam, Laos and Cambodia. She hopes to find a way to combine missionary work with her love of biology.

“The director of CCURI said they have the work of pioneers to build on,” Briggs added. “Tran is my pioneer. She could have walked away once the class ended, but she was so fascinated by the work, she had to see it through. I think Tran understands the importance of bioinformatics and its role in the study of biology.” 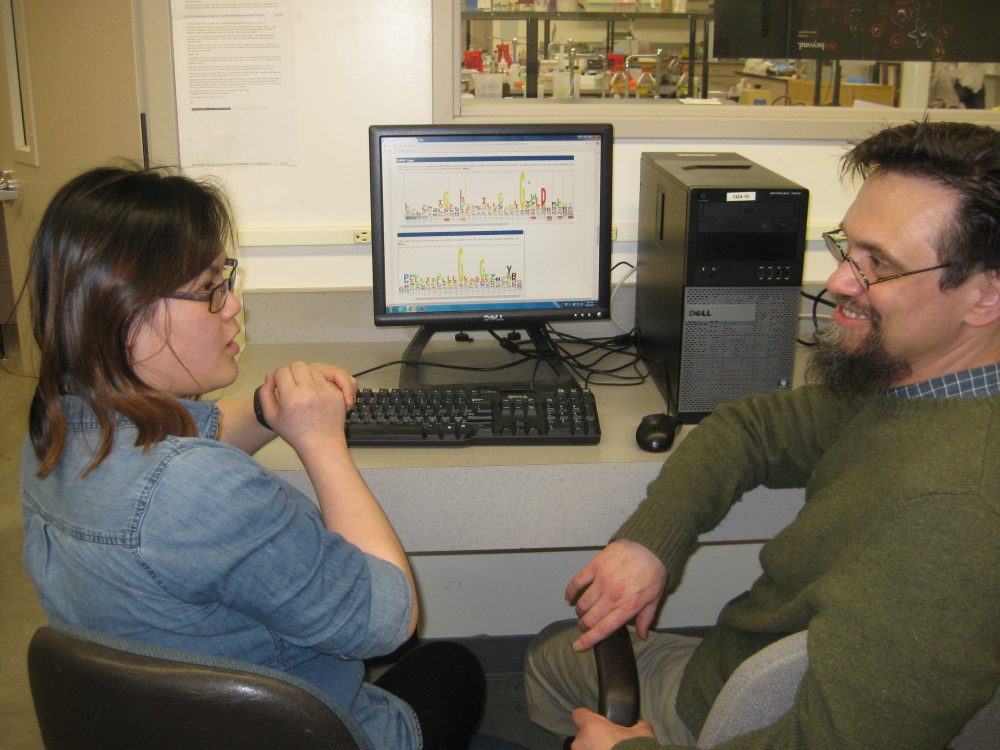 Jon Briggs, who taught Nguyen in three sequential biology classes, explained that researchers contribute their findings to massive data bases that are hugely helpful to community colleges and programs such as CCURI.

x by Craig Wilson 4 years ago

This award is stunning, as when I met Tran last year I had only an inkling of what should would accomplish through her determination and intelligence. Congratulations, Tran, and we are looking forward to seeing you again and hearing more good news from you.

x by Lilia Hamblin 4 years ago

Congratulations to Tran and Dr Briggs! I did a Geni-Act project when I took a biology class with Dr Briggs. I think it is not only a great research tool for studying Biology but would also be a good approach in the healthcare field. Hopefully, Tran will become a role model for other students to pursue this research path and establish a research base with students as a driving force of new discoveries. For example, students of the PCC dental hygiene program, who are focused on the prevention of oral diseases, might be interested in studying the association between gene expression in oral cancer and patient survival since the mortality rate from oral cancer is one of the highest among all cancer diseases…just a thought.

x by Linh Bui 4 years ago

You are so amazing, Nguyen

x by Jon Briggs 4 years ago

That’s a great idea Lilia. Bioinformatics is becoming an essential component of healthcare and research exactly as you described. Students such as Tran and yourself who are willing to take on this difficult topic will have a distinct advantage in this competitive field.

x by Tran Nguyen 4 years ago

Congratulations Tran!! What an amazing accomplishment!

x by KERRI BASS 4 years ago

Congratulations!! You are AWESOME! I know you will succeed in your future career!

Giving That Makes a Difference, An Ally in Accessibility, The Grand Experiment