This content was published: March 14, 2016. Phone numbers, email addresses, and other information may have changed. 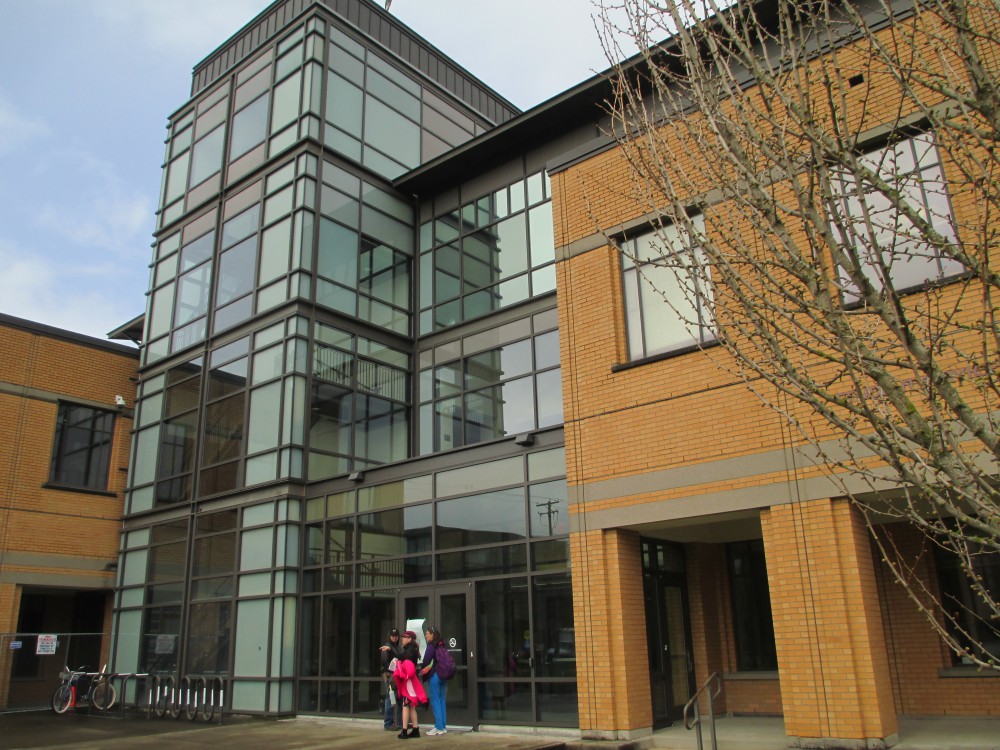 With two new buildings, an underground parking garage and new plaza, it’s easy to see the impact of the 2008-voter approved bond measure at PCC’s Cascade Campus. But there also has been extensive work inside existing buildings that promises to have an appreciable effect on students, faculty and staff.

The Student Services Building (SSB) was built in 1996 and was showing its age in terms of tired paint, worn carpet and old furniture. Beyond that, however, the design of the building was not serving the present needs of the campus. 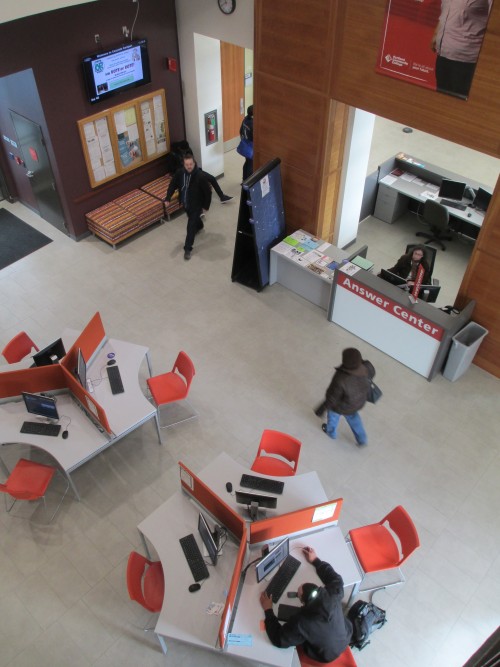 “The construction work at SSB is similar to what you’re seeing occurring across campus: multiple renovations all aimed at updating the campus infrastructure, lowering long-term operational costs, and enhancing public use by creating more usable spaces,” said Strachan.

Thanks to funds from the bond measure, the college set out to renovate all three floors of SSB for better flow and efficiency.

In the lobby on the first floor, a major project was to create an Answer Center, where students access vital services — Financial Aid, Student Accounts and Enrollment — in one convenient location. This one-stop-shopping concept has already been introduced at Sylvania and Southeast campuses.

Before the bond improvements, this central area suffered from ceilings that were at multiple heights, and several different kinds of flooring.

“We simplified the ceiling layout and added new acoustical tile areas to help control sound. We also covered the entire floor with a light gray ceramic tile to unify the space,” said Klinger.

“On the second floor we replaced the last classroom in the building with the Orientation Center,” said Cascade’s bond project manager, Rebecca Ocken. “This move allowed the Testing Center to expand with three new distraction-free testing rooms.” 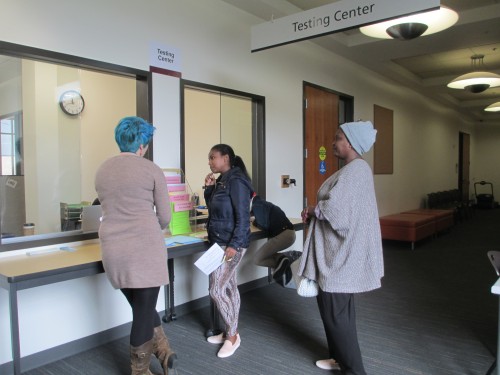 The Testing Center on the second floor was expanded to add individual rooms for students with special needs.

More work on the second floor included a new large telecom room to serve all the technology needs for the first and second floors, and a larger location for Community Education.

On the third floor, new offices for the math faculty were created in the space that was freed up when PCC’s Human Resources staff moved to Downtown Center in 2011.

The last improvement to be completed at SSB was a new vestibule, which gives a clear path of arrival through the original entry doors facing the plaza on the building’s south side, and direct access to the Answer Center. The vestibule also brings in natural light and provides an intermediate space that addresses the temperature control problems that originally plagued the area near the main doors.

Aesthetics were also a consideration.

“By matching the existing building’s window system and exterior color palette, the new vestibule fits seamlessly into the building façade and provides a clear, welcoming point of entry. We are very pleased with the results,” said Klinger.

Strachan of Pacificmark shared his own views on the completed project.

“The results of the renovation are subtle but functional, and should serve PCC’s needs at the SSB long into the future,” he said. “Ultimately, the most pleasing result in my mind, is seeing members of the local community comfortably utilizing the finished space as it’s intended.”