This content was published: November 2, 2015. Phone numbers, email addresses, and other information may have changed. 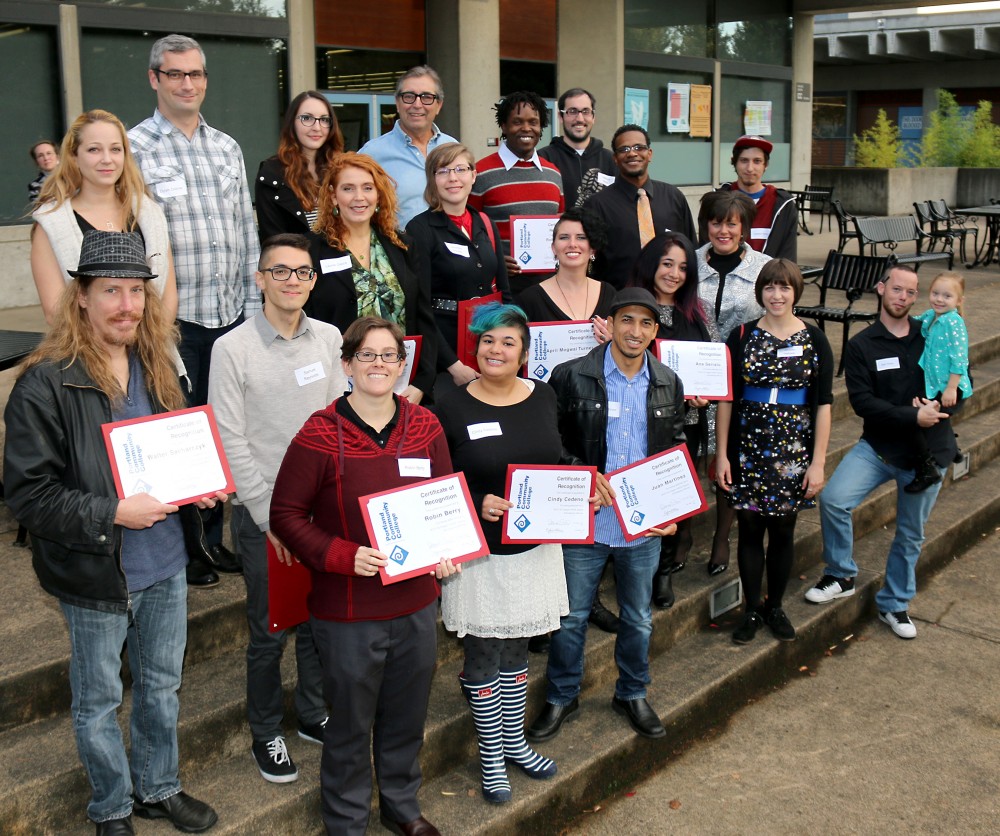 Three of the 160 national NASA Community College Aerospace Scholars that the space agency is recognizing are from PCC. Students Andrew Jozwiak of Beaverton and Abram Morphew of Southwest Portland are taking part in a Mars rover program this month at the Marshall Space Flight Center in Huntsville, Ala. In addition, Tanner Hageman of Southeast Portland is headed to the Johnson Space Center in Houston, Texas the last week of October to take part in a red planet-related robotics project.

The projects focus on students setting up fictional companies interested in Mars exploration and developing a prototype rover. They’ll manage a budget and develop a communications plan while interacting with NASA engineers to learn more about careers in science and engineering. The PCC scholars were some of the highest performing students nationwide on a five-week online NASA course taken last summer.

“Having three NASA aerospace scholars from PCC out of a total of 160 from every other university and college in America is a huge testament to the quality and reputation of physical science and math here at PCC,” said Toby Dittrich, physics instructor and associate director of the Oregon NASA Space Grant Consortium. “Think of schools like MIT, Caltech, Harvard, Cornell, Berkeley, University of Colorado-Boulder and the like. Our students stand proudly with NASA Aerospace scholars from these schools.”

The NASA Community College Aerospace Scholars project is funded in part by the Minority University Research and Education Program, which recruits underrepresented and underserved students into science, technology, engineering and mathematics. The agency is now accepting applications for the spring 2016 session of the program. The deadline to apply is Dec. 15. 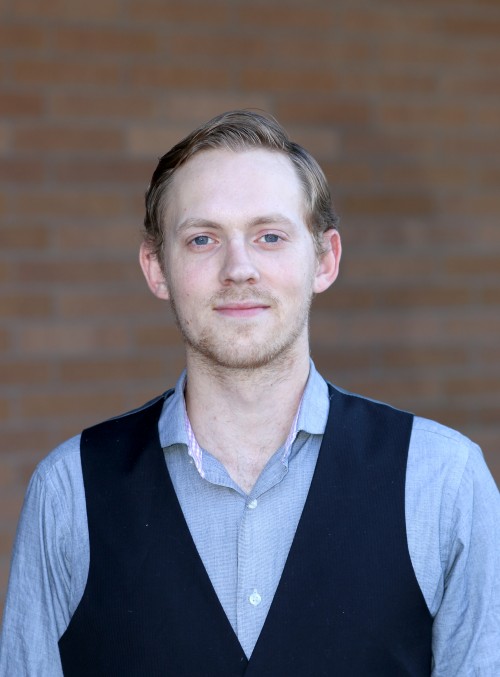 Hageman has seen the world. Born in Virginia, Hageman moved to Nebraska at age 11, to Germany at 14, to Switzerland at 17 (where he graduated from high school), Washington, D.C. at 18, and back to Germany at 19 after joining the military. He had been an Army medic for five years at the Joint Multinational Readiness Center in Hohenfels, Germany and had put off attending college. So in 2015, when he got out of the Army he moved his family to Portland at age 25 and enrolled at PCC to earn a degree in science.

His work as a medic and in pharmacy specifically spurred his interest in the area of chemistry. Hageman chose PCC to study chemistry in the first leg of his journey to earning a master’s degree in materials science and aerospace. He wants to eventually transfer to Portland State University to study materials science to get him closer to his career goal. The NASA scholarship, he admitted, has opened up his career path to the space agency and his interest in space exploration.

“I’d like to ultimately work for NASA,” Hageman said. “The idea of exploring and getting out there and seeing stuff that people haven’t seen before and working in a capacity with them on the ground is an idea that makes my teeth itch. To actually be making strides toward a scientific career has been vindicating.”

Jozwiak, 30, battled addiction and depression prior to coming to PCC. After a second job layoff in a year, he sat in his employer’s office contemplating his life. Realizing he needed greater challenges, he rode his bike six miles from his employer’s office to the Sylvania Campus to enroll in classes to change his life’s course. 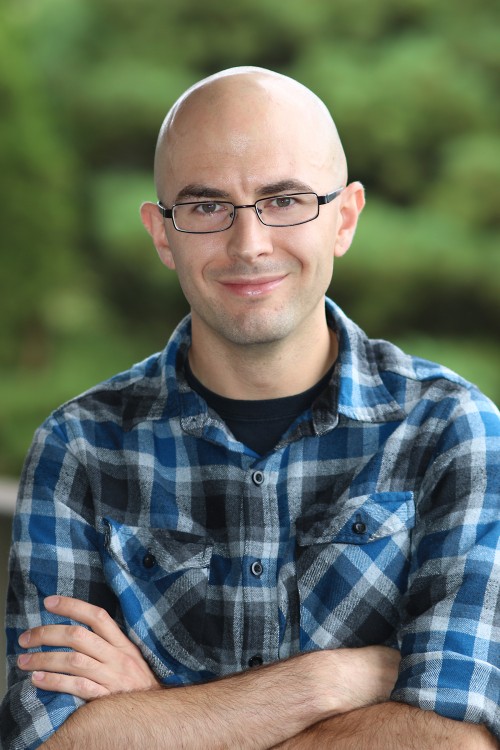 Today, Jozwiak is a member of Phi Theta Kappa and the President’s List working toward his associate degree in science. The PCC Foundation scholar and Oregon Opportunity Grant recipient was one of 27 PCC students who earned $5,000 Oregon NASA Space Grant Consortium scholarships (see below). At PCC, he helps out as a course developer and lab assistant for the college’s first online astronomy classes. The Mesa, Ariz. native wants to transfer on to PSU to earn a bachelor’s degree and eventually a master’s degree in aerospace engineering from Caltech in Los Angeles. His goal is to work as a researcher in astrophysics and advance the science of interstellar travel.

“The study of astrophysics and mathematics is now everything to me,” Jozwiak said of his major. “I can’t imagine doing anything else.”

Jozwiak credits his parents and his PCC astronomy instructor Rod Lee as being instrumental in his journey.

“I can’t thank them enough and I’m very blessed to have incredibly caring and devoted parents who’ve supported me,” he said. “Rod Lee is a superb science educator and is a blessing for PCC.”

Years ago, the 35-year-old Morphew left New York City to travel the country with his wife, living out of their car and playing musical shows as a duo. But by 2011, the gigs dried up and they found themselves in Portland where they decided it was a perfect spot to settle down. Both enrolled at PCC in 2013, she taking botany classes and he exploring his love of electrical engineering and planetary science. 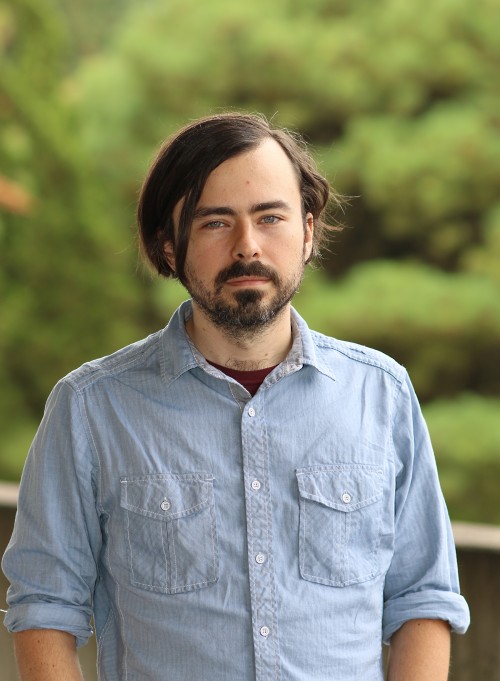 Originally from Calico Rock, Ark., Morphew got into radio-frequency engineering after earning his amateur radio license from the FCC in 2009. He performs amateur spacecraft operations experimentally on his own through his license and the Radio Amateur Satellite Corporation.

Having studied Spanish at a North Carolina community college in 2005, Morphew said he didn’t feel the need to finish his studies. As his love for electronic music and electrical engineering grew he decided to enroll at PCC, which accepted all of his transfer credits from the North Carolina college. Morphew hit the ground running at PCC and plans to transfer to PSU to pursue a bachelor’s degree in electrical engineering.

“He was encouraging,” said Morphew, who has a New York-based music label and plans future tours. “He put things in a way that makes you want to know more. I’ve always enjoyed community colleges because it seems there’s a wider variety of folks who are going to school at the same time. It’s not like you’re just around people your same age all the time. It’s varied and enjoyable, which is a richer experience overall.”

And PCC has 27 space grant winners

This fall, the Oregon NASA Space Grant Consortium announced the 2015-16 Community College Partnership Scholarship recipients and PCC scored 27 of the 40 statewide scholars. This program is intended to recognize the academic accomplishments of community college students enrolled at OSGC member community colleges. Each student has committed to the academic pursuit of the physical, life and planetary sciences as well as mathematics and engineering in relation to space studies. Each student gets a $5,000 scholarship.

“These students have received not only money to help them along their academic careers but, probably more importantly, they have received a résumé piece that will open doors for them everywhere they turn,” Dittrich added. “These honors are like a very effective tool in facilitating their future. We have given this to them, now they must take it and open many doors with it.”

x by Manish Egerios 6 years ago

My heartiest congratulations on your brilliant success.I am sure that you will have a great deal of success in the years to come.

x by Will Bradley 6 years ago

Huge congrats to all the recipients!!!

Huge congrats ladies and gentlemen! You are all “beyond” a great encouragement to those and individuals like myself who share the same dream and goal.

x by Usha Ramanujam 6 years ago

Hearty congratulations to the 3 scholarship and the 27 grant winners! And to the faculty and departments for their support to make this possible. Great news!

x by Jennifer McBratney 6 years ago

Congratulations to all of the students! And to the students, don’t stop applying for opportunities. This is just the beginning to very bright careers and futures, keep up the hard work.

x by Steven DeLorenzo 6 years ago

I’m so very proud of my cousin, Andrew, and his accomplishments . . . as well as being super excited for all the exciting, wonderful things in his future! Way to go, cuz!!! :o)

Congratulations to everyone in the picture! And thank you James Hill for a very timely/relevant article.

Congratulations Andrew,
I must say, I may not one bit surprised by the honor you brought to yourself, family, and PCC. Without doubt you are a genuine rising star and one day you may well engineer the trek to them. The last time we talked, I left with a solid belief that you would hit that all important hiccup that would cause you to rethink where the current path is leading you and would begin a new trek in a direction that would reward you and the world. Without doubt, I too am very proud of you, your accomplishments are truly incredible. Now, keep leaning forward and “view every challenge as an opportunity to make it better!”
Love ya, your uncle,
Rocky
Paul E. Johnson Jr., DM (ABD)

Congratulations Andrew,
I must say that I am not surprised by the honor you brought to yourself, family, and PCC. Without doubt you are a genuine rising star and one day you may well engineer the trek to them. The last time we talked, I left with a solid belief that you would encounter that all important hiccup that would cause you to rethink where your current path would lead you and correct your course to begin a new trek in a direction that would reward you and the world. Without doubt, I too am very proud of you, your accomplishments are truly incredible. Now, keep leaning forward and “view every challenge as an opportunity to make it better!
Love ya, your uncle,
Rocky

x by Lori Cooper 6 years ago

Congratulations Andrew on this massive accomplishment. You have come such a long way. To finally have found your niche, your passion for something is very exciting to watch. I look forward to where this is all taking you, as you continue to look to the stars. Congratulations Andrew.

x by NASA scholarships, space grants pile up at PCC, thanks to physics instructor | Science In Portland 6 years ago

x by News: Physics faculty and NASA partner wants more PCC students to reach for the stars | PCC 5 years ago