This content was published: November 16, 2015. Phone numbers, email addresses, and other information may have changed.

State Senator Michael Dembrow tells students they are powerful, can influence the system 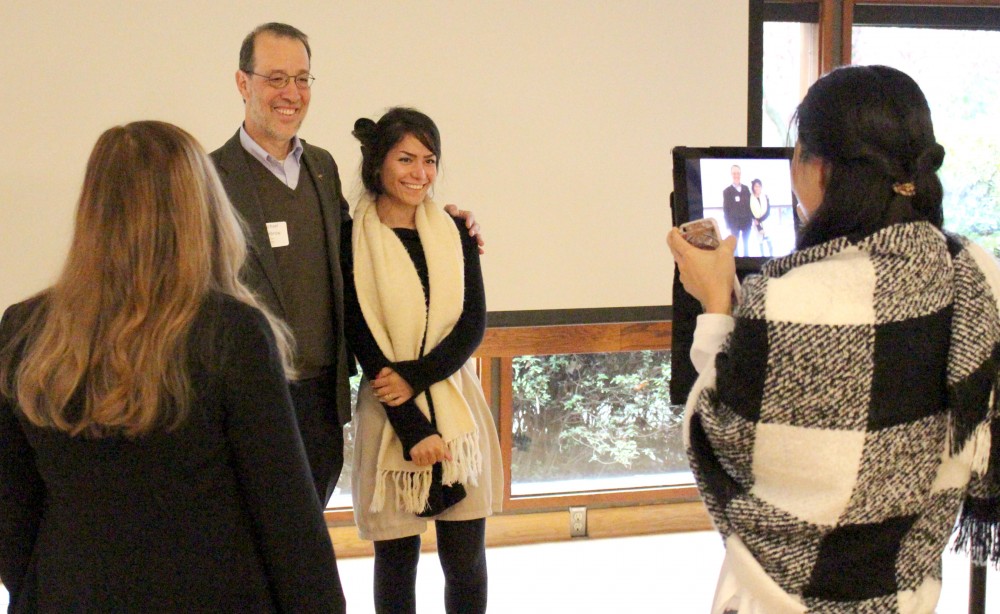 State Senator Michael Dembrow of District 23 (Northeast Portland) visited PCC’s Southeast Campus on Friday, Nov. 13 to have a conversation with students. More than 65 students, staff and faculty attended this event, which was the biggest turnout for the campus’ weekly Conversation Café.

Conversation Café started in 2011 in an effort to engage the English for Speakers of Other Languages (ESOL) student population at the Southeast Campus in a free, non-classroom setting and allow them a place to practice language skills through authentic conversation. Sen. Dembrow talked about the details of the Oregon Promise Program and shared the history of how the bill commonly known as “Free Community College bill” came to pass. He discussed that it took years for something like this to come to fruition, but that it started because of the interest and perseverance of students who engaged in the process.

“The students who helped us make this change were just like you,” Sen. Dembrow said. “Your personal, lived experience is powerful and can influence the system.”

Sen. Dembrow is a favorite at Portland Community College as he taught for years as an English and film studies instructor dating back to 1981. In addition, the senator talked with students about the two ways to get engaged today – get involved in the Associated Students Body of PCC (student government) and the PCC Legislative Internship Program, which is the only one at a community college in the state of Oregon. He stayed to answer questions from the students, including on topics such as the high cost of textbooks and whether or not he missed teaching, which he answered, “Yes, I do!”