This content was published: July 7, 2014. Phone numbers, email addresses, and other information may have changed.

A partnership between Portland Community College and the Beaverton School District is giving 250 area high school students a head start on college.

The two-year Beaverton Early College High School allows students who don’t seem to fit in with the traditional high school setting a chance to complete the last two years of high school while earning college credit full-time at PCC. The students can still graduate and walk at their high school commencement where they remain enrolled as well as participate in PCC’s graduation when they earn their associate’s degree. When they transition out of the program, the students have earned 70 or more hours of transferable college credits. 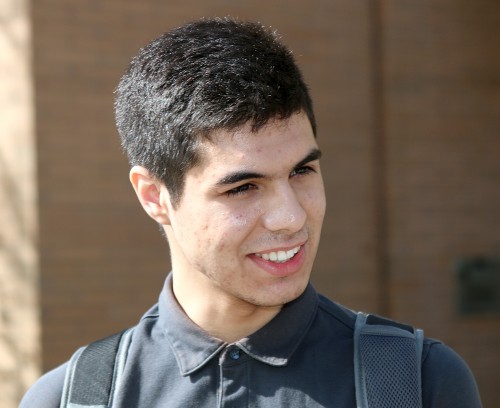 After entering the Early College High School, Marlon Lua said he’s on track to earning a mechanical engineering degree from Oregon State University once he transfers from PCC.

“It’s part of the mission to serve,” said Karen Sanders, division dean of Business, Applied Technology, World Languages and College Prep at the Rock Creek Campus. “I think the biggest piece of this is it really facilitates the pipeline between high school and college. This partnership really gets them exposed to college earlier so they are able to continue on to a four-year school.”

In the Beaverton Early College High School, students attend PCC full time, taking regular college courses with PCC students. The participants, who have their tuition paid for by the Beaverton School District, confer with an Early College counselor to choose classes that meet high school graduation requirements and develop an academic plan. Staff at the Rock Creek (17705 N.W. Springville Road) and Sylvania (12000 S.W. 49th Ave.) campuses provides support and guidance to the students. Additionally, students are part of a cohort that takes three courses – “College Success and Survival,” “College Study Skills” and “Career and Life Planning.”

“I know what I want to do,” said 18-year-old Shelley Catu-Cumez, who escaped a tough situation at her Beaverton area high school to attend PCC and is now on her way to Western Oregon University to get her teaching credentials. “I’m motivated to actually go and continue my career; something my parents never thought one their daughters would do. Now I have a clear path to what university I want to go to and what career I want. It’s great.” 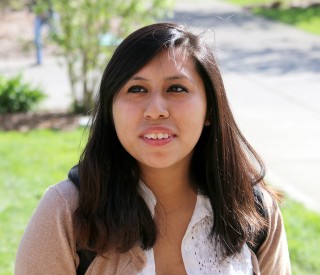 “I’m motivated to actually go and continue my career; something my parents never thought one their daughters would do,” said 18-year-old Shelley Catu-Cumez.

The students come from a myriad of backgrounds. In the last three years, 250 students attended PCC full time with almost half coming from poverty and 45 percent being first-generation college students. Thirty-four percent are bilingual and 33 percent are minority students. Of the students who complete the program, 98 percent earned a high school diploma with an average grade-point average of 3.0 (one third of the students make the PCC Honor Roll).

“I think the program is serving the students well,” said Linda West, principal of the Early College High School. “Because of the dual credits they earn we are accelerating students who would be at risk.”

In the Early College Program, high school students mix with college students and interact with a wide variety of people at PCC. West said the students feel empowered and have a voice. The environment also helps the students to grow and focus on what they want to do. Some even go on to prestigious four-year universities like Santa Clara, Penn, Cal-Berkeley and Cornell University, to name some.

Marlon Lua is a junior from Sunset High School and is in the Early College Program. He said he faced internal conflict on what he wanted out of school. Lua admitted he got into some bad habits at his high school and his academics suffered. Now, after entering the Early College High School he said he’s on track to earning a mechanical engineering degree from Oregon State University once he transfers from PCC.

“Being in class with mature adults has been helpful,” Lua said. “There’s more to life than what I was aware of. It has forced me to be a little bit more mature.”