This content was published: May 16, 2012. Phone numbers, email addresses, and other information may have changed.

World-class curator coming to the Sylvania Campus on May 18

Charlotta Kotik, curator emerita of Contemporary Art at the Brooklyn Museum of Art, will be visiting the Sylvania Campus on Friday, May 18 to present on Louise Bourgeois, a leading 20th century French-American sculptor. Entitled “The Universe of Memory,” the session will take place in the Little Theater (Communications Technology Building) from 12:30 p.m. to 2 p.m. All faculty, staff and students are welcome. 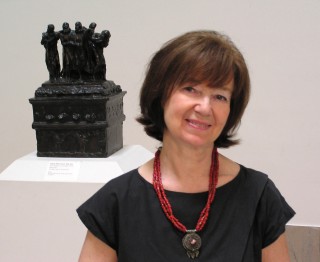 Charlotta Kotik will speak on sculptor Louise Bourgeois May 18 at the Sylvania Campus.

A native of Prague, Kotik served as the United States commissioner for the Venice Biennale in 1993, where she presented works by Bourgeois in an exhibition that later traveled internationally. Over the course of her career, Kotik has organized more than 100 museum exhibitions and presented work by some of the most influential contemporary artists of our time including Mariko Mori, Kerry James Marshall, John Cage, Jenny Holzer, and Robert Longo.

“Having a world-renowned curator like Charlotta come to Sylvania to present in person to my students is such a tremendous opportunity for them,” said Marie Sivak, a sculpture instructor who was instrumental in coordinating Kotik’s visit.

“I would like to establish an ongoing ‘Women in the Arts’ lecture series in which we have an annual lecture led by a significant woman working in the visual, performing, and literary arts,” said Sivak. “Having Charlotta present this spring is a wonderful way to lay the groundwork for the evolution of such a series.” 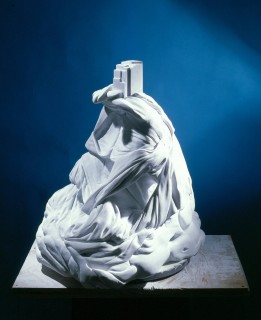 Kotik will highlight Bourgeois’ spirit of experimentation that addressed a depth of human feeling free from conventions and sentimentality. Bourgeois became a monumental presence on the international art scene while staying true to her conviction – that personal memory is the deepest well of inspiration.

“The Universe of Memory” is funded by the Oregon Arts Commission, The Ford Family Foundation, The Alice Jacobson Fund, SHINE, the Sylvania Women’s Resource Center, and the Office of the Sylvania Campus President.