This content was published: September 13, 2011. Phone numbers, email addresses, and other information may have changed.

Richard Goodwin’s first novel “Scattershot” is available from Amazon, Barnes and Noble, iBooks, and Google Books. Goodwin is an ESOL instructor at the Southeast Center. Written when Goodwin lived in Sapporo, Japan, the novel was accepted last year by Seedpod Publishing, an e-publisher based in Los Angeles. He spent the following year revising the story with its editors. 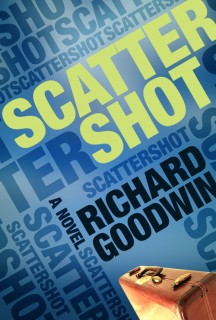 “The story has undergone so many revisions I’ve lost count,” Goodwin said. “I enjoy rewriting, watching the story change and develop with each new draft. In my writing classes at PCC I stress the importance of rewriting. ‘Don’t expect your first draft to be perfect,’ I tell my students. It’s okay to make mistakes.”

The story of “Scattershot” is about a young drifter named Wicker, who wants to win enough in Las Vegas to get his stuff out of storage, buy a van, and never work again. He winds up with a lot more than he bargained for when he takes a ride with Edna, a retired middle school teacher with an agenda of her own.

Goodwin is from Centereach, New York and has a bachelor’s degree in English from the University of Washington, and a master’s in creative writing from Antioch University in Los Angeles. He has been teaching ESOL at PCC’s Southeast Center for two years. 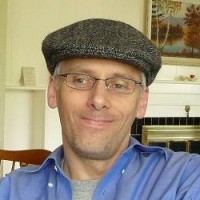 “My first experience teaching English to non-native speakers was in 1993, when I was a volunteer tutor with the Saint James Refugee Program in Seattle,” he said. “From there I went on to teach at a language school in Izmir, Turkey, and then at several English conversation schools around Japan. I love working with people from other cultures. My students have amazing stories to tell, and they often inspire my own writing.”