This content was published: November 4, 2010. Phone numbers, email addresses, and other information may have changed.

Nguyen Truong is one of many Vietnamese students at Portland Community College who is changing his future for the better.

He’s almost completed his transfer degree and plans to move on to Portland State University to get his bachelor’s and master’s degrees in business. When he’s done, he wants to put it to good use. 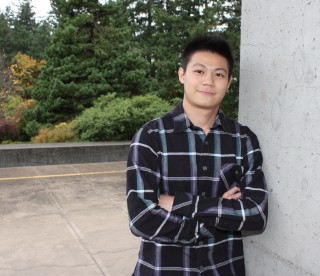 Like many international students, Truong will use his education to assist with the family business back home in Vietnam.

“I want to help take care of my family business back home in Vietnam,” Truong said.

The bubbly third-year PCC student is one of 700 students from 90 countries enrolled at PCC as international students. PCC has been growing its International Education Program (up by 17 percent year over year) to help meet its mission of achieving diversity goals established by the college’s Board of Directors. The top nations represented at PCC include South Korea, Vietnam, Japan, China, United Arab Emirates, Qatar and Saudi Arabia, to name a handful.

One of the organizers is Truong, who hails from Ho Chi Minh City (Saigon). He’s been taking business courses at PCC for the past three years and will transfer in a few terms. He started in Canada at the high school level, but thought enrolling in a college in the United States to get his business degree would be a better fit.

“I asked people around here and they told me I should go to PCC,” Truong said. “The class environment here is what I like most. Back in my country, you don’t get to participate much. Over here, some classes I have to really talk. Instructors back home will talk and you are supposed to write down what they say.”

Truong likes American culture for its directness and he actually enjoys the cold weather in Oregon. Still when he first came to Portland, there were cultural adjustments but thanks to family and a strong local Vietnamese community, he said he made the transition smoothly. Now, he hopes to introduce himself to more PCC students at International Education Week.

“I meet some people here and they have no clue there are students from other countries that come here to study,” Truong said. “It’s important to show them we are not 100-percent American at PCC and we as international students bring something different to the college. The whole experience is important for a college to have.”