This content was published: July 29, 2008. Phone numbers, email addresses, and other information may have changed.

The Washington County Museum is pleased to host an Oregon Chautauqua program from the Oregon Council for the Humanities. University of Portland history professor Mark Eifler will discuss the myriad global consequences of a famous expedition in “Lewis and Clark and the International Competition for Oregon.” This free, public program will take place on Wednesday, Aug. 20 at Washington County Museum at the Rock Creek Campus. 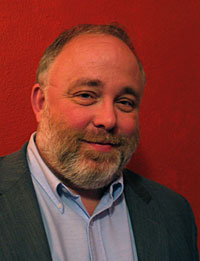 The Pacific Northwest coast was a hotbed of international competition between 1775 and 1815, when four nations—Spain, Russia, Great Britain, and the United States—sought control of the region. By the time of the Lewis and Clark Expedition, it was apparent that the key to regional dominance focused on the mouth of the Columbia River. Most students of American history are familiar with the scientific goals President Jefferson established for the Corps of Discovery, but Jefferson also had his eye on political and economic power as he sought to map the vast territory recently purchased from France.

Although the expedition did not make direct contact with representatives of the other nations, Eifler’s program explores the remarkable geopolitical ramifications of Lewis and Clark’s journey: the end of Spain’s already weak hold on the Pacific Northwest, a frenzy of Russian activity to seize the coast, and a further opening of the door for British fur traders.

Oregon Council for the Humanities is an independent, nonprofit affiliate of the National Endowment for the Humanities that is dedicated to the belief that knowledge and ideas are fundamental to the health of our communities. More information about OCH’s programs and publications, which include Oregon Chautauqua, Humanity in Perspective, and Oregon Humanities magazine, can be found at www.oregonhum.org.

The Washington County Museum is open 10 a.m. to 4:30 p.m., Mondays through Saturdays except major holidays. Admission: $3 for adults, $2 for seniors and youth ages 6-17. Admission is free for children under 6, members, and PCC faculty, students and staff.