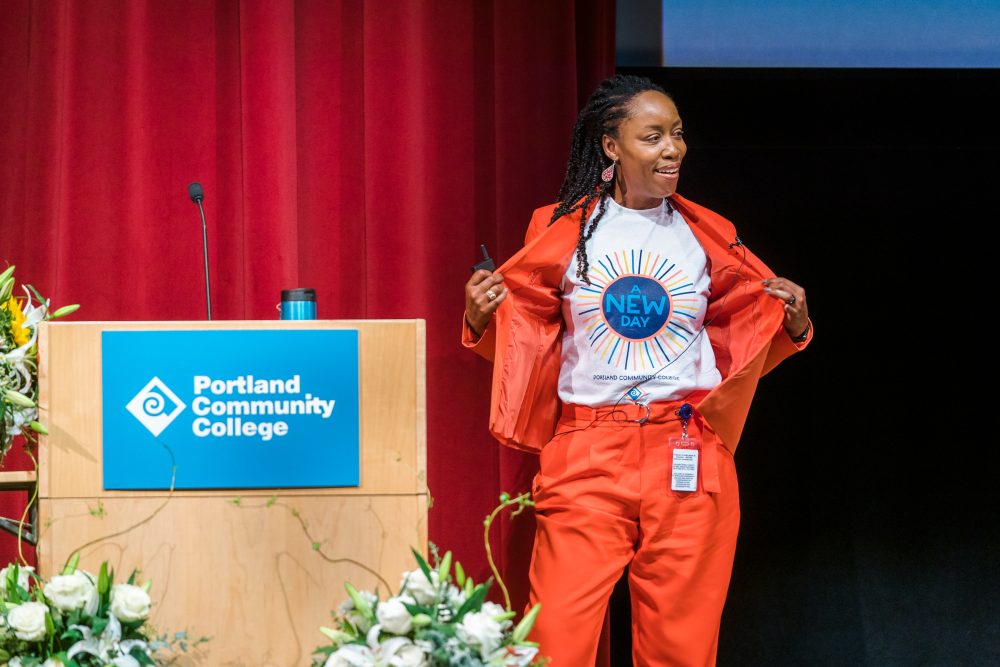 The old-time football motto, “When the going gets tough, the tough get going,” is one that easily applies to West Texans, whose reputed attributes include strength of character, determination and discipline. They’re also known to be generous and supportive in “a huge West Texas way.”

So, you don’t need to prod Dr. Adrien L. Bennings, Portland Community College’s new president, about where she comes from – she freely admits to being a West Texas girl. You see it in her actions and decision-making. And some-times even in the way she speaks.

“I don’t have a strong twang, but I will drop a few ‘y’alls’ here and there,” she said.

In April 2022, Bennings was selected from a national search to become PCC’s eighth president, making her the college’s first permanent female president in its history.

“We were tremendously impressed by Dr. Bennings’ passion for the transformative power of community colleges,” said Mohamed Alyajouri, PCC board director and former chair, who participated in the presidential search. “We believe that her special combination of strengths, skills and attributes will advance our college, enhance our culture, and benefit the students and communities we serve.” 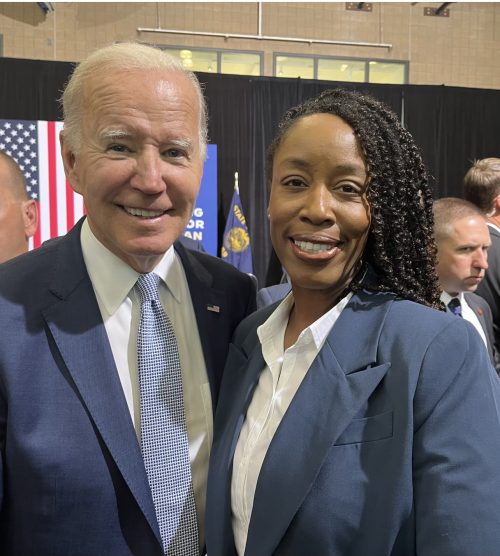 With a desire to make a difference in the lives of PCC students, she aims to build on the college’s success stories, such as filling the gap in food and housing insecurity.

“PCC’s mission really speaks to me – its focus on students and collaborative culture with an emphasis on equity and inclusion – and I wanted to be a part of that,” said Bennings.

“In my research of PCC, I understood there to be a great group of people who were committed to the mission, especially during a time that was overwhelmed with change, in large part because of COVID,” she continued. “I saw a natural alignment with my skill set and experiences – organizational change management, relationship- and team-building, and cultural transformation.”

Bennings credits growing up in a military household (her father was stationed at Reese Air Force Base in Lubbock, Texas) with providing her the structure and support she would rely on later in life.

As a teenager, Bennings excelled at academics and was a decorated athlete. By the age of 16, she had graduated from high school and earned a full-ride, track-and-field scholarship to Texas A&M University. But her young age hadn’t prepared Bennings for what she would encounter as a freshman at a large university.

“I was just not ready for that level of experience, and I had some challenges adjusting socially, with discipline and going to class, as well as knowing what resources were there to tap into for help,” she said. “My grades suffered, and that’s when community college became part of my educational journey.” 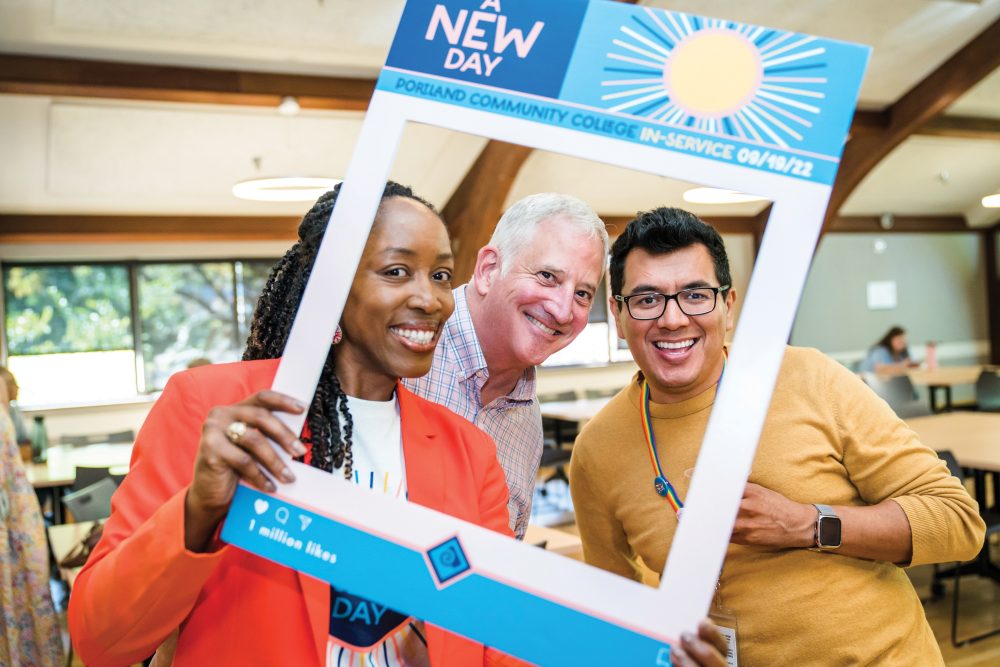 Enter Odessa College, where Bennings restarted her academic journey. She received a personalized experience that helped her adjust to college life.

“I needed that time of transition, to get my grades up and ease the adjustment to being a college student,” said Bennings. “It was a tremendous blessing in disguise in a number of ways. I came out of Odessa carrying value from the experience of attending a community college that really prepared and helped me to adapt, so that I could be a successful university student.”

Bennings returned to Texas A&M, reclaiming her sports scholarship and graduating with a bachelor’s degree in agricultural development. After a professional track and field career, her work at Texas Tech University’s health and science center sparked an interest in continuing her education; this led to a master’s degree in business administration with a human resources concentration from Wayland Baptist University.

“I’ve always loved to learn,” she said. “The day you stop learning is the day you don’t live. Learning has been ingrained in me, from the time I was a young girl, and there is always something more to learn, about everything.” 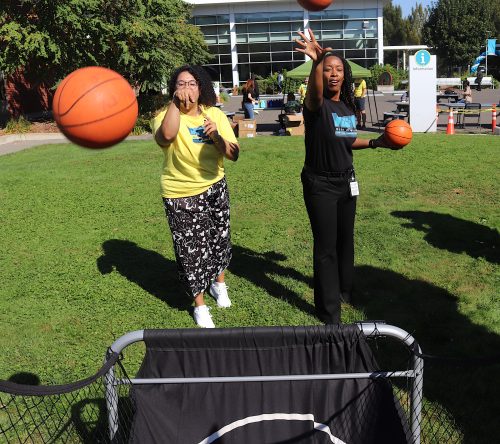 During this journey, an unintended pregnancy threatened to derail her educational pursuits and, possibly, her career. Instead, she formed a tight-knit bond with her family, bringing them closer and giving Bennings strength.

“My mother and father are really pillars and got me through being a single mom,” said Bennings. “They helped me take care of the baby. I was always preparing for the worst, but it never happened because of their support.”

Since then, her professional journey has continued unabated. Bennings has held executive and top tier positions in higher education for more than 15 years. Before arriving in Portland, she served as the president of Kellogg Community College, one of 28 community colleges in Michigan. She is a certified peer reviewer for the Higher Learning Commission and has taught courses in human resources development, academic development and retention, and small business development.

In addition to her father, who continues to be her go-to advisor, Bennings’ husband and two children have been sources of strength as her career has advanced. Given her life experience and the support system she’s had, Bennings hopes to inspire PCC students.

“You may be the one on this educational journey, but there are others around you who lend themselves to helping you, guiding you, being a listening ear, and sometimes just being physically present,” said Bennings. “For me, that type of support network has been a key component in all phases of my life. I want PCC to play that role in our students’ lives.”