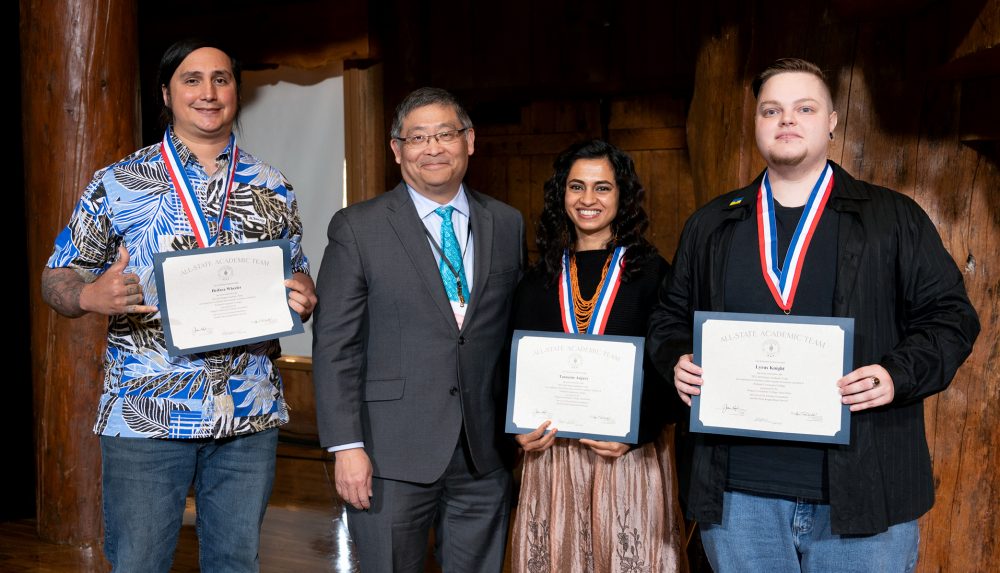 The Oregon Community College Association announced the selection of 41 members from community colleges across the state to the 2022 All-Oregon Academic Team (AOAT). These student scholars are selected for their academic excellence, leadership, and community service, and many are members of Phi Theta Kappa, the nation’s community college honor society.

OCCA hosted the All-Oregon Academic Team Luncheon on April 15 at Sunriver Resort in Central Oregon to honor the AOAT students and their families.

“I’d like to congratulate these outstanding student scholars for their achievements and the impending completion of their community college degrees,” said OCCA Executive Director Morgan Cowling. “As some of our very best and brightest, these students represent hope for a strong future in Oregon.”

“Their stories are powerful and inspiring, and OCCA would like to thank these students for having the courage to share them with everyone at the luncheon,” Cowling said.