It’s a classic story of love and family that has been shared and adopted by thousands of people — the timeless play “Romeo and Juliet” — is set to be performed by the Theatre Arts Program at Portland Community College via Zoom from March 4-7.

For the first time at PCC, the well-known story will be told using puppets in a time when guests can’t come to the college’s Performing Arts Center, located at the Sylvania Campus in Southwest Portland. The Theatre Arts Program wants to make those who tune in, still, feel like they are watching the play in person. 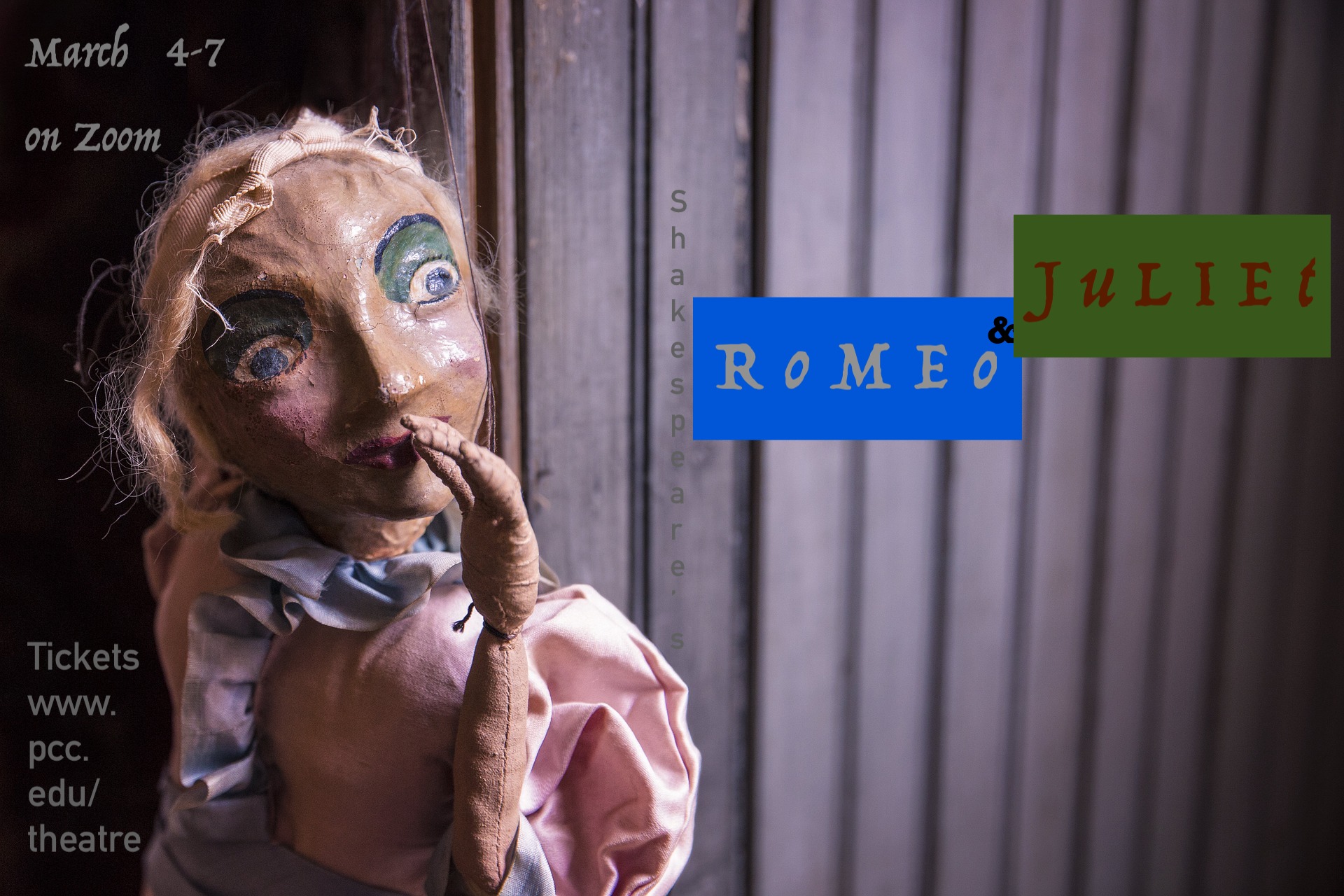 “We created an environment, like we do in the theatre when we’re in person, where the community is the point of the production, not the show itself,” noted Patrick Tangredi, theatre director. “The focus is on the whole, not the parts. We also used creative visuals and coordination.”

With 20 puppets created by the students with help from Costume Design Instructor Sarah Gahagan, it took seven weeks for the ensemble of marionettes to be created.

“We’re using puppets because it allows the audience to project a lot of their feelings onto them, which on Zoom is surprisingly theatrical,” Tangredi said.

In line with Oregon Governor Kate Brown’s stay-at-home orders, the theatre staff wanted to continue its quarterly productions and bring hope during a time when many of us are feeling isolated from friends and family.

Tangredi admits his crew learned many lessons after presenting the fall show, “A Christmas Carol,” online.

“More frequent breaks,” he said. “We now have a better sense of the audience dynamic and how to relate with them, and we’re taking bigger artistic risks as we have a bit more confidence.”

Written by William Shakespeare in the late 1500s, the play was one of his most popular with a storyline that is still relevant today. Set in Italy, two young lovers from dueling families find themselves in the middle of their closest relatives’ feud, while threatening their relationship in one of the greatest of tragedies.

In total, 16 students will be helping with the production, led by Cait Smith as Romeo and Skylar Reilly as Juliet.

There will be no tickets for the event, but there is a suggested donation based on past admission prices, which include $5 for students, seniors and veterans, and $10 for general admission. The proceeds from the donations will go directly to scholarships for theatre students.