This content was published: January 17, 2020. Phone numbers, email addresses, and other information may have changed.

PCC celebrates inductees into the college’s inaugural Hall of Fame 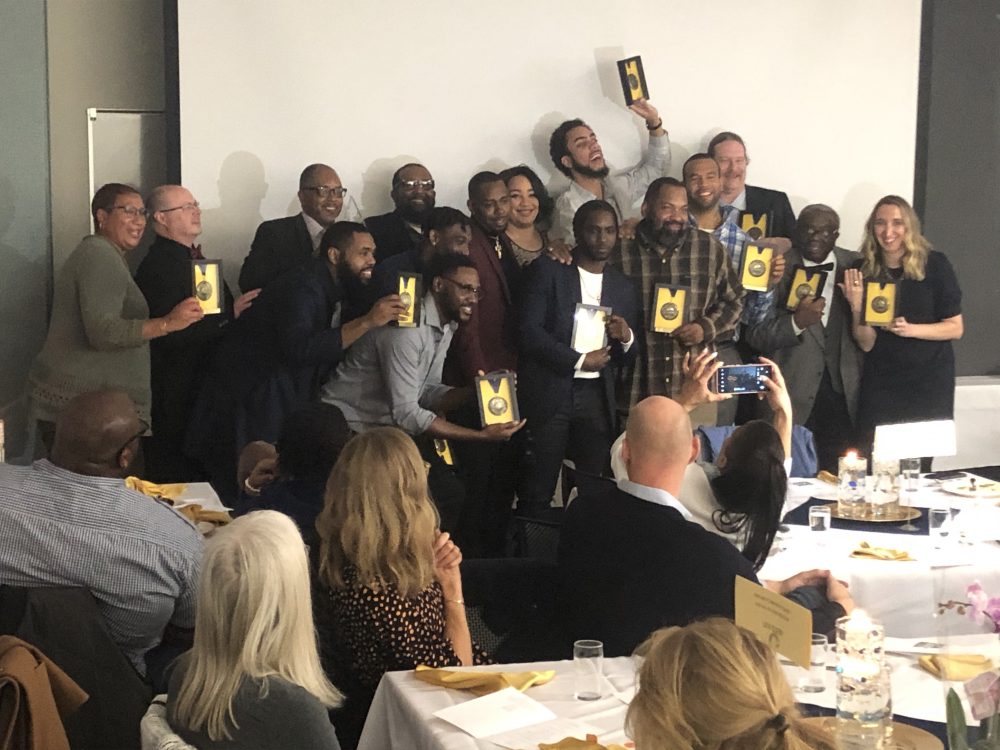 Players and coaches from the 2013-14 NWAC champion Panthers men’s basketball team. They were inducted into PCC’s brand new Hall of Fame.

Portland Community College entered a new era this past fall with the creation of the PCC Athletics Hall of Fame.

The momentous occasion was marked in November with the first-ever Hall of Fame Banquet at the Cascade Campus, where the athletics program is based. The Hall of Fame was created to recognize outstanding student-athletes, teams, and individuals.

“We wanted to honor our players, coaches, and community members for their hard work and sacrifice over the years,” said PCC Assistant Athletic Director Tyrone White, “and we also wanted to lay the foundation for future athletic success here, something that will endure.”

Appleton was an All-American for Central Catholic High School in Portland. He won a full-ride scholarship to Oregon State University to play football. Unfortunately, he suffered a serious injury that led to a downward spiral in his life. He turned to drug use, became homeless, and eventually did time in prison. He got himself clean and, after his release, had a chance encounter with a PCC staff member and came to the college to play basketball.

Appleton was the starting power forward and key leader for the conference-champion 2013-14 men’s hoops team, and went on to earn a scholarship to Lewis & Clark College, where he played both basketball and football. After earning his bachelor and master’s degrees from Lewis & Clark, he is currently enrolled in a doctoral program at George Mason University, where he is pursuing criminology.

“We wanted to honor Carl for his incredible perseverance and dedication,” White said. “We also realized that this is the kind of kid who goes to community college. We wanted to hold him up as an example of what people can accomplish when they set their minds to it.”