This content was published: October 28, 2019. Phone numbers, email addresses, and other information may have changed. 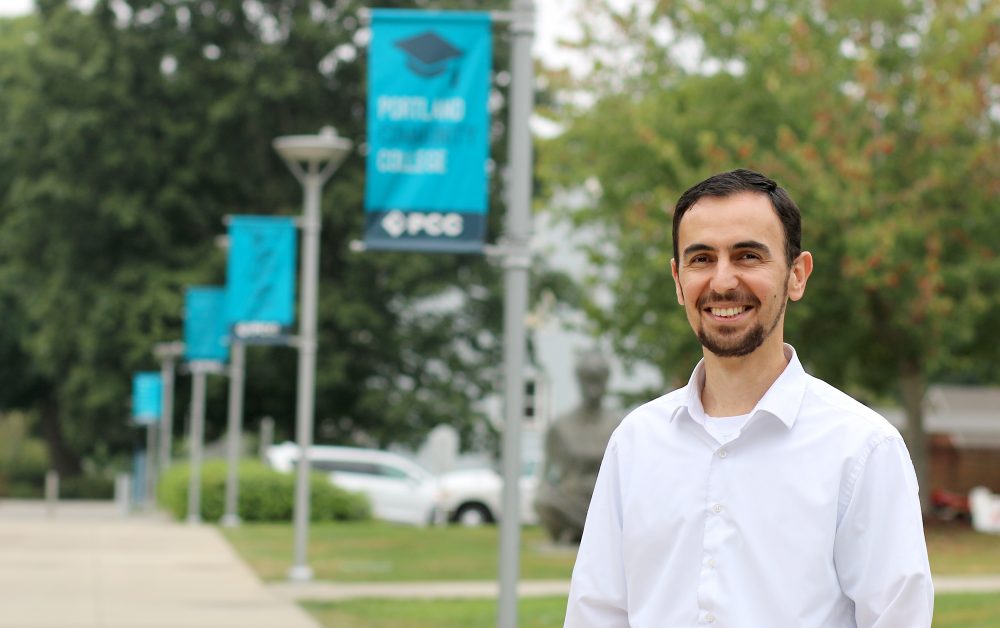 Vehapi works as a student resource specialist at PCC’s Southeast Campus, teaching a myriad of college survival and success courses, as well as a non-credit class called, “How Islam Shaped World History.”

On the first day of school, a young Muslim Albanian named Flamur Vehapi arrived to his second grade classroom to find soldiers.

“We were told, ‘Get lost, this is not your school anymore,’” remembered Vehapi of his Kosovo school. “That message was being repeated all over the country. From that point on, only Serbian children were allowed to go to school.”

For the next seven and a half years, Vehapi, his family, and other ethnic Muslim Albanian students had to find places to secretly learn as the country’s leadership preferred the Eastern Othodox Serbs. It was that experience that instilled a love of education in him.

“I almost got killed trying to go to school,” he said. “I would be stopped on the road and humiliated, beaten, and have things thrown at me, but I wasn’t going to give up. I knew I was going to get an education to help myself and my family someday.”

The conflict intensified and reached a crisis point for all Albanian families like the Vehapis in 1999. Soldiers came to their village, demanding cash and valuables, threatening to return in two hours for their remaining possessions.

“They told us they would shoot anyone who refused them,” Vehapi said. “As soon as they left, we jumped in the car. We didn’t know where we were going, but still, we just went.”

Only Serbians were allowed to pass through check-points, and anyone who didn’t stop could be shot, he said.

“We were careening toward the check-point, my dad insisting he wouldn’t stop, and the soldiers were waiting for us,” Vehapi recalled. “One had his gun poised, drawn and ready for the moment we came into range.”

Thankfully, another soldier recognized his father from the restaurant he owned and let them pass. They stayed with family in a nearby village for two weeks, but being surrounded by burning houses and daily bombings, as well as looting and limited food, they knew they had to leave.

Eventually, the Vehapis were escorted across the Macedonian border in the middle of the night. On the other side, they could still hear the bombings, but were safe.

Over the next five months, they were shifted from one European refugee camp to another. When the war ended, they returned home to find their house had been burned to the ground. 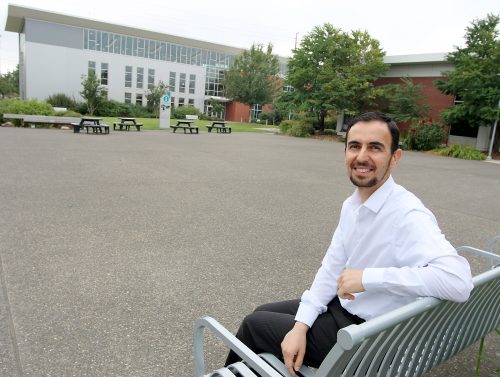 Flamur Vehapi feels right at home at the Southeast Campus.

“War is always chaos,” warned Vehapi, who lived in a vacated apartment building while his family rebuilt their house.

As the country recovered, he met some aid workers from the United States. One of the families was from Jacksonville, Oregon, and they invited him to come and study there, which he did in 2005.

Thanks to that opportunity, Vehapi now lives in Portland as a researcher, poet, literary translator, academic success coach and instructor. He is in the second year of his Education and Leadership doctorate program at Pacific University. In 2013, he received his master’s degree from Portland State in Conflict Resolution.

Vehapi works as a student resource specialist at PCC’s Southeast Campus, teaching a myriad of college survival and success courses, as well as a non-credit class called, “How Islam Shaped World History.” He loves being able to share how Islam has impacted both the East and West, and the role it played in the translation and transmission of knowledge.

“My favorite part of teaching is when students have that “Wow” moment,” Vehapi said.

He feels that living in America has helped him become more spiritual, because he’s spent so much time explaining his faith and battling misinformation about Islam.

“I work with students to help them understand how people from different cultures interact with each other, and, in some ways, to approach people of different backgrounds,” Vehapi said. “We forget that we all have different contexts.

“And PCC is a place where students and staff can connect and heal,” he added. 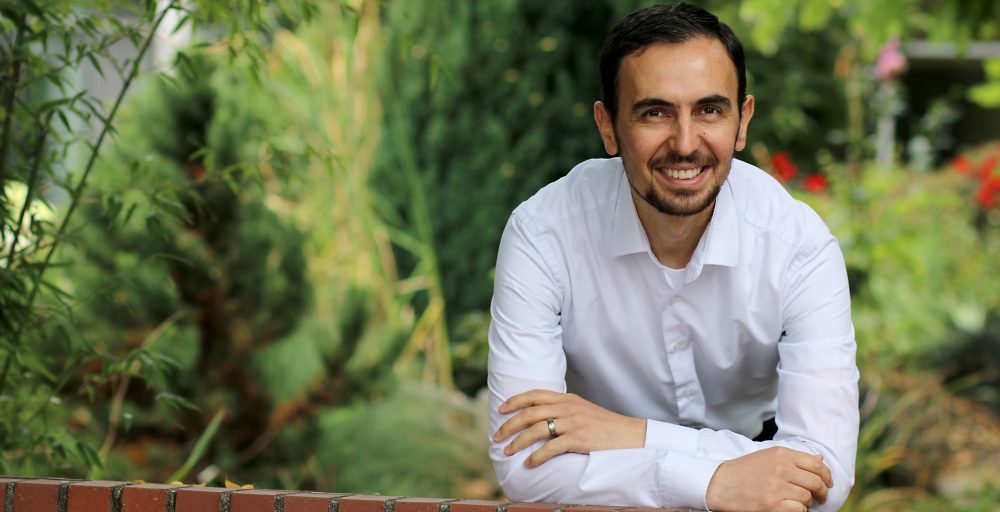 x by Homa 2 years ago

x by Stella 2 years ago

Thank you for sharing this story! It’s easy to forget what a privilege it is to be handed education – you are inspirational and I’m so happy you’re able to be here, passing along your knowledge.

x by Mariam 2 years ago

Thanks for sharing. You were the best academic coach we had for last the past few years for MSA. You still are and we are glad to have you as one. May Allah bless you with all the hard work you have done for us.

x by Abdullah 2 years ago

Thanks for sharing. You were a great example of someone who wants to achieve their life and here in Portland, we are always welcomed. I been granted to reach my goal by all the best humble people of Oregon . Wish you all the best of the best in your journey to show others so they can learn how to create a pah from suffering into success. Pcc is a great place or all of us to be a great part of success.