This content was published: August 12, 2019. Phone numbers, email addresses, and other information may have changed. 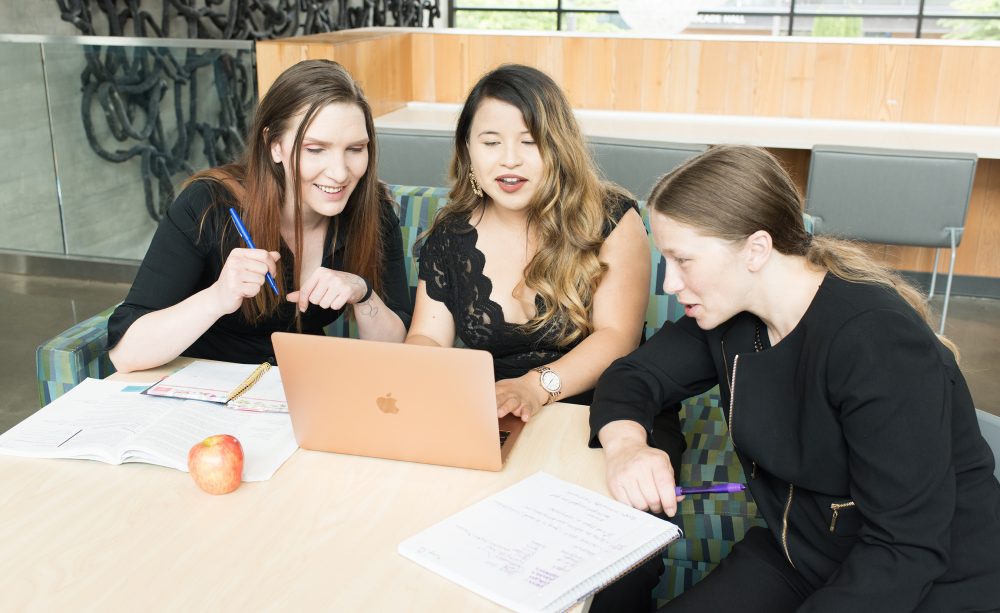 If these students have their way, eco-friendly vending machines will be the wave of the future.

A Portland Community College student inventor team pitched their green business concept at the finals of the InventOR competition. It is a statewide prototyping and inventing contest for Oregon collegiates and is sponsored by numerous organizations like The Lemelson Foundation.

PCC’s Adriana Garcia and sisters Claressa and Meranda Tracy-Manning presented the idea of Vend Renter, which is a smart vending machine that enables customers to rent or purchase a range of recreational and outdoor products like sports and outdoor equipment, first-aid kits, sunscreen, towels, and more. It’s also equipped with device-charging lockers to charge phones, tablets, and laptops, while broadcasting Wi-Fi.

“Being a part of this was amazing,” said Meranda. “Seeing Vend Renter in competition with all of these great inventions was inspiring. We had fun telling people about Vend Renter and explaining why it could make a difference in their lives and benefit the environment.”

Team Vend Renter met during the fall of 2018 in instructor Heidi Sickert’s “Intro to Entrepreneurship” class at PCC’s Cascade Campus in North Portland. Their final group project was to come up with a three-minute business pitch about a new, innovative product or service.

During a brainstorming session, the idea just came to them. 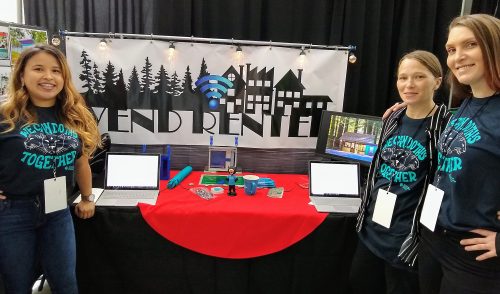 “My sister and I go on family outings as much as we can,” said Claressa, who is helping to raise Meranda’s two children. “We want the kids to have a healthy love and respect for outdoor time. So many times we either didn’t bring what we needed for the occasion, or found something we wanted to try out. We asked ourselves, ‘Wouldn’t it be nice if the fun things were already at the fun places?’”

Vend Renter was off and running. To compete in InventOR, the students needed to broaden and refine the concept for their invention, as well as hone their three-minute pitch and supplement it with a business plan, target markets, and estimates of production costs and eventual profit margins. Sickert lent her time and expertise to the team to navigate this process.

“Heidi is our hero,” Claressa said. “She was our guru and mentor. I don’t know if we could have gotten this far without her. She put in so much extra time outside of her class load to work with us.”

With Sickert’s guidance, Team Vend Renter made it past the preliminary round of InventOR and earned a spot in the state finals held at Portland State University last June. As a reward, the team received $2,500 from InventOR to be used to refine their prototype and business concept for the state finals.

And in true PCC fashion, the college community stepped in to help, too. The college’s Small Business Development Center helped them wordsmith and refine their pitch while the Multimedia Program aided in the creation of a 3-D animated product rendering.

The team envisions Vend Renter machines deployed in a wide range of settings, each with a unique combination of goods and services for rent or sale. For example, at a campground, a customer could rent camping chairs, flameless cookers, solar torch lights, or purchase first-aid kits, towels, water purification products, toilet paper, insect repellent, and the like. 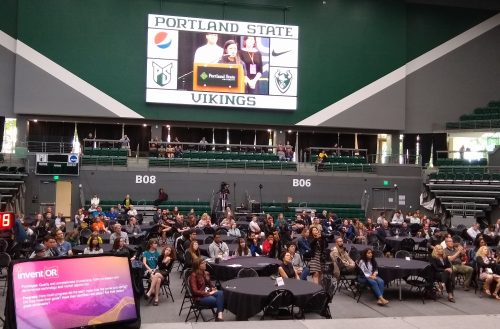 In addition, the machines are designed to leave a light environmental footprint. Once they go into production, they’ll be powered by solar panels and wind turbines built into the units themselves. By renting the same products over and over, the team said, it will allow those products to be used over their full “life span” rather than sitting unused or being thrown away.

When the InventOR state finals rolled around, the team was ready to go toe-to-toe with teams from other community colleges and universities across the state. While their pitch and product concept were strong, it wasn’t enough to bring home the title, which went to a team from the Oregon Institute of Technology.

“It was a great experience,” Garcia said.  “Meeting so many people with great ideas and so much passion behind what they are trying to do was incredible. Being exposed to a competition like this is something that most people do not get to do, let alone students at a community college.”

Will people be able to take advantage of Vend Renter’s services in the not-too-distant future? They just might. The team is exploring their options in concert with the PCC Small Business Development Center, and is also investigating potential sources of start-up capital.

“Team Vend Renter is going to take this as far as we can go,” said Claressa. “We have bought the ticket and now we’re taking the ride. Who knows where we’ll end up?” 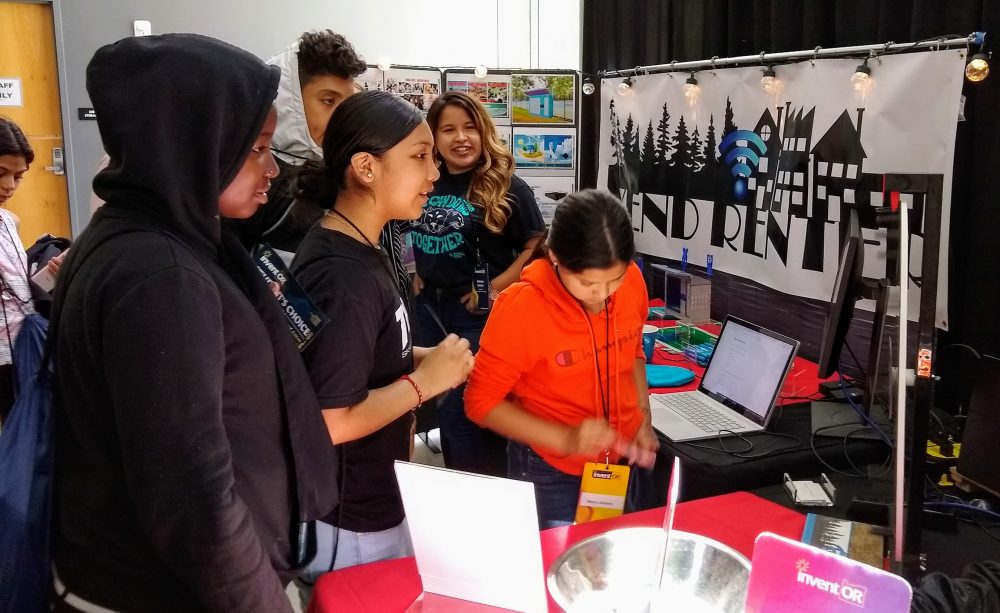 x by Andrew Gibbs 2 years ago

This violates the concept of leave no trace. It is supplying trash to the outdoors, and adding commercialism in the last place on the planet where it does not exist. This is a terrible idea, it is greed based. These “inventors” are not outdoors people, and this idea is devastating. It is ridiculous that such a progressive community is sponsoring such a ridiculous idea.