This content was published: June 12, 2019. Phone numbers, email addresses, and other information may have changed.

Two Portland Community College administrators serving in interim roles have been made permanent in their current positions.

Eric Blumenthal has been appointed as the college’s Vice President of Finance and Administration, and Tricia Brand has been tapped as PCC’s Chief Diversity Officer. Both appointments are effective July 1.

“Eric and Tricia have proven to be exemplary, collaborative leaders for the institution, and I am delighted to announce their full, permanent appointments,” said PCC President Mark Mitsui.

“Since joining PCC, Eric and Tricia have each demonstrated deep knowledge and commitment to the unique needs and concerns of their respective constituents and to the environmental factors that affect the college. They are strategic and creative, and offer a fresh approach and energy to their roles. PCC is fortunate to have their leadership in-house,” Mitsui said. 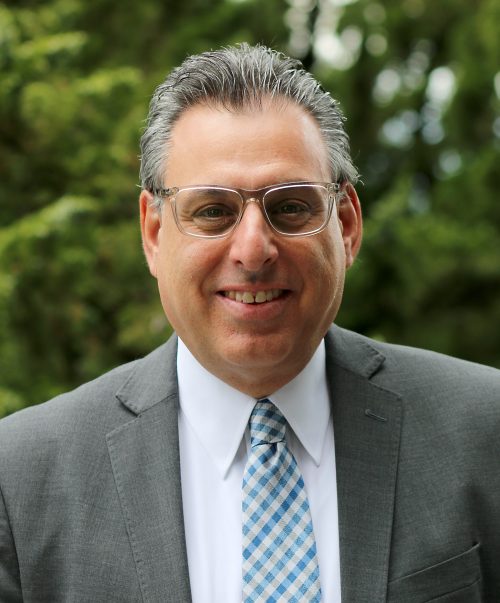 Blumenthal joined PCC in 2016 as the Associate Vice President of Finance and Administration. In this capacity he has provided strategic leadership and direction of all college-wide financial and administrative services related to payroll, procurement, budget, risk/insurance services, bursar operations, treasury, accounting services and financial systems development. He also serves as a peer evaluator for the Northwest Commission on Colleges and Universities, the regional accrediting agency of higher education institutions in Alaska, Idaho, Montana, Nevada, Oregon, Utah and Washington, as well as British Columbia, Canada.

He stepped into the interim vice president role in October 2018, succeeding Jim Langstraat who left PCC in September to join Pacific University. Since then, Blumenthal has been instrumental in the issuance of $172 million in PCC pension obligation bonds to address PERS obligations, working with both bond underwriters and rating agencies — a move that was able to significantly lower the college’s PERS unfunded actuarial liability. Additionally, he has increased visibility and communication efforts about the college’s budget throughout the legislative session, hosting forums and town halls, meeting with a variety of stakeholder and student groups, and regularly presenting budget work to PCC’s elected Board of Directors.

Prior to coming to PCC, Blumenthal served as the Vice President of Finance and Administration at the University of Western States from 2011 to 2016, and before that, as the Director of Business Affairs at Portland State University beginning in 2007. 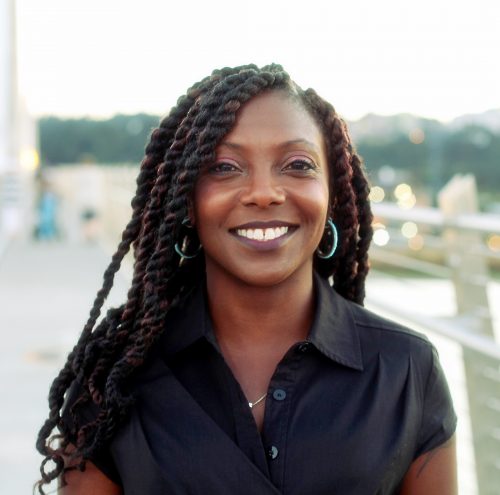 Brand began her tenure at the college in 2014, as the Associate Dean of Students at PCC’s Southeast Campus. In this capacity she supported the Dean of Students in establishing the campus’ first-ever Resource Centers, providing direction to multiple service lines within its Student Services division — academic advising, the orientation center, testing and placement, and career exploration. At the Southeast Campus, Brand was a key collaborator in such college-wide efforts as Oregon Promise, advising redesign, multiple measures in college placement, student retention, degree completion, student conduct (rights and responsibilities), Title IX compliance, and student recruitment. She also served as a campus Title IX investigator, offering guidance and resources to students, faculty and staff.

In 2018, Brand was selected as the interim Dean of Students at the campus, and in January 2019, she was brought on as the interim Chief Diversity Officer for the college, filling the gap left by the departure of Kim Baker-Flowers who joined Cal State University, East Bay (Hayward, Calif.).

In the past six months, Brand has sponsored and organized multiple college-wide social justice workshops, attended by more than 200 employees. She has assisted the president’s office with organization of PCC Faculty and Staff of Color caucuses and the president’s Communities of Color Council. In April, Brand represented the college on a panel regarding equity in the workforce, hosted by the Portland Business Journal as part of its “How Oregon Works” series. She also co-presented an invitation-only, pre-conference panel with Mitsui at the American Association of Community Colleges annual meeting. Additionally, she played an instrumental role in convening, organizing and leading PCC’s presence as part of the National Conference on Race and Ethnicity in Higher Education that took place in Portland last month.

Prior to arriving to PCC, Brand served in a variety of Student Affairs positions at Lewis & Clark College beginning in 2009, including as interim Dean of Students. Before this, she was with the University of Arizona from 2006 to 2009, most recently as its Associate Director of Undergraduate Initiatives.

x by Cam 2 years ago

x by Kate Chester 2 years ago

Thank you for your question, Cam.

The President is the Chief Executive Officer of Portland Community College and responsible to the elected Board of Directors for its proper administration. This includes accountability for the organization and operation of PCC overall, as well as its budget. As such, the President is given authority by the Board to directly appoint individuals to key, integral positions as necessary, so that proper administration of the college is ensured.

Your question stems from a news article announcing the recent appointments of Eric Blumenthal to Vice President, Finance and Administration, and Tricia Brand to Chief Diversity Officer. Both positions are part of PCC’s Cabinet and directly report to President Mark Mitsui. Both positions are pivotal to the success of PCC to ensure that the college lives up to its mission and values, including the advancement of economic development and sustainability; the provision of a collaborative culture of diversity, equity and inclusion; and the effective and ethical oversight of public funds.

Given the expertise of both Mr. Blumenthal and Ms. Brand in their respective fields, as well as the importance of both roles to the health and vitality of PCC, President Mitsui chose to directly appoint each of them to permanent status.

I hope this answers your question, Cam. And as additional background, I’ve provided the following links. Many thanks.