This content was published: May 29, 2019. Phone numbers, email addresses, and other information may have changed.

2019 Student Speaker: Jess Kurtz aims to be the next Rosie the Riveter

Jess Kurtz personifies the saying, “What doesn’t kill you, makes you stronger.”

In 2012, Kurtz moved to Portland from the Bay Area to open up a sales office for her own company. But after just a couple months in town, she was involved in a scooter accident that left her with a crushed skull and fighting for her life at Oregon Health & Science University. 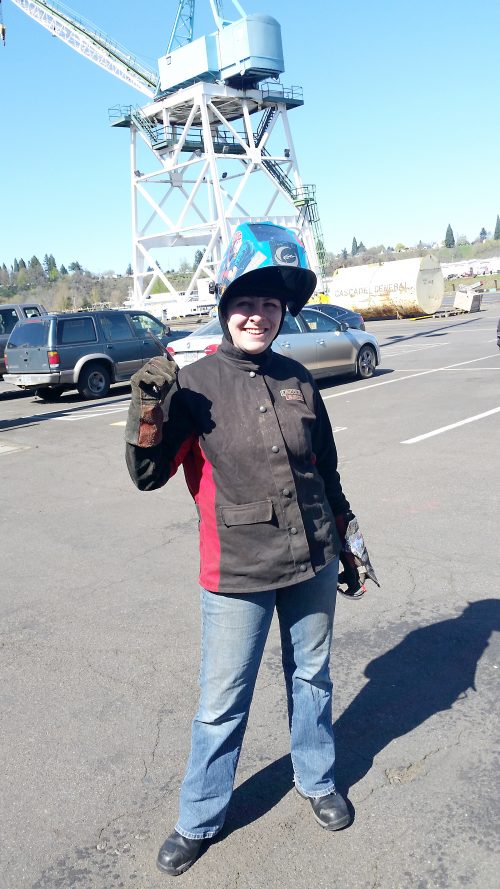 “The left side of my face had been completely shattered including my eye socket, cheek and nose,” Kurtz said. “My shattered pieces were replaced with titanium and I sustained a massive brain injury that forced me to relearn many basic things, such as walking.”

After a long recovery, Kurtz decided to make a career change at age 30, one that could support her better for the long run. The career change involved her going back to college.

Kurtz had always envisioned herself as a sort of modern day Rosie the Riveter. She had dabbled in welding bicycle parts, so she entered the Portland Community College’s Welding Technology Program. She started taking classes and labs at the Maritime Welding Training Center, located at Swan Island in North Portland.

“One of my oldest friends, who was living in France at the time, said if I chose to become a welder I could go to France and build cruise ships,” she said. “It didn’t seem likely that I would ever be able to do something like build giant ships. But lo and behold, the Swan Island center is located in a shipyard.”

The welding program was a perfect fit for Kurtz. She earned a scholarship from the PCC Foundation that allowed her to take classes and find employment a few steps away at Vigor Industrial, located in the shipyard next to the training center. As a result, she began taking part-time night classes and apprenticeship training tied to the union to bolster her skill set. In the past three years she went from making a barely livable wage to making a good salary with excellent benefits and a pension.

As a result of her hard work to reshape her life, Kurtz earned a 3.87 grade-point average and is graduating this spring with an associate degree. As a result of her story of perseverance, she was selected to be the student speaker at this year’s commencement ceremony on Friday, June 14 in the Memorial Coliseum.

And, her recovery just continues. 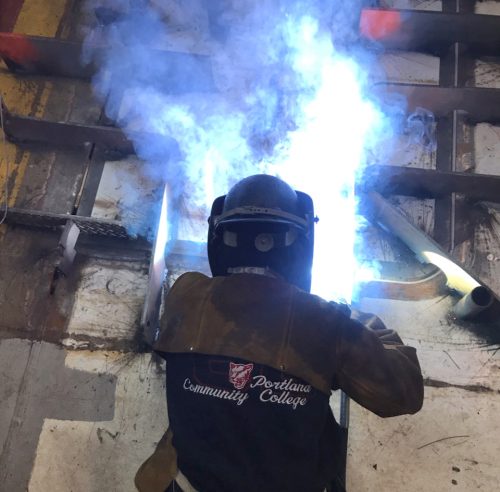 “I was able to regain some depth perception which I had lost due to my accident, and was able to not only drive again, but even bought my first new car,” Kurtz smiled. “I even got to go on vacation, something I was never able to afford.”

As she moves to the next chapter of her life, she is thankful for the support and education she received from PCC.

“What I’ve learned is that by doing what your heart desires, you will end up where you were meant to be,” she said. “No matter where you are in life, or what choices you’ve made along the way, there is always a chance for more. It is never too late to make a change.”