This content was published: May 30, 2019. Phone numbers, email addresses, and other information may have changed. 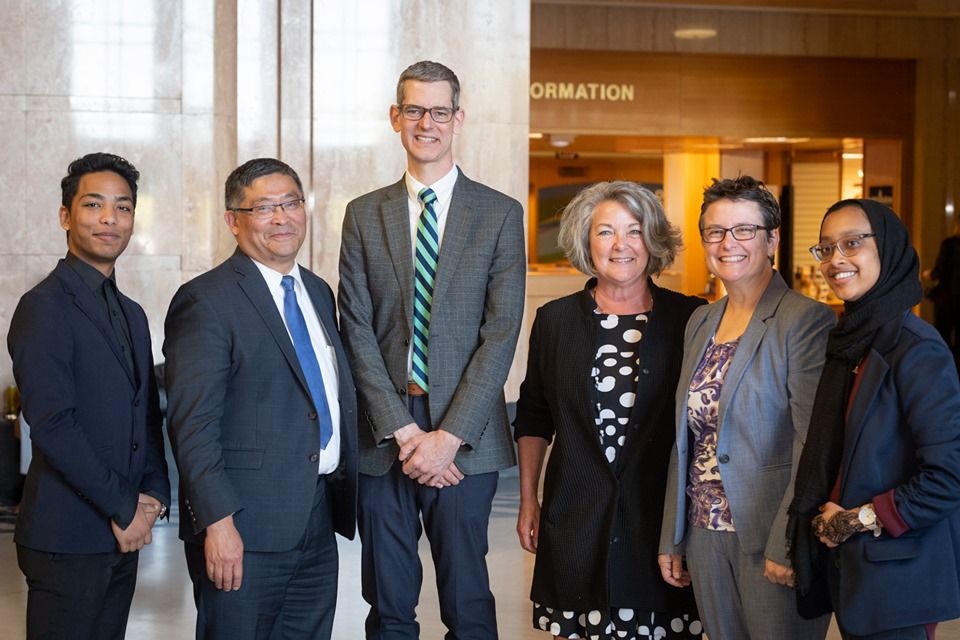 Eleven Portland Community College students have been recognized for their academic work and contributions to the community. This spring, the students were celebrated at the Oregon State Capitol Building, where they were recognized by Gov. Kate Brown and awarded medallions.

PCC’s All-Oregon Academic Team ranges in age from 19-52, and are from hometowns from as far away as Kathmandu, Nepal; Beirut, Lebanon; and Maracay, Venezuela. The students have varied academic interests as well, including engineering, political science, business administration, and sociology, among others. The All-Oregon Community College Academic Team recognizes high achieving two-year college students who demonstrate academic excellence and intellectual rigor combined with leadership and service to benefit society.

It was the 27th year of the program, and is sponsored by the Oregon Community College Association.  The scholars are:

Sucdi Ahmed aspires to be an immigration lawyer by pursuing a degree in law and attending law school. She plans on earning her associate degree this coming June at PCC, after which she will transfer to a 4-year university to work toward a bachelor’s degree in international relations and political science. Her internship this past legislative session and her position as Director of Legislative Affairs at PCC, has led her interest in becoming a US congresswoman one day. Additionally, she will be studying abroad in Japan and Korea this summer for a peace and conflict political science course. She has a 4.0 GPA, making the President’s List and Phi Theta Kappa. 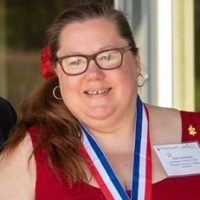 Armstrong did not have much of a childhood growing up. When her parents divorced, she became the parent for her younger siblings and was not allowed to go to school. Later, when she got away, she had her own children. She worked in addition to being a volunteer firefighter, and she tried to go back to school but was not able to. As an unsupported parent, she got her kids through high school and on their way into their careers. Then she went back to school, got her GED in June 2017 at PCC and started college fall 2017. She has been going ever since, earning a 3.70 GPA and making not only the Dean’s List but also Phi Theta Kappa.

When Emad Baghaei was a child in Iran, he dreamed that he could build his own car. He decided that by pursuing auto collision repair and painting, he could combine his creative, artistic nature with his love of cars and have a challenging and satisfying career. Once he completes his two-year degree, he plans to continue adding skills by working as a technician in collision repair and painting. Baghaei has made the President’s List and Phi Theta Kappa with his 3.77 GPA and is a PCC Foundation scholarship recipient.

Christensen decided to study electronics after hearing one of his personal heroes say he learned in his garage by making a pinball machine. When he got laid off from his job at PPS, he saw an opportunity to make good on his decision and went for it. He is also the Pathways to Opportunity Workforce Scholar. The Iowa native is in the Electronic Engineering Technology Program and has a 3.8 GPA, earning inclusion to the President’s List and a National Science Foundation Award.

Karim, a PCC Foundation scholarship recipient, is an international student, who was born in Beirut, Lebanon and subsequently raised in nine different countries. While attending PCC, he has served in many different leadership roles, such as student representative on the Board of Directors, Association of Community College Trustees student ambassador, director of student programs for the Cascade Campus, and vice president of service for the Phi Theta Kappa Honor Society. Karim, who made the President’s List, is studying civil engineering at PCC, has a 3.52 grade-point average, and plans to transfer to Columbia University. 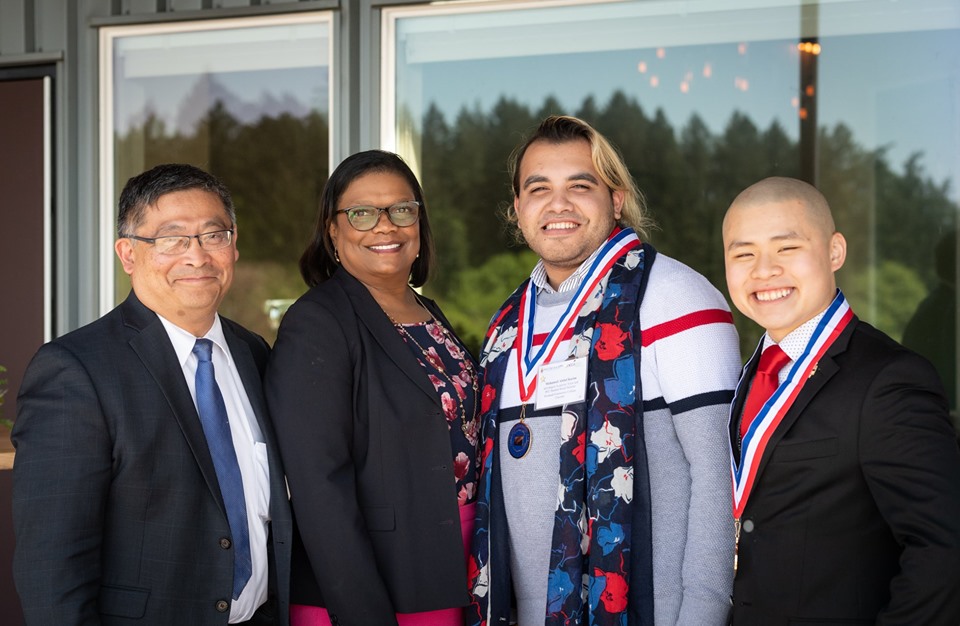 Kevin has always been fascinated by the idea of sparking a life-changing event, being part of a major project and launching a life-changing piece of technology. In this regard, he was involved in several volunteering opportunities through non-profit leadership organizations. He has also developed an eagerness to understand how things around him worked to better them. This helped him define his goal, which is to become a professional bio-material engineer designing bio-material instruments for the betterment of humanity. Kevin is majoring in Mechanical Engineering and has a 3.83 GPA that has placed him on both the President and Dean’s lists.

Kavi Kien, whose preferred pronoun is “they,” is a first-generation student and Future Connect scholar. They have attended Portland Community College for two years, majoring in Business Administration. They are the Phi Theta Kappa President at Cascade and volunteer for Basic Rights Oregon: Catalyst and Peace in Schools. They sports a 3.86 GPA, making the President’s List, and plans to transfer to Portland State University. 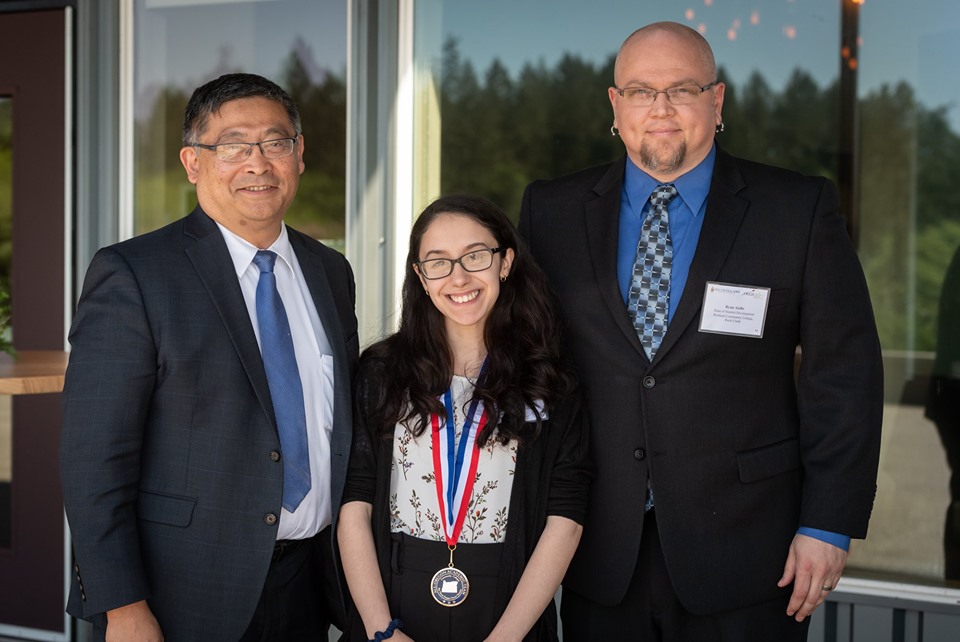 Enrolled in PCC’s Transitions Program, Krajewski got the support she needed to detach from the debilitating past beliefs she’d had about herself as a student. Her experiences in international travel have inspired her to work for global humanitarian aid organizations. She intends to use her education to inspire her children, students and returning adult students, and bring a better quality of life to those in need. The Wisconsin native sports a 4.0 GPA, is a member of Phi Theta Kappa and is majoring in sociology and German. 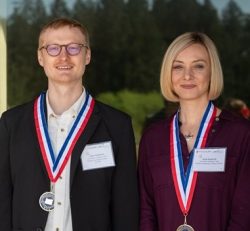 Ruz was born and raised in the South American country of Venezuela. As she grew up, she became aware that her country was going through rough times. Every time she heard about a Venezuelan being successful, she felt happy and inspired. Ruz has a 4.0 GPA and is a member of the President’s List, is majoring in psychology and is transferring to: Reed College.

Shrestha is an international student from Kathmandu, Nepal. His career goal is to build sustainable and resilient large-scale physical infrastructures in developing countries like Nepal. To achieve this goal, he plans to transfer to a university to major in civil engineering with focus on sustainable development. Shrestha has a 4.0 GPA, achieving the President”s List honor, and is majoring in civil engineering. He also serves as the student body president for the Sylvania Campus.

Born in Eastern Europe, Stoica always thought of himself as a big thinker and dreamer. From a young age, technology and computers became a passion for him. Stoica has a 4.0 GPA and is studying computer science with plans to transfer to either Oregon State University or Portland State. A regular on the President’s List and a member of Phi Theta Kappa, he volunteers as a math tutor in his spare time.