This content was published: May 24, 2019. Phone numbers, email addresses, and other information may have changed.

Daria Lewis, a second-year Russian language student at Portland Community College’s Sylvania Campus, was awarded one of the U.S. State Department’s Critical Language Scholarships (CLS). She will travel to Nizhny Novgorod, Russia, for a two-month, all-expenses-paid immersion program this summer. 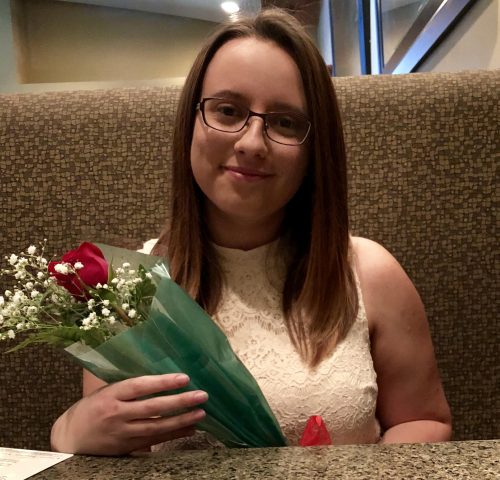 The Critical Language Scholarship Program is a fully-funded overseas language and cultural immersion program for American undergraduate and graduate students. With the goal of broadening the base of Americans studying and mastering critical languages and building relationships between the people of the United States and other countries, CLS provides opportunities to a diverse range of students from across the United States at every level of language learning.

“By traveling with CLS I am hoping to learn more about the culture I grew up in and my mother was born into” Lewis noted. “I also anticipate learning more about the education system and how the instructors prefer to teach. I’m sure it will be a difficult transition from our system but I am looking forward to it.”

Lewis will bring the number of PCC students who have participated in the national program to 17 students from PCC’s Russian program since 2011.

In order to be considered for the immersion scholarship program, Lewis had to fill out a lengthy application, which included multiple short essays, two letters of recommendations and college transcripts. The students who were chosen also had to have at least two years of prior study in Russian language.

“I was checking my email 100 times a day waiting to get the news to see if I had been accepted or not so I could let my teachers who had written me letters of recommendation and my family and friends know the news,” Lewis said. “I had gotten the email at the end of my class with one of those teachers and I just stopped mid-step and couldn’t believe my eyes. I was so excited! I almost did not believe it for a couple of days until it set in and I got the rest of the news letting me know my destination and that’s when I really started celebrating and getting to work on preparation.”

x by Kristine Shmakov 2 years ago

Congratulations, Dasha! I’m so proud of you!

x by Matt Lewis 2 years ago

I have leaned to never question Daria’s resolve when she sets her mind to something. Daria did this all on her own, and I am proud to tears.

x by Matt Lewis 2 years ago

Where’s the edit button? I meant… “I have LEARNED…”