This content was published: May 20, 2019. Phone numbers, email addresses, and other information may have changed. 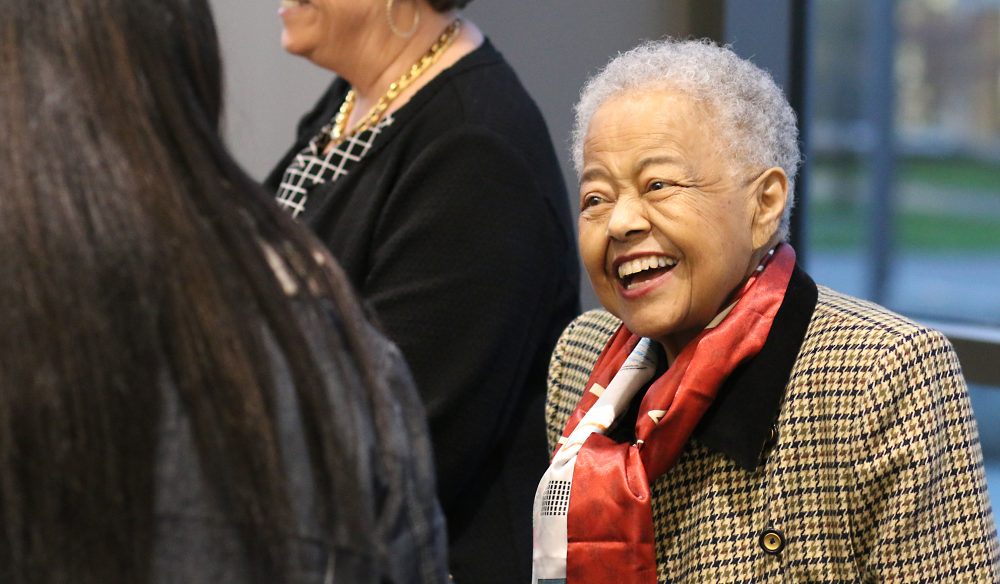 “Education is often seen as a pathway out of poverty,” reads the opening line on one of the displays in the new Evelyn Crowell Center for African American Community History.

Perhaps no one else embodied this notion more than the late Evelyn “Evie” Crowell, the namesake and inspiration behind the new historical exhibit, which was installed this week in the library at Portland Community College’s Cascade Campus.

The Evelyn Crowell Center for African American Community History is a monument to both Crowell’s extraordinary life and to the generations of African Americans who breathed life, culture, and resiliency into the Albina Neighborhood of North Portland.

An opening ceremony is scheduled for 11 a.m. Monday, June 3, in the Cascade Library, 705 N. Killingsworth St.

“Evie was someone who truly lived what she preached,” said Karin Edwards, president of the Cascade Campus. “She believed in education as the means for people to live the life they want, and she put her own time and her own hard-earned money to work in service of this ideal and of her community.” 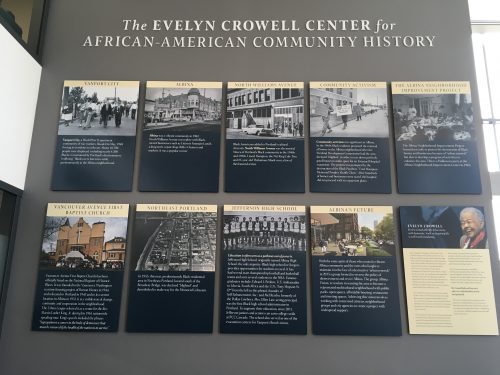 The center is comprised of a series of panels depicting the many decades of African American life in inner North and Northeast Portland, tracing the history of the Albina district from the Vanport flood of 1948 through the Civil Rights Era to the present day and beyond. It was curated by James Harrison, a local historian and former instructor at the campus.

Evie Crowell was not just a part of that history, but a leader and pioneer in her community. After finishing high school at age 16 in 1959, she went on to be part of the first four-year graduating class of Portland State College (Portland State University). Next, she earned her master’s degree in library science from the University of Washington, and followed that by working at the library at Jefferson High School and soon becoming the first black librarian at Linfield College in McMinnville and, later, the first at Portland State.

Crowell recorded a number of other “firsts” in her illustrious life, including becoming the first single African American woman in Oregon to adopt children, and the first African American president of the Portland YWCA. She also served a term on the Portland Public Schools Board, and lent financial support to a number of local grade-school and college students. Crowell, who passed away in 2017, has an endowed scholarship at the PCC Foundation dedicated to assisting African American students at the college.

“It’s an honor for us to host this tribute to Evie and the community she loved so much,” Edwards said. “We hope that, as the years go by, the Center will grow and evolve to reflect the continuing history of African Americans in Portland.”