This content was published: December 6, 2017. Phone numbers, email addresses, and other information may have changed. 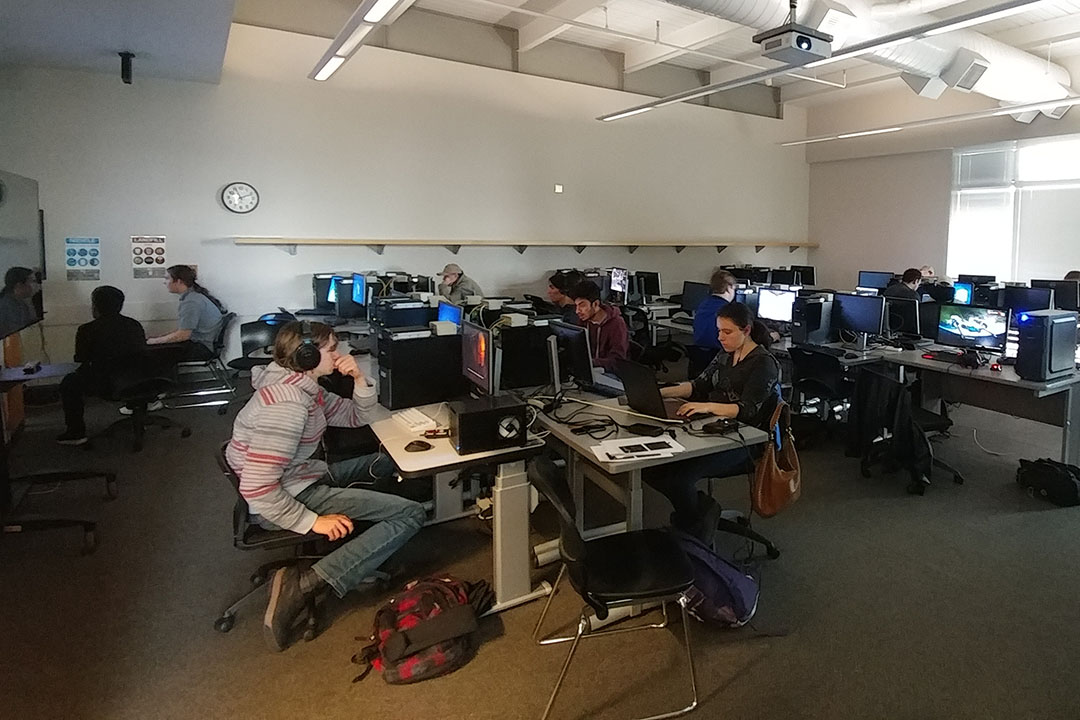 “I think the record-setting numbers were due to the gaming marathon being in its fourth year and the eagerness for our community to help the Doernbecher Children’s Hospital,” said Diane Shingledecker, coordinator of PCC’s Career and Technical Education Community-Based Learning Faculty and leader of the Extra Life event. “It’s now a known and anticipated event at PCC Sylvania, so that’s really allowed us to grow. It also supports a great cause and people can easily get behind that.”

Extra Life unites thousands of gamers around the world to play games in support of their local Children’s Miracle Network Hospital. Since its inception in 2008, Extra Life has raised more than $30 million for sick and injured kids.

This year, PCC hosted 51 participants who logged a combined 236 hours of gaming. Participants played computer games this year and a wide variety of great board and card games. There was also a variety of different PCC majors who played including students from local high schools, Computer Applications and Office Systems, Computer Information Systems, Computer Science, English for Speakers of Other Languages, Associated Students of PCC members, faculty and staff.

“We obviously want to help raise money for the important work that is done at Doernbecher Children’s Hospital, but Extra Life is more than that,” Shingledecker said. “It brings students from many different areas of the campus together–the academic computer and ESOL departments, International Students, ASPCC, gaming clubs, etc.–with faculty & staff to all work on something that really makes a difference. This really makes all of us feel more a part of the PCC community and shows students that they all have skills that they can use to help someone else. That’s really engaging and empowering!”