This content was published: June 29, 2017. Phone numbers, email addresses, and other information may have changed.

New blue athletic track is a sight to behold 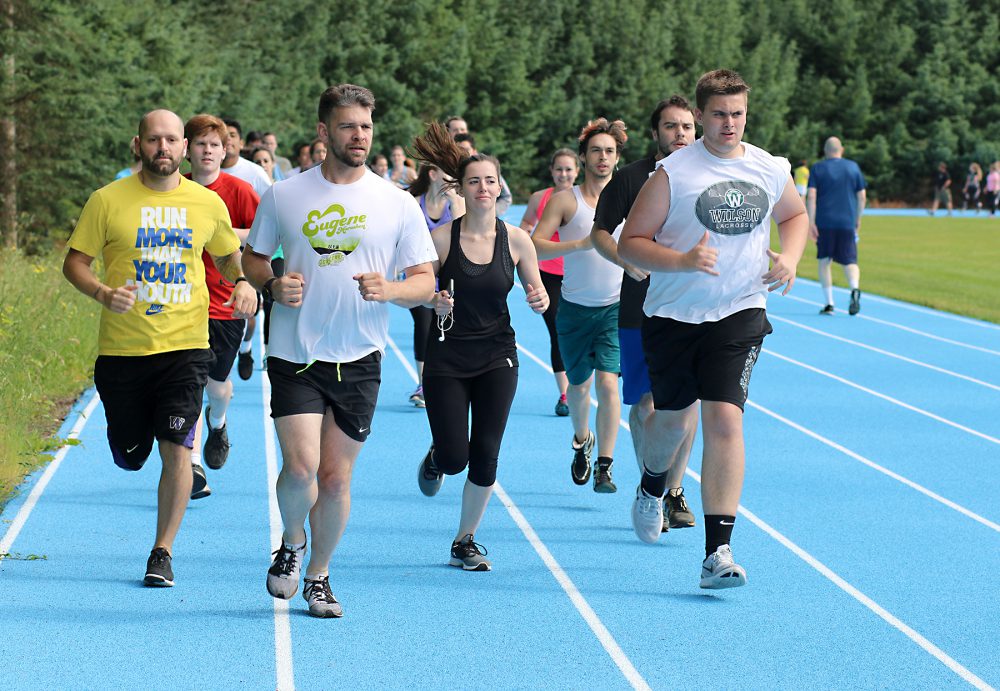 Blue is new for Portland Community College’s only running track.

On Thursday, June 29, the Sylvania Campus officially unveiled the resurfaced athletic track, which is now bright blue. PE Facilities Supervisor Jane Loverin, Sylvania President Lisa Avery, FMS Community Project Specialist Heidi VanBrocklin and instructor Moe O’Connor helped christen the track with a brief ceremony. Then Mike Boggs’ PE 295 class performed a one mile walk and run to show how it will get used. The new surface was a critical project for the campus as the older red surface version had become a safety issue for people who used it. Now, the new track has a uniform surface, better shock absorbance and better distance markings. The project was a collaborative project between FMS, the campus leadership and the physical education department.

Avery said she is excited to have classes, staff and the community come and use the new college resource.