This content was published: May 9, 2017. Phone numbers, email addresses, and other information may have changed.

Centro de Prosperidad partners with the City of Hillsboro to build workforce capacity and connect Hillsboro residents to training and employment opportunities.

Centro Cultural of Washington County serves Hispanic families with a host of programs and services designed to “create self-sufficient, engaged and active citizens.” 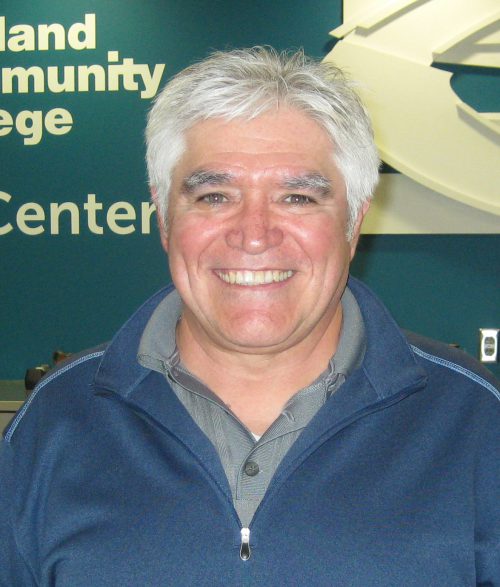 HEP is a federally-funded project that helps migrant and seasonal farmworkers and their families obtain their GED.

The three programs have much in common and certainly complement each other, but Ramos-Rodriguez is now part of the glue that connects the programs and over time will make all the difference in the lives of hundreds of Latino students.

When Ramos-Rodriguez arrived in the states from Guadalajara, Mexico, in 2004, the civil engineer thought his English was “pretty good.“ He had prepared for the move by memorizing the lyrics and singing along with the Beatles, but his time with the Fab Four wasn’t enough. After a rough six months, he went home.

When he returned to the states in June 2005, he knew that he would never return to Mexico. He found a job in an auto repair shop in Vancouver, Wash. Six months later, wanting to use his civil engineering skills, he started working on a construction site only to learn that his engineering degree was not valid in the states.

“My English was not strong and my degree was not honored here,” he said. “My wife told me I should go back to school. I told her that if I went back to school, I would never leave.”

Ramos-Rodriguez found his way to Jesuit High School and its ESOL program. A teacher suggested he connect with academic advisor Paul Halloran (retired) at Rock Creek. With Halloran’s help, he transferred to PCC and in the fall of 2008 enrolled in the Building Construction Inspection Technology Program at Sylvania Campus.

He graduated in 2010 but construction inspection jobs were not available. Instead, he accepted a part-time janitorial position at Rock Creek. It was a move that would forever change his life.

“At Rock Creek, Paul Halloran introduced me to Norberto (Beto) Espindola, director of the HEP program,” he said. “Beto said he needed a math teacher. I told him I didn’t know anything about teaching, but if I could teach math as a volunteer and not get paid, I would try. I took the Math 20 exam just to test myself. I got 8 out of 25 questions right. I decided I needed to memorize the book. On the second try, I got 25 out of 25 right and I knew I could teach it.”

It was a grand bargain for both men. According to Espindola, Ramos-Rodriguez is one of the most popular and effective teachers in the program. “When students from Centro Cultural are told they have to take a math class, they ask who is going to teach it because they want Salvador.”

In the fall of 2011, while continuing to work in the HEP program, he went back to school and earned an undergraduate degree in Spanish Literature and Linguistics from Portland State University. In 2014, he received his master’s degree in Postsecondary Adult and Continuing Education, also from PSU.

Ramos-Rodriguez was working part-time for HEP and full-time at Hillsboro’s Eastwood Elementary School when he was assigned to teach in last summer’s GED program at Centro Cultural. Maria Caballero-Rubio, executive director of Centro Cultural, was able to observe Ramos-Rodriguez in the classroom and his rapport with students. Caballero-Rubio offered him a full-time position at Centro Cultural and most recently a position at Centro Prosperidad where he will help students improve their academic standing and employment eligibility. Some of his students will focus on earning a GED through the HEP program.

“The fact that Salvador teaches at both places will provide continuity for the students and serve the needs of both programs,” said Espindola. “He is a great match for this program. PCC has worked closely with Centro since HEP was first funded. Centro is one of our strongest community partners and is part of the Farm Workers Programs’ Coalition, a group led by HEP to provide services to the migrant and seasonal workers community.”

Ramos-Rodriguez began his relationship with PCC almost 10 years ago through a high school ESOL class. He could not have imagined the twists and turns of an often uphill journey, but the one thing he knew for sure was what he told his wife, “If I go back to school, I’ll never leave.”

I am thanking you Janis for this shout out. I have enjoyed every minute of my journey since coming to the U.S. Of course there have been difficult times, but seeing this article that you wrote humbles me.