This content was published: December 20, 2016. Phone numbers, email addresses, and other information may have changed.

Fall term marked the start of a new academic year at Portland Community College, complete with new faces at the college, promotions, awards and honors to celebrate.

Tammy Marquez-Oldham, director of PCC’s Small Business Development Center was honored with the 2016 Oregon State Star award from the state’s Small Business Development Center Network. The State Star is the organization’s highest annual honor and given to an individual who has shown exceptional performance and support for small business in his or her community. 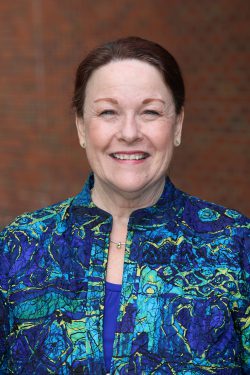 “Tammy’s accomplishments this year demonstrate initiative, hard work and constant support from her entire team for small business, not only in the Portland region but around the state,” said Mark Gregory, director of the Oregon Small Business Development Center Network. “Her leadership in the areas of capital access and international trade are helping Oregon companies recognize their full potential.”

The college’s SBDC is home to the Oregon SBDC Network Capital Access Team and Global Trade Center, which help businesses access needed capital to grow and reach international markets. These programs assist hundreds of small businesses each year across Oregon. In addition, the SBDC provides no-cost counseling and business training to small business owners and pre-venture startups in the Portland metropolitan area.

Connie Plowman, Business instructor at PCC and formerly the interim executive director of the CLIMB Center, was honored with the Eric Jenett Project Management Award of Excellence from the Project Management Institute. Founded by Jenett, the organization is the world’s largest not-for-profit membership association for the project management profession. The award is given in recognition of those who have made “outstanding contributions to the project management profession or its practice through leadership, technical project management, and strategic and business management acumen.” Plowman received the award at the organization’s annual gala.

Oregon’s Coffee Creek Correctional Facility was honored with the Legacy Health Partner of the Year award for its eyeglass-recycling program, which is administered by Portland Community College through its Workforce Development division. The award was given at the annual gala hosted by the Oregon Lions Sight & Hearing Foundation, which partners with PCC to offer this educational program that sends refurbished eyeglasses to developing countries around the world. Inmates at the facility – a female-only prison and prisoner intake center located in Wilsonville – are trained in opticianry and can earn national paraoptometric and advanced paraoptometric certifications through the program.

Andrew Garland-Forshee, chair of the Early Education and Family Studies department at PCC’s Sylvania Campus, has been named the West Coast representative for the National Parenting Education Network. The organization serves as a national umbrella organization that encourages information sharing, professional development and networking opportunities for more than 250,000 professionals, paraprofessionals and volunteers who serve as parent educators. 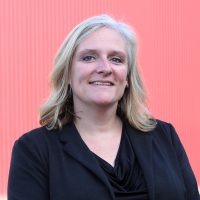 Allison Blizzard has joined PCC as the director of the Office of International Student Services. Blizzard has more than 10 years of experience working with programs to support international students, and more than 20 years of teaching English as a Second Language in international settings. Most recently, Blizzard served as the managing director of the American Language Institute at California State University in Long Beach, Calif. Prior to that role, she was the district Associate Dean of Global Education for the Community Colleges of Spokane, and manager of the Comprehensive Globalization Initiative for Spokane Falls Community College. Blizzard, a graduate of Spokane Falls Community College in Spokane, Wash., earned both her master’s and doctorate degrees in American Language and Literature from the University of Duisburg-Essen in Duisburg, Germany. 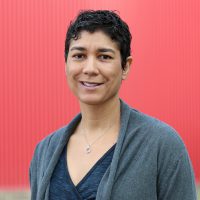 Tonya Booker, formerly the director of PCC’s Community Education Program, has been promoted to division dean of Continuing Education to provide oversight of both Community Education and the CLIMB Center. The position change is part of a larger organizational restructure to integrate and combine both departments, and better identify and align key resources and functional efficiencies. Booker has more than 16 years of leadership and management experience in education and community programs. Prior to serving as the director of Community Education, she was the interim division dean for Social Science and Health at PCC’s Rock Creek campus from 2012 to 2013. Booker earned her master’s degree from Stanford University and her bachelor’s degree from the University of Illinois at Urbana-Champaign. 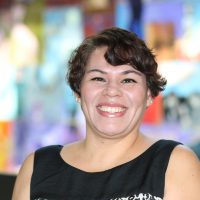 Susan Godoy has been tapped as the director of PCC’s College Assistance Migrant Program based at the college’s Rock Creek Campus. Funded by the U.S. Department of Education, the program assists students who are migratory or seasonal farmworkers, or their children, enrolled in their first year of undergraduate studies. Most recently, Godoy has served as a financial aid advisor at the campus. Prior to this, she was the director of the TRIO/College First Program and an academic advisor/retention coordinator for TRIO Student Support Services at Mt. Hood Community College. Godoy earned her master’s degree in Higher Education Administration from Portland State University and her bachelor’s degree in Finance and Spanish from the University of Oregon. 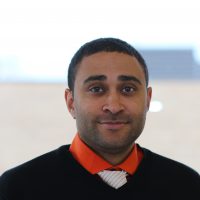 Rakeem Washington has joined PCC as the director of its new juvenile justice reentry education program, the Opening Doors Project. Opening Doors, which was recently awarded $1.1 million from the U.S. Department of Education, seeks to provide career-technical education and wrap-around services to approximately 100 incarcerated juvenile females over the next three years at Oak Creek Youth Correctional Facility in Albany. Prior to joining PCC, Washington was the field manager for Marion County’s Citizen Review Board, leading staff in the review of child welfare cases. He also served as the executive director for The Portland Observer, Oregon’s oldest continuous African American-owned newspaper. Washington earned his law degree from Lewis and Clark Law School, his bachelor’s degree in economics from Portland State University, and his associate’s degree from Portland Community College. In addition to his work at PCC, Washington is a professor at PSU. 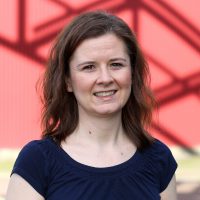 After a comprehensive national search, Vanessa Wood has been named director of PCC’s grants program. Wood brings 15 years of experience to the position, having managed grant development teams and written countless successful grant proposals to corporate, foundation and government sources. She joined the college’s grants team in 2008 after having been a grant-writing consultant to the PCC Foundation. She steadily moved through the ranks, being tapped as PCC’s interim grants director in May 2014. Since then she and her team have established an impressive track record, securing nearly $12.5 million in grant funding for the college, with more than $8.6 million in money pending. Wood graduated from Pacific Lutheran University with a bachelor’s degree in Communication and Global Studies. In 2002, she earned her certification as a grants specialist from Research Associates, National Grant Writers’ Association.