This content was published: August 25, 2016. Phone numbers, email addresses, and other information may have changed. 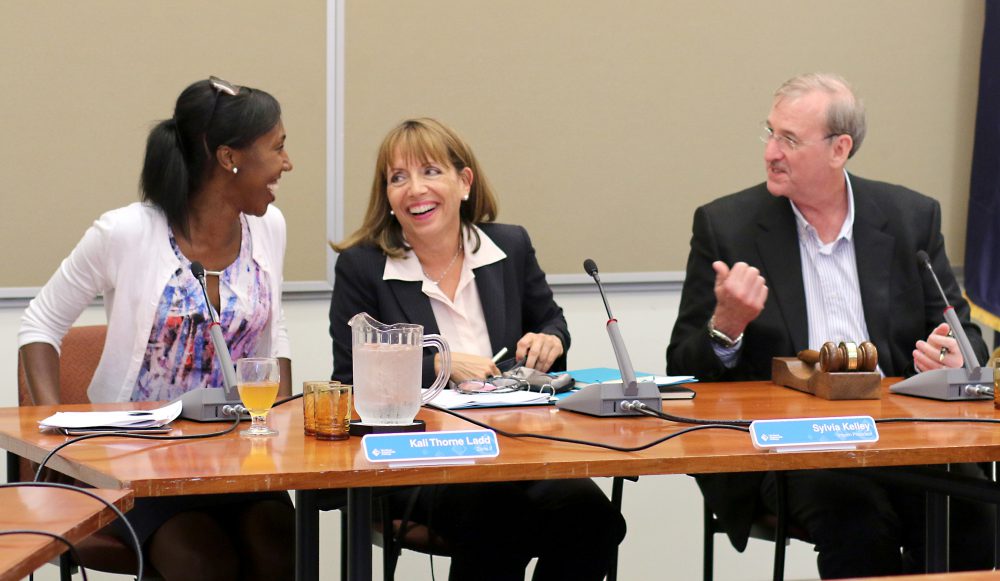 On Thursday, Aug. 18, the PCC Board of Directors named Gene Pitts as chair and Kali Thorne-Ladd vice chair for the 2016-17 academic year. Their duties and term begin immediately.

First elected to the board in 2009, Pitts represents Zone 6, which includes Yamhill County, east Washington County and southwest Portland.

Pitts works for Blount International as manager of electrical engineering after serving as the technical marketing director for Intel at its Hillsboro plant. Prior to that, Pitts worked at Westinghouse Electric in Asheville, N.C., and Milliken and Co. in Spartanburg, S.C. Pitts graduated from Clemson University with bachelor and master’s degrees in Electrical and Computer Engineering, respectively. He has more than 30 years of experience in the high-tech sector working with some of Intel’s largest server and workstation customers around the globe. 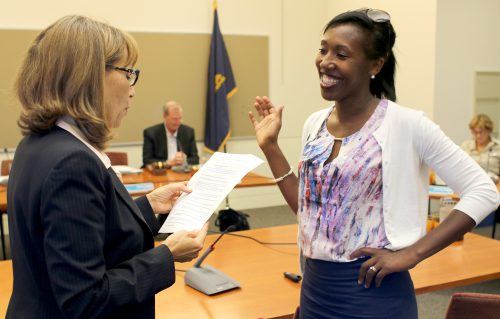 Thorne-Ladd holds a master’s degree in Education Policy and Management from Harvard University.

Appointed in 2012 and elected in 2013, Thorne-Ladd represents Zone 2, which includes North Portland and portions of Columbia County.

She is co-founder of KairosPDX, which is a non-profit organization focused on equity and access to quality early learning opportunities. Thorne-Ladd also worked for the City of Portland Mayor’s Office as the education strategies director overseeing policy and direction for the mayor’s key education initiatives. Her involvement with the college’s Future Connect Scholarship Program is where Thorne-Ladd was first introduced to PCC, which prompted her to pursue a board position. In addition, she is a board member with Camp Fire USA, Portland Leadership Foundation and is a steering committee member with the Cradle to Career Initiative. Thorne-Ladd holds a master’s degree in Education Policy and Management from Harvard University.

The PCC Board consists of seven members elected by zones to four-year terms. The board members govern the college, which includes selecting the president, approving the hiring of other staff and faculty, approving the college budget and establishing policies that govern the operation of the college.