This content was published: February 2, 2016. Phone numbers, email addresses, and other information may have changed.

The Rock Creek Campus Music Program is presenting a series of short concerts and lectures in February and March. These cool events will be offered in The Forum, Building 3, Rock Creek Campus. All concerts will begin at 8 p.m. with the exception of the Feb. 10 concert, which will start at 12:30 p.m. The concerts are presented in conjunction with the program’s “Music Appreciation” class and are free and open to the public. Parking is free in the Event Center parking area behind Building 9.

Check out the following schedule!

Wednesday, Feb. 3 – Seffarine, a duo consisting of Moroccan singer Lamiae Naki and oud player and flamenco guitarist, presents the music of classical Arabic and Andalusian music as well as original compositions influenced by cultures including Spanish flamenco, classical Persian music and American Jazz. Their CD, “De Fez a Jerez,” is listed in the top-20 best world music releases by the Transglobal World Music Charts, a panel of 43 world music experts. 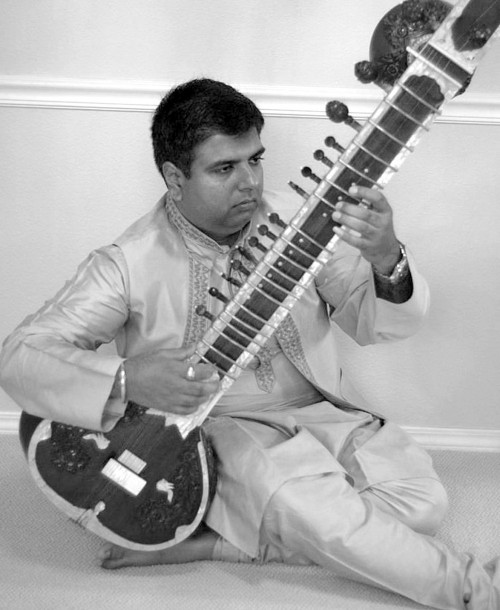 A virtuoso on sitar, Sandeep Koranne has been performing in public since the age of 10.

Feb.10 – In a special presentation, Portland jazz singer Shirley Nanette will appear as part of Black History Month celebrations at Rock Creek. This concert, which begins at 12:30 p.m., will be held in the ASPCC conference room in Building 5. Nanette will present and speak about the music of black composers and musicians in the context of the civil rights era. This concert is co-sponsored by the Rock Creek Multicultural Center. Nanette, in the tradition of such jazz greats as Lena Horne and Ella Fitzgerald, is known as a “dynamic, genuinely expressive, highly entertaining performer who generates incredible energy onstage.” She has opened for many international acts, including Diane Schuur and Lou Rawls. She appears regularly with the Oregon Symphony Pops program. She has also performed as a featured soloist with symphony orchestras across the country, from the National Symphony Orchestra in Washington, D.C., to the Honolulu Symphony.

Feb. 17 – Hideki Yamaya, lutenist and guitarist, is a specialist on lutes and early guitars from the Renaissance and Baroque periods as well as later guitars from the 18th and 19th centuries. He approaches playing early music with an aesthetic appropriate to the period, and with period technique. Yamaya, who has toured internationally, received his bachelor’s degree in Music and his master’s degree in Ethnomusicology from the University of California, Santa Cruz. Hideki has two CDs, “Adam Darr: German Romantic Guitar Duets” and “The Arch lute in 18th Century Italy.”

March 2 – Sandeep Koranne will present the classical music of North India. Koranne is from New Delhi and comes from a distinguished family of musicians. A virtuoso on sitar, he has been performing in public since the age of 10. He has performed regularly on All India Radio and has performed in Sacramento, Sunnyvale and Portland. Indian classical music is thousands of years old, created by the ancient sages attuned to the cycles of nature. They observed and refined their experiences of sound and rhythm and its relationship to and effect on nature and the human psyche. Continually evolving for thousands of years, the music of India has become one of the most meditative and beautiful musics in the world, a spiritual and living system of Raga (melody) and Tala (rhythm).

For more information about the concerts, call (971) 722-7869, or visit the Rock Creek Music Program’s Facebook page.