This content was published: May 27, 2010. Phone numbers, email addresses, and other information may have changed.

Emergency Services Open House hosts a drill that could save lives 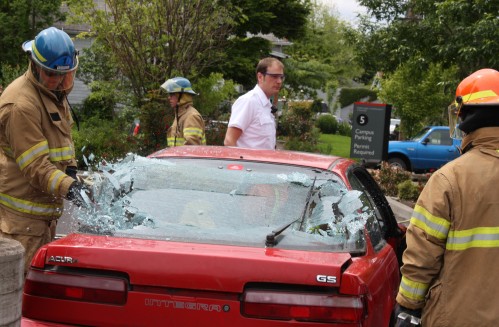 A Fire Science student uses an axe to break the windows of the car used in a mock drunken driving drill. 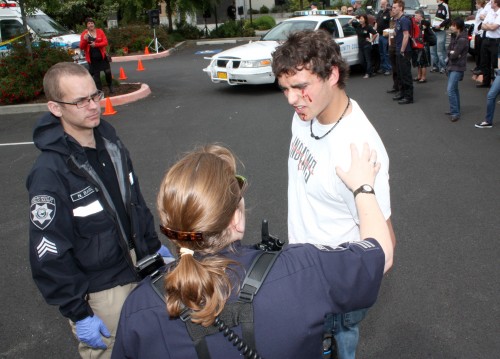 A Scappoose High student acts like a drunken driver who gets the third degree from PCC Public Safety, which uses the experience to test their skills in interviewing and arresting impaired subjects. 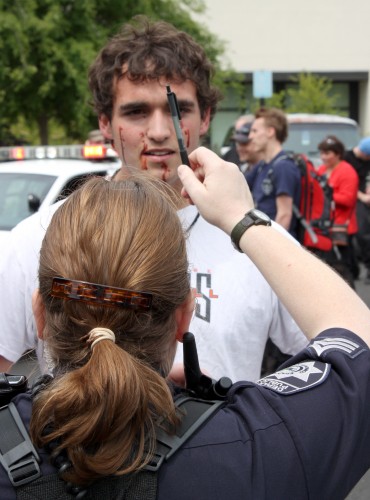 A field sobriety test was given to the driver while Fire Science students used the "Jaws of Life" to cut open the victim's car. 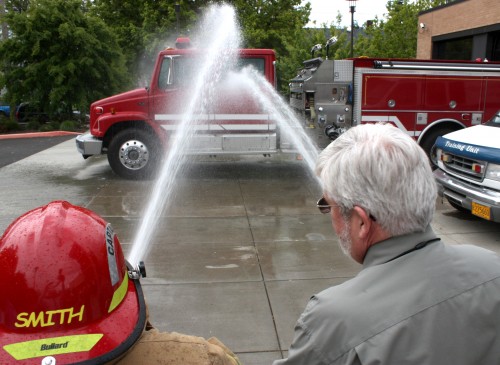