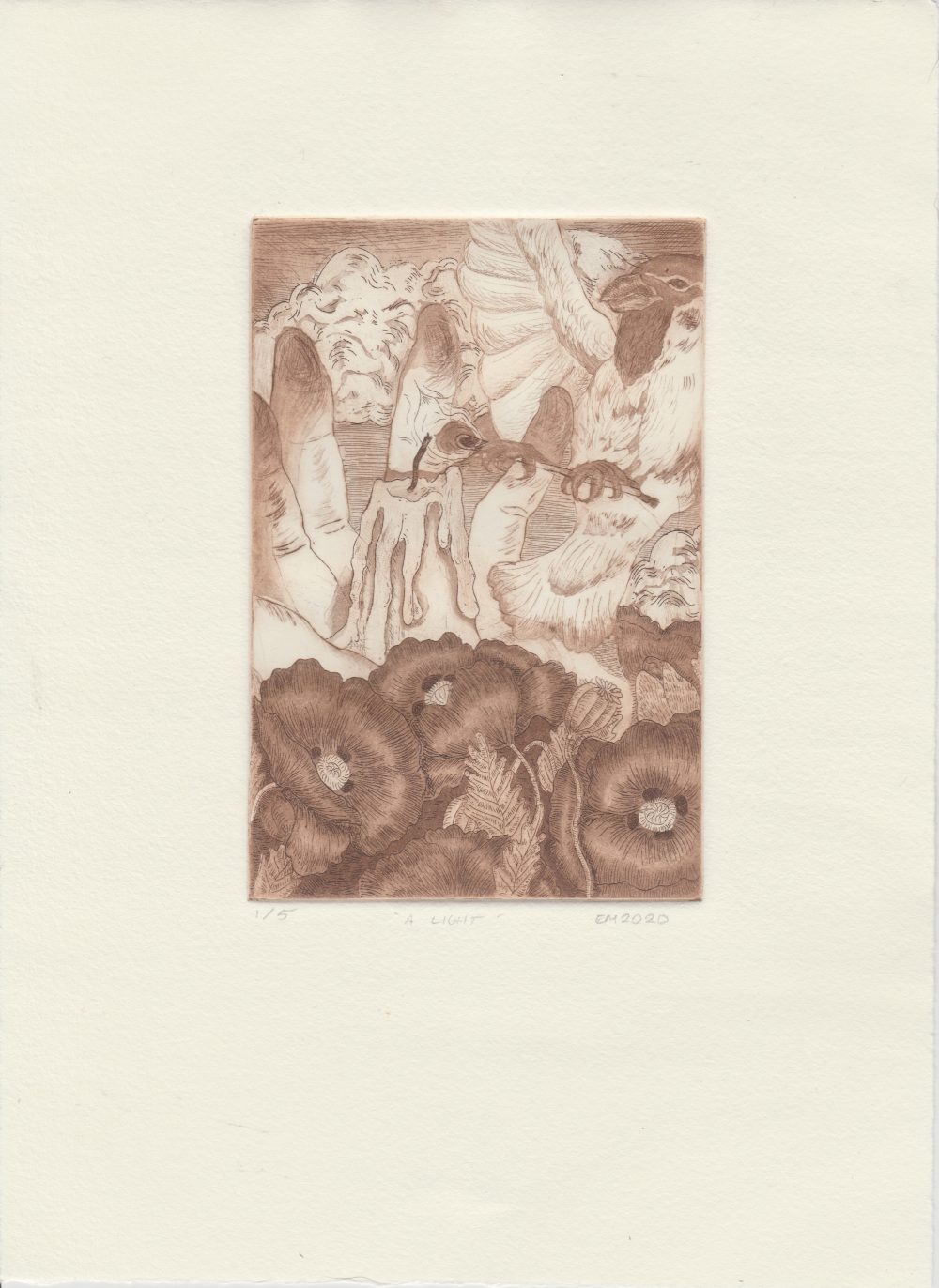 This print is part of a final edition. Several different states of prints were done off of this plate, moving from just drypoint, to later adding etching and aquatint. Both the bird and the hand are from the original states, while the poppies and background were added in later after erasing part of the image from the plate. The theme of the print itself was based off of a short story written from a prompt given in class, exploring the call to search for meaning in the environment, the past, and the self. 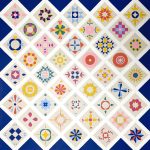 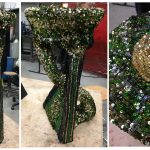