Joan Gentry began her photography with a gift of a Brownie Hawkeye camera while in junior high school. She earned a Master of Arts degree from the University of New Mexico in 1976 where she studied with Beaumont Newhall, Tom Barrow, and Anne Noggle.  Gentry’s photography included a street photography project in Albuquerque and Santa Fe as well as documenting the surrounding towns such as Madrid, Golden, and the landscape of Northern New Mexico. She has also completed series work on the Getty Museum and other architectural subjects in Los Angeles, Albuquerque and Santa Fe. More recently she has photographed extensively in the Ancestral Pueblo areas of Southern Utah with her husband, the photographer Don Kirby. Nazraeli Press published The Anasazi Project in 2012.

“A photograph records the light and dark of a subject for a split-second shutter exposure. It does not record the elusive hushed morning mists as they appear and disappear among the forests, nor does it relay the crashing sound of a waterfall hurtling off a mountain; a swollen stream cascading downhill. We do not hear the sounds of the wind whipping across the grasslands, nor the creaks of an abandoned farmhouse and echoes of past cultures. We know these sounds exist and that they were very present when the photograph was taken. Our mind records the photograph as viewed and our experiences remind us of the sounds that were probably there. This interaction between the photographer and the viewer yields the beauty of communication that is brought together by the experience of being alive and having the imagination to enjoy the artist’s perspective.”– Joan Gentry 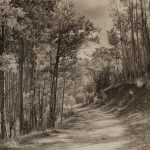 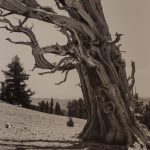 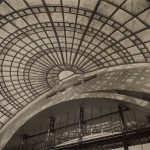 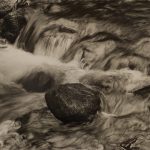