Man Exposes Himself in Sylvania Library 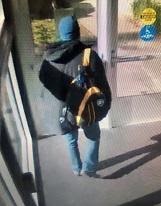 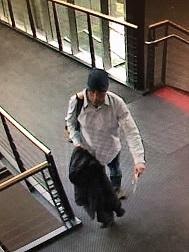 The person depicted in these photos is believed to have exposed himself to a female student on Monday, 2/24/20 at approximately 11:25 am at the Sylvania Campus Library.

On Monday, 2/24/20 at approximately 11:25 am, a female student reported that she went to the second level of the library and went toward the west side and sat down. While seated, she noticed a man next to her who appeared to be reading a magazine. The student reported that she observed the man exposing and touching himself. The student immediately left the area and called Public Safety.

It was determined that the man involved entered the library at 10:46 am through the north entrance and left at 11:47 am through the south entrance.  If you have any information or see this person, call Public Safety at 971-722-4444.