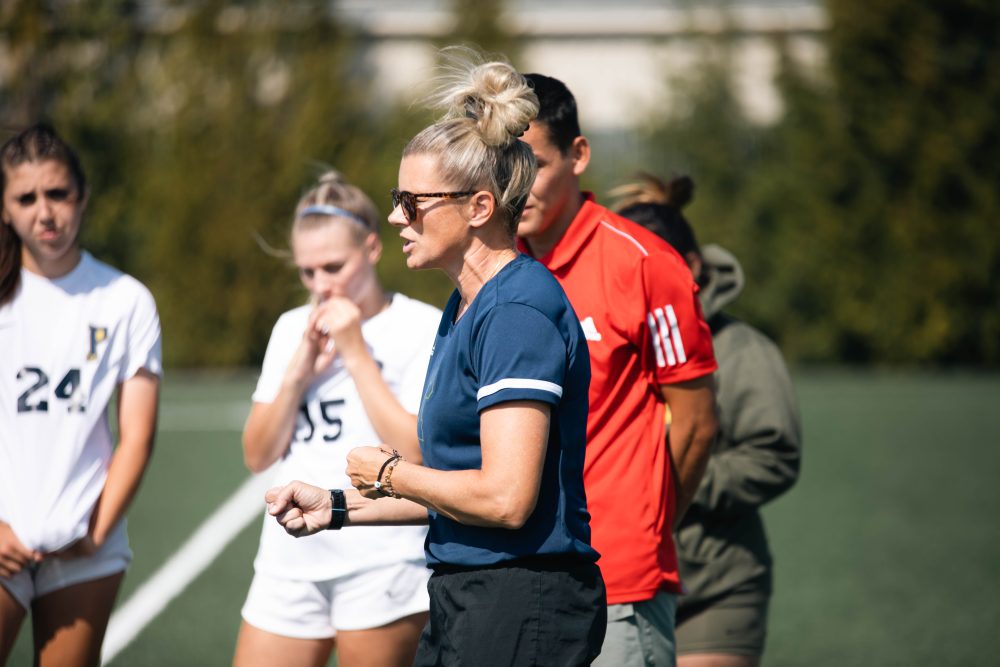 The Portland Community College women’s soccer team finished in first place in the NWAC Southern Region for the first time in school history and now has a date with destiny – a home playoff match and maybe a championship.

The Panthers’ playoff match is scheduled for 2 p.m., Saturday, Nov. 5 at the Rock Creek Campus fields. Check out their schedule for future games.

The effort this year builds on how the team finished last season – second in the South Region Conference. First-year head coach Lisa Harings is optimistic that the Panthers have what it takes to grab the top trophy.

“Our team has the potential to go far in the NWAC championships,” Harings said. “We are currently struggling with some injuries that we need to recover from to find success and our transition from offense to defense has been improving but will need to be perfected once we enter the NWAC playoffs to find success.” 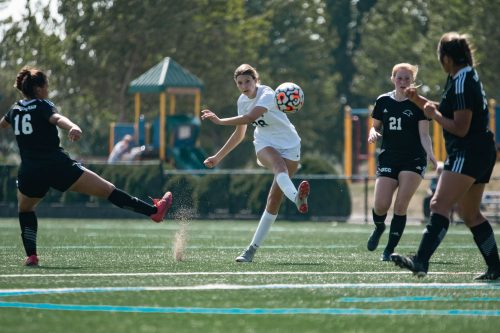 Harings said her players have adapted to her style of play this season and have found success with the different formations she has implemented. She said the players have worked hard to stay creative and at the same time be disciplined in following the game plan.

“I appreciate how the girls have been adjusting,” she said. “Our coaching staff demands the best out of our players. We care about our players and work to ensure they are reaching their full potential. There has to be 100% engagement, urgency and desire to win for a full 90 minutes – that will determine the conference champion.”

The women’s team enjoys strong sophomore and freshman classes. Each player gives it their all not only in games but in practices, she said. Sophomore Kiara Melendez and Annika Rahf are this year’s captains and have led the group brilliantly, Harings said. Notables include Lisa Albarran and Paige Nguyen being in the top-10 in goal scoring; and keeper Sophia Barr ranking seventh in the NWAC with a 89.6% save percentages.

“All players contribute to their positions and deserve recognition as standout student athletes,” Harings added. “I would also like to recognize our coaching staff. Coach Gudino and Coach Mejia have been coaching with me for two years and followed me to PCC. Both have been extremely supportive and instrumental to making this team successful on and off the field.”