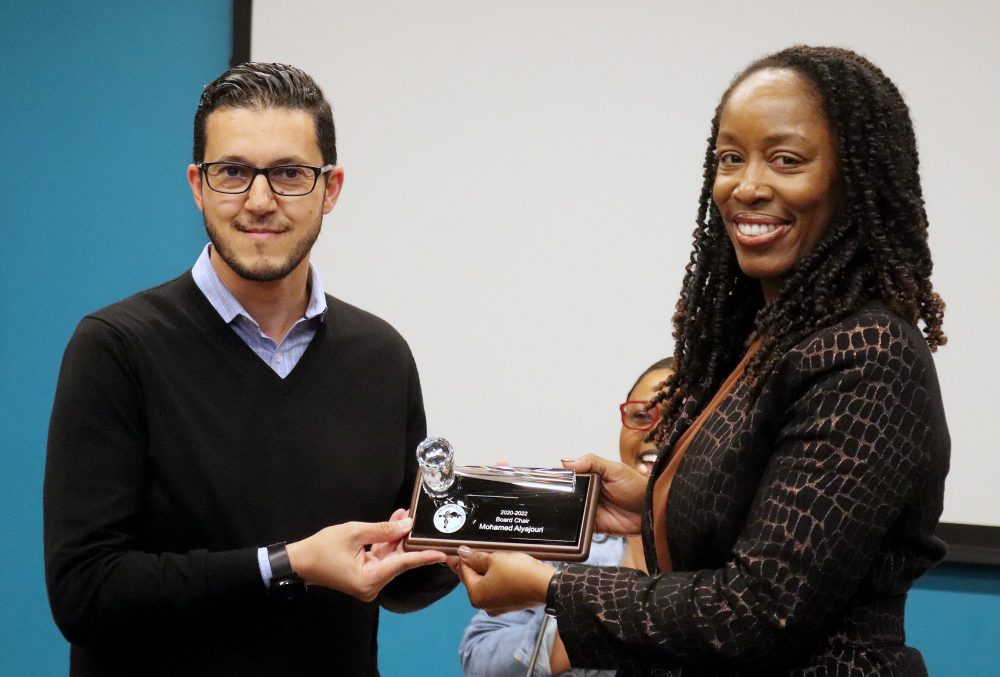 At it’s last meeting (Sept. 15), Dr. Adrien Bennings thanked former chair Mohamed Alyajouri with an award for his work and service to the PCC community.

Alyajouri served as chair the past two years, leading the college through uncertainty surrounding the pandemic closures and social justice protests. He was first appointed to the board in 2017 and represents Zone 6 of the PCC district. Alyajouri is currently a healthcare administrator, managing two Oregon Health and Sciences University (OHSU) Primary Care clinics.

The PCC Board of Directors consists of seven members elected by zones to four-year terms. Board members govern the college, which includes selecting the president, approving the college budget, and establishing policies that govern the operation of the college.

Learn more about the PCC Board and its functions at https://www.pcc.edu/board/ 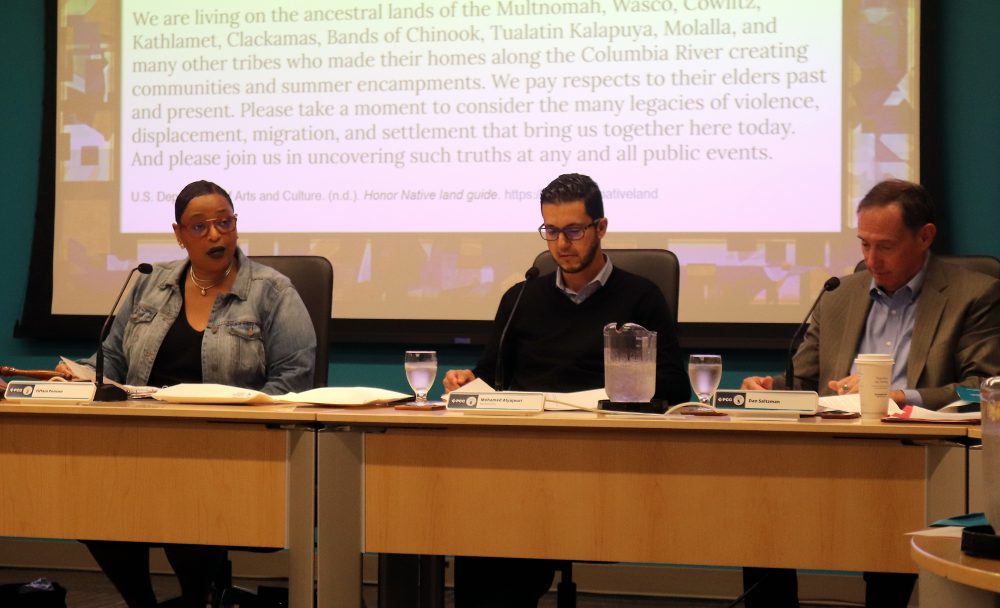