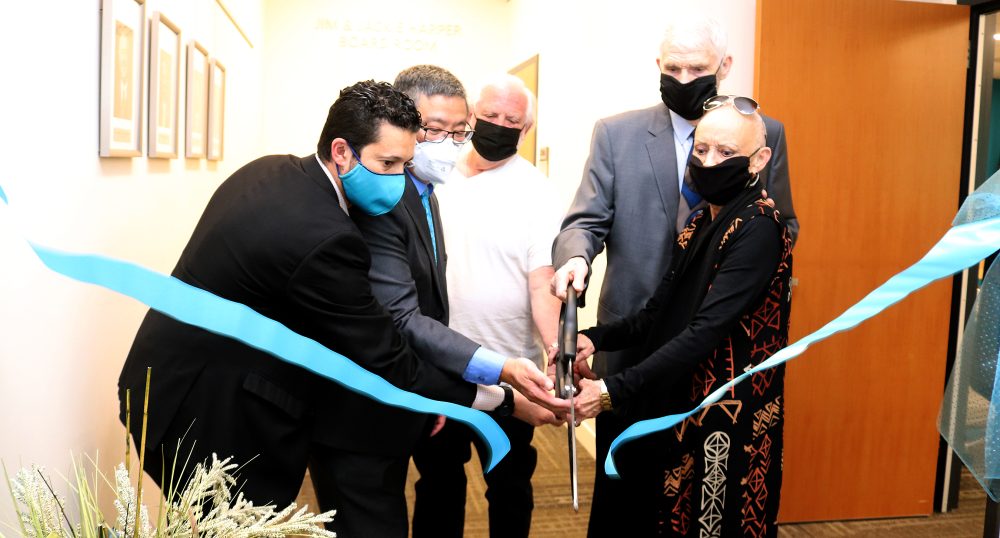 PCC dedicated the conference rooms as the Jim and Jackie Harper Board Room.

This summer, the Portland Community College Board of Directors dedicated the conference rooms at the Sylvania Campus in honor of retired board member Jim Harper and his wife Jackie — both ardent supporters of PCC students and the college’s mission.

Jim Harper spent more than 40 years with the college – as a student, a volunteer and a corporate community partner. He served on the PCC Foundation Board for nearly three decades, including as the board chair several times. He was on the board of the Association of Community College Trustees and was chair of its Pacific Region, and is a past president of the Oregon Community College Association. He also has served as vice president of Administration for Morrison Child and Family Services, executive director for Arras Inc., School-To-Career liaison for Multnomah County, director of Human Resources at Wacker Siltronic Corp., and division manager for Tektronix, Inc. 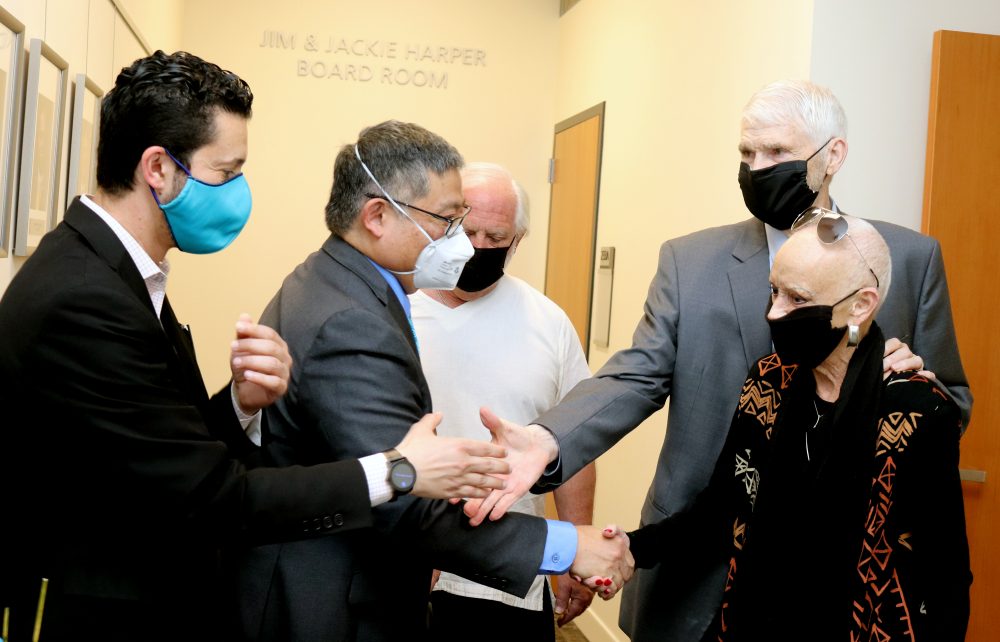 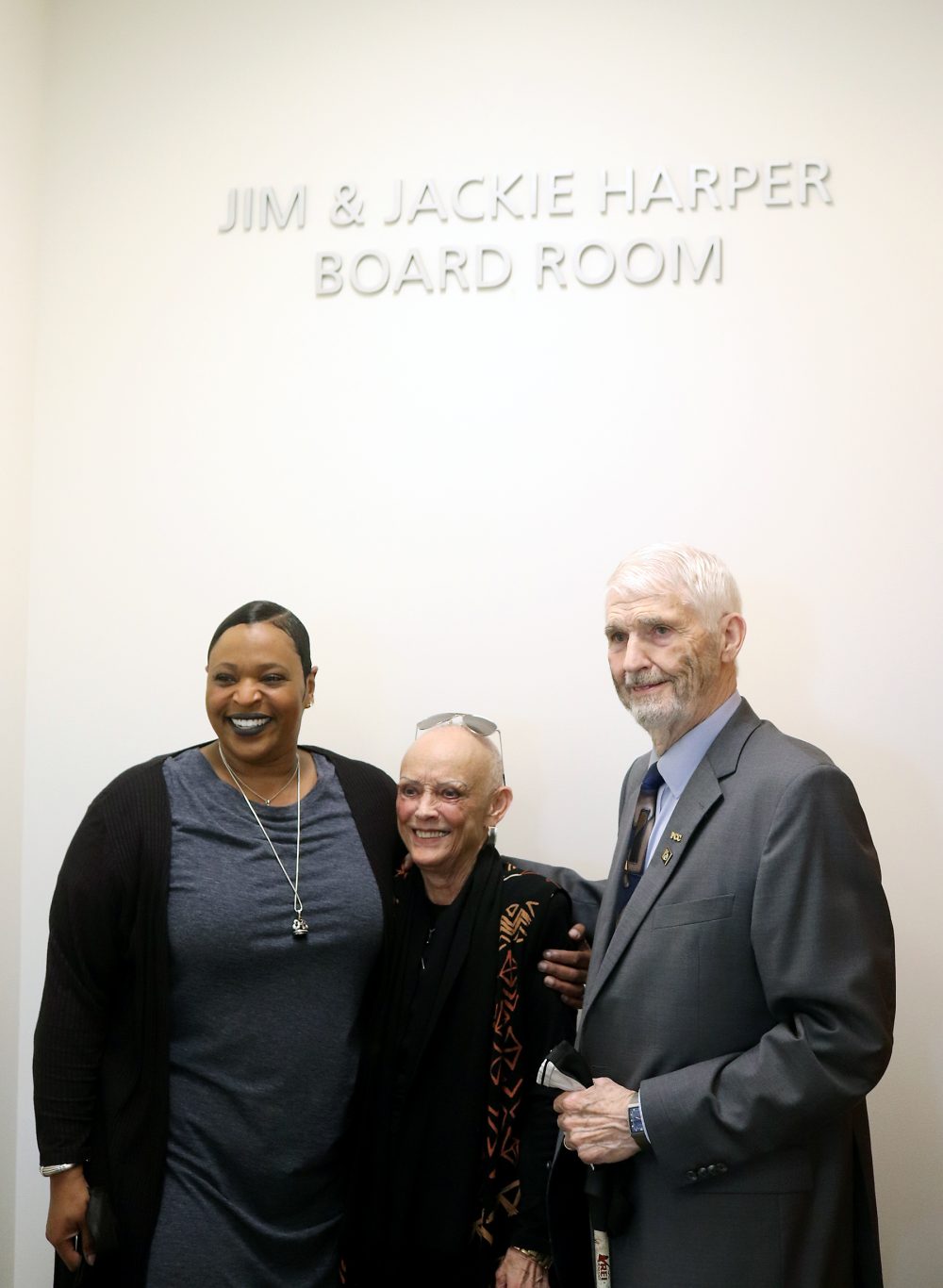 Board Vice Chair Tiffani Penson with Jackie and Jim Harper. 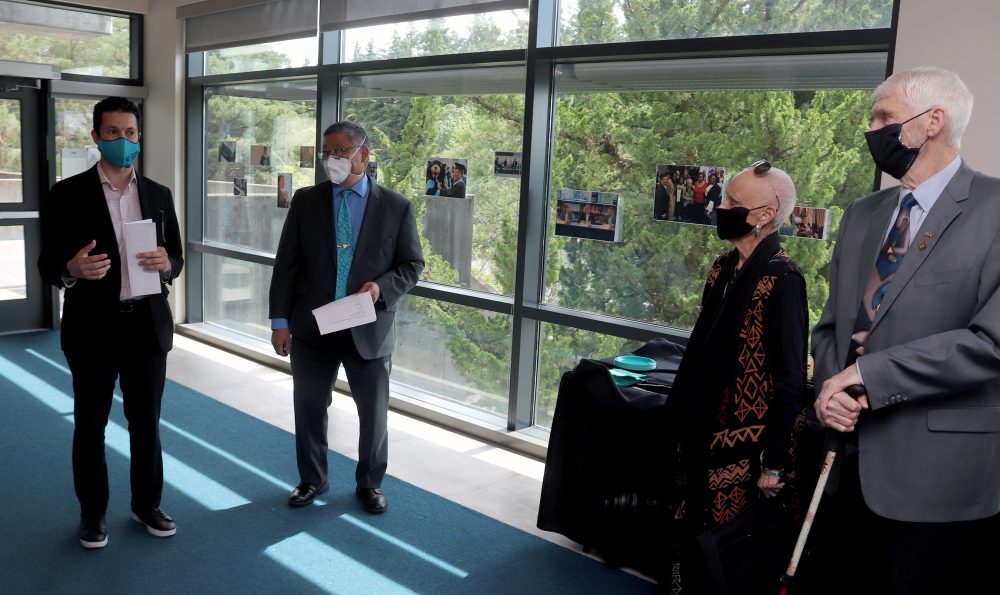 Before the ribbon cutting, Alyajouri and Mitsui provided inspiring remarks about the long-time PCC champions — the Harpers.