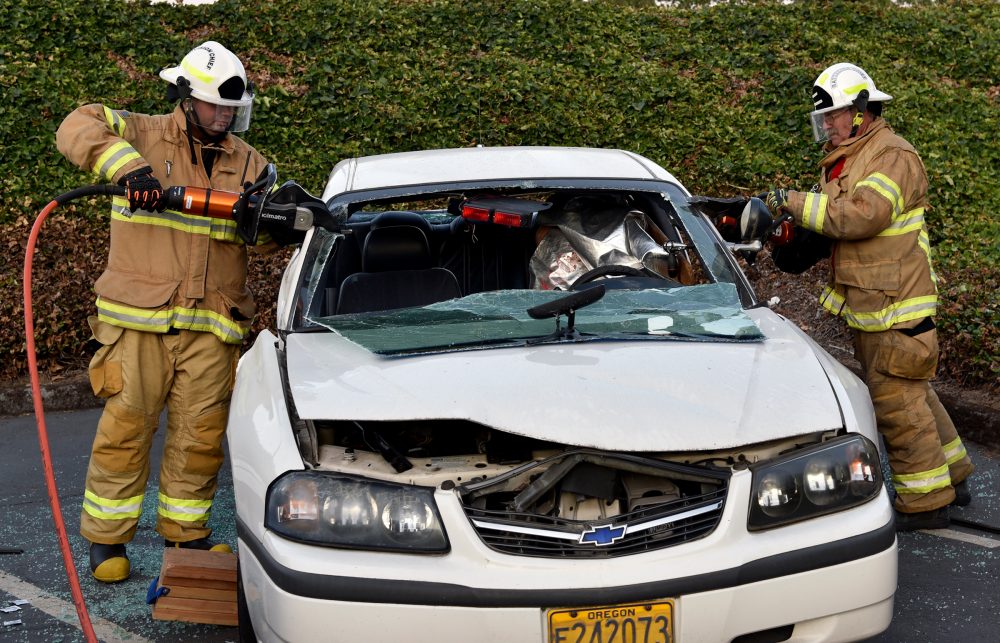 History has been made in Scappoose and it has a Portland Community College connection.

PCC alum Miguel Bautista became Scappoose Fire District’s first Latinx chief officer when it appointed him its division chief. The district gets a talented leader who has been in the fire service for more than 16 years with a combination of volunteer and career experience. He has worked in Oregon, Washington and Wyoming, holding positions as firefighter, senior firefighter, acting in capacity company officer, fire chief, fire inspector and deputy fire marshal.

“I’m excited to be a part of the team,” he said. “This organization has many progressive ideas, embodies servant leadership, and has a positive organizational culture that makes this feel like the right place for me.”

The announcement is noteworthy because according to a 2020 report released by the National Fire Protection Association, less than 8% of all career firefighters are of Latinx or Hispanic heritage and less than 2% of those firefighters hold a chief officer rank. 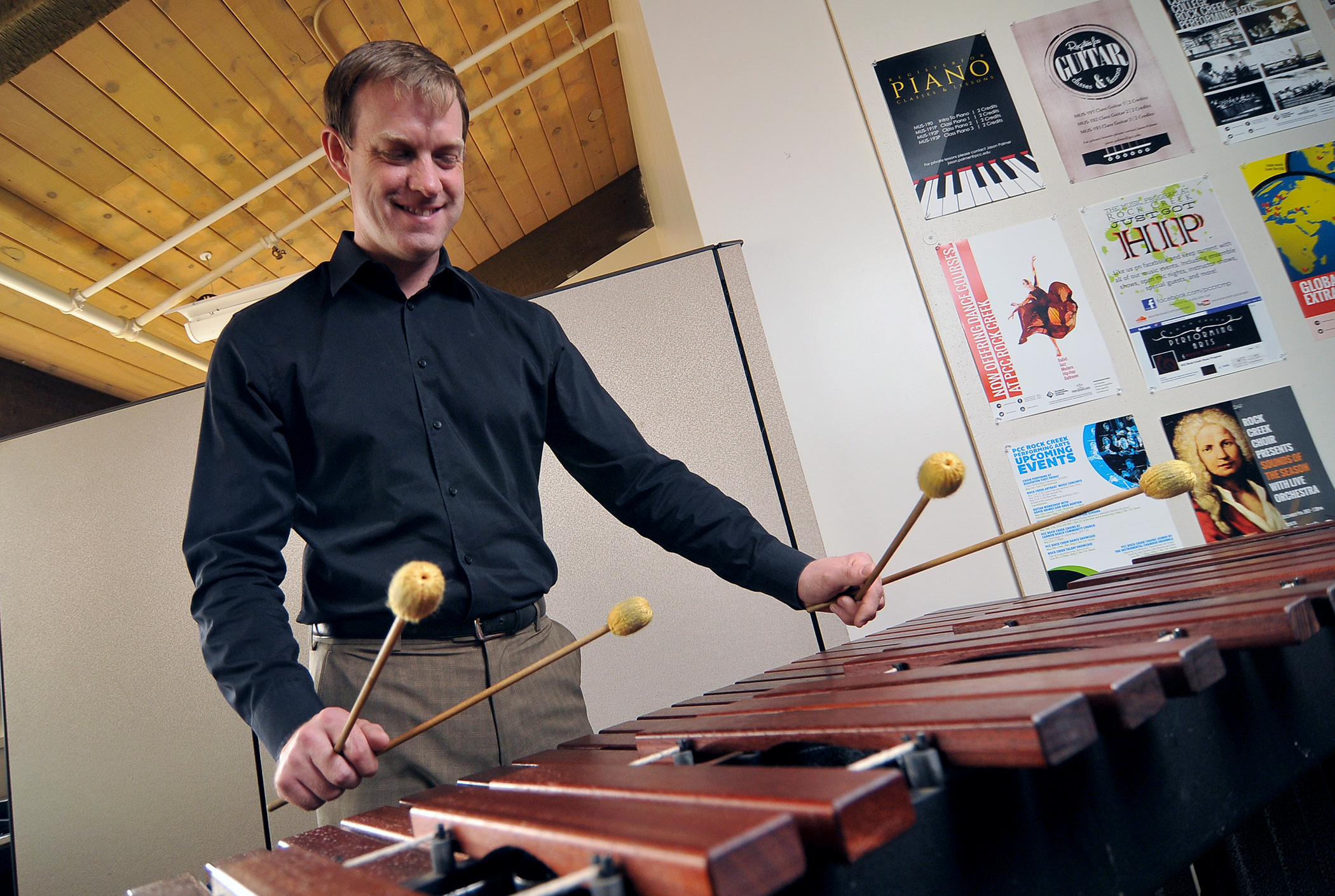 “As I progressed through my career, I began to understand how important representation is,” said Chief Bautista. “When I started my career in the fire service no one looked like me and, unfortunately, there is still more room to improve diversity within our field.”

As a youth, Chief Bautista spoke more Spanish than English due to his comfort level, but he worked hard, especially after school. He would take on various jobs to help support his family rather than pursuing his passions and never considered college as an option. After high school, he was steered by recruiters into the military where he enrolled in the Army ROTC Program at the University of Oregon.

While on the Eugene campus, he spotted a fire department truck responding to a blaze.

“That sparked a fire inside me, pun intended,” Chief Bautista said. “I realized that this was a career I wanted to have and needed more information on how to get my foot in the door, which eventually got me to PCC.”

That foot in the door led to Chief Bautista earning an associate degree from PCC’s Fire Protection Technology. He said the flexibility of the program combined with the variety of instruction by the faculty gave him the chance he needed to start his career in firefighting and fulfill his dream.

“It was the inclusive nature of the program,” Chief Bautista said. “I had attempted other programs before, but while working a full-time job during a recession, it was made clear that I could not complete those programs without cutting my hours with my employer. At the time, that was not a financial risk I could take.

“But PCC has a combination of courses that are offered during the weekdays, weeknights, weekends and online,” he continued. “The administrators made it clear, if you have the desire to learn, we will help you obtain your goal of a college degree. This is something I appreciated as a student, and the reason I still recommend the program.”

Bautista added that the Fire Protection Technology faculty provided a variety of instruction to the students. Many of the instructors work in different regional fire departments and teach different methods to accomplish various fireground tasks safely.

“This type of instruction became useful when met with real world challenges in the field and having multiple methods to overcome those challenges,” Bautista said. “The program also provided preparation for applying and interviewing for firefighter positions.” 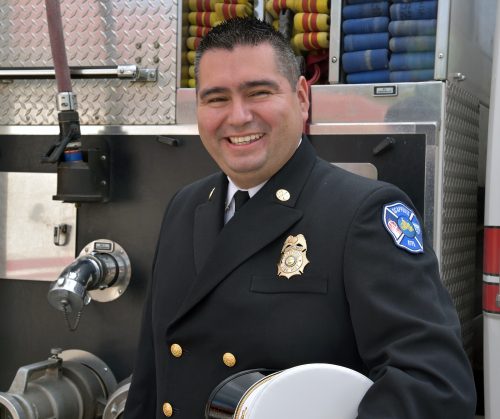 Today, his training and subsequent certifications have helped him and his department to assist Oregon’s wildfire response. Scappoose Fire’s service area borders Oregon Department of Forestry lands, which means his fire personnel respond to assist wildfires locally for initial attack operations. Scappoose members are part of national and state response teams, and the district participates in the Columbia County Task Force for conflagration requests from the State of Oregon. A unique service his department provides the region is a Rapid Extrication Module Support (REMS) team.

“When we send teams out, we need to balance that response by maintaining staffing for our community,” Bautista said. “These specialized medical units help expedite the process of getting an injured firefighter off of the fireline and to definitive care. REMS teams conduct difficult rescues which often involve steep, rugged and inaccessible terrain.”

As a leader in Scappoose and being fluent in Spanish, his talents allows Scappoose Fire District to expand its services to the Spanish-speaking community, as well as serve as an inspiration to many in the community – inspiration he didn’t have when looking for a career. This can come in handy in his recruitment process.

“For me it is important to remember where I came from, and that I did not accomplish anything without support,” he said. “In my new role, it is important to help others achieve their career goals and open doors for future firefighters. My hope is someone will see me in this role, and it will inspire them to pursue a career in firefighting. This is a career that anyone with the motivation and passion can pursue.”

x by Tamara 6 months ago

Absolutely inspirational article! I just felt the need to say thank you to Miguel Bautista for sharing and James Hill for reporting!

x by Deanna Petersson 6 months ago

Welcome to Scappoose! We are glad to have you!

x by PCC Student 6 months ago

I’m interested in pursuing a career in the fire service. I’ve noticed that especially here in Portland, a lot of the firefighters I see when I’m out and about are white men, and as a young woman of color, it’s so inspirational to see and hear about more diverse backgrounds taking jobs and leadership positions in the field- women, people of color, LGBTQ+, etc.

x by James Hill 6 months ago

Any prospective student can contact our program via its webpage at: https://www.pcc.edu/programs/fire-protection/

x by adriana 6 months ago

So great to have Latinx representation! Felicidades Miguel!!!