This content was published: August 27, 2020. Phone numbers, email addresses, and other information may have changed. 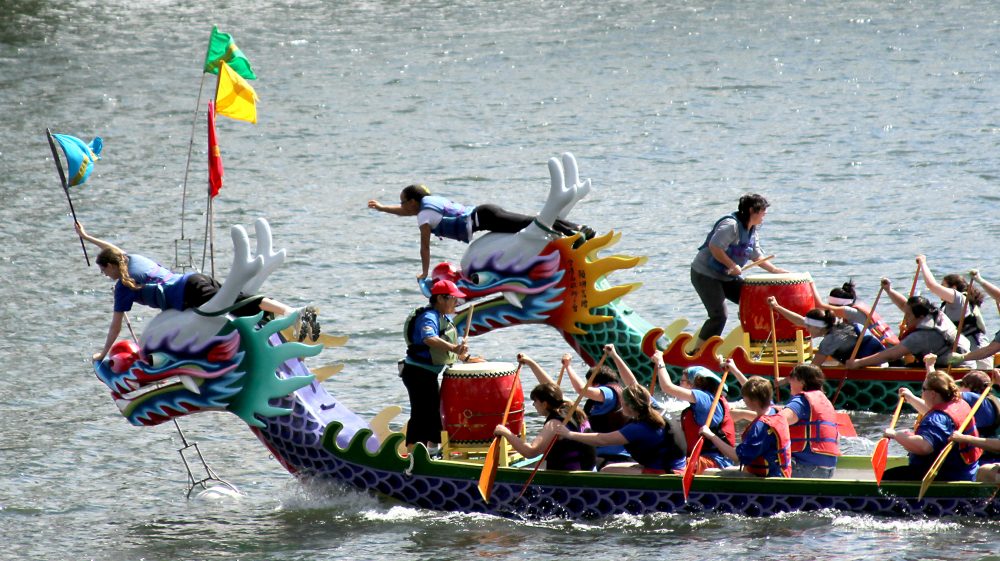 Dragon boating in Portland began in 1989 with the gift of six Taiwan-style boats from Portland’s sister city Kaohsiung. Thus began the annual tradition of the Portland Rose Festival Dragon Boat Races on the Willamette River each June, hosted by the Portland-Kaohsiung Sister City Association.

At the same time, PCC’s Zen Dragons team was created as a way to connect to the local Asian community. It was managed by staff members Fran Palk and Lenny Kesterson, overseeing a team of staff and students who competed in South Africa, New Zealand, Hong Kong, Shanghai, Hawaii, British Columbia, Tampa and even Fort Dodge, Iowa. The team’s best finish came in 2011 when it placed fourth in the Rose Festival’s “Mixed Division C” group, competing against nearly 100 other teams in the category. 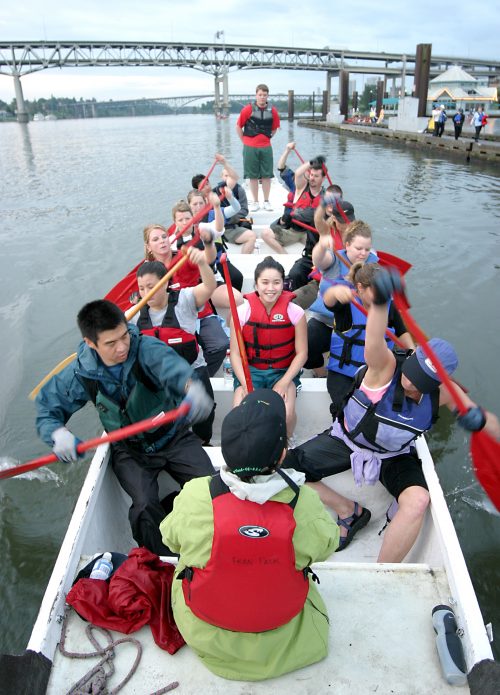 As for philosophy, the Zen Dragons depended on introducing new participants to the sport and teaching the basic stroke and building a sense of camaraderie.

“Instead of win-win-win, we have pride that we are an intro team,” Palk said in 2008. “Our purpose is not to hang on to our paddlers, but have them become comfortable with their skills so they can go on to year-round racing.”

Palk, an ardent paddler for more than 30 years, coached the team until her retirement in 2012. Kesterson also retired in 2012. The team operated as a college-wide student club based at the Sylvania Campus until 2014 when it disbanded. A dragon boat time capsule is now on display at the Sylvania Campus, honoring this bit of PCC history.