This content was published: December 16, 2019. Phone numbers, email addresses, and other information may have changed. 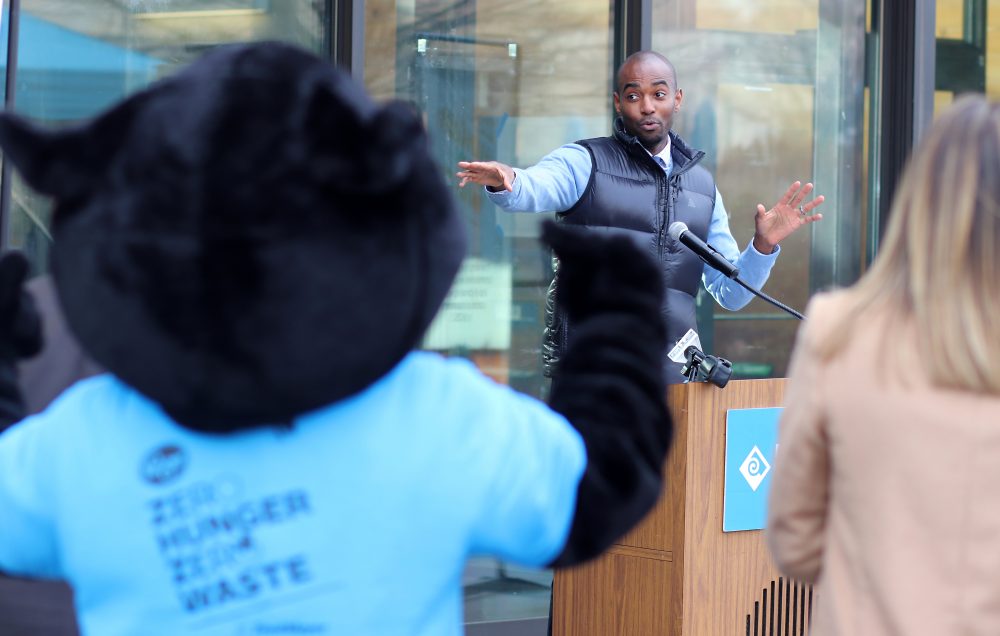 Blazers analyst Lamar Hurd told the crowd that he supports organizations that combat food insecurity and was happy to help unload the first truck from the Oregon Food Bank.

The Portland Community College Foundation and Fred Meyer joined Hurd for a full-court press on battling food insecurity at PCC. On Tuesday, Dec. 3, the college received a food truck delivery from the Oregon Food Bank as part of Fred Meyer’s one-year $300,000 grant. The grant comes from the grocery chain’s Zero Hunger/Zero Waste Initiative and is the largest single philanthropic investment to support anti-hunger initiatives at PCC.

“I try to find a lot of good opportunities and situations where I can be helpful,” Hurd said. “When I was told about this day and asked if I could come and be a part of it, I was excited. To see this all come to fruition is very cool.” 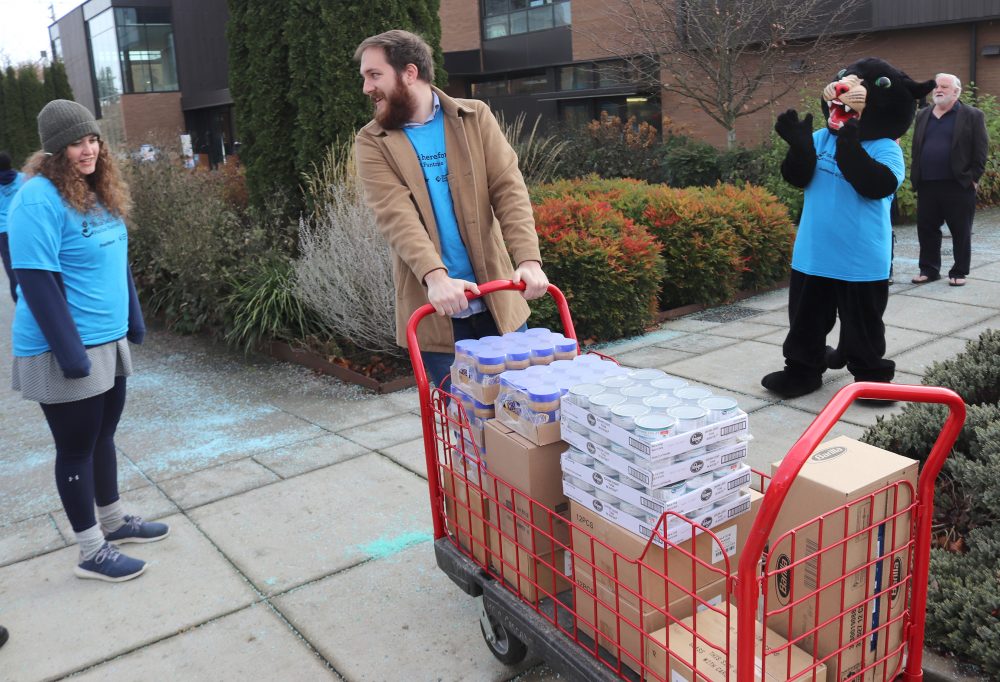 The food was carted off to Cascade’s Panther Pantry located on the Student Union’s second floor.

“Our goal is to end hunger in the communities that we call home,” said Jeffrey Temple, director of corporate affairs for Fred Meyer. “We know that college campuses are one of the most important places that this needs to take place. This effort dovetails perfectly with our zero hunger, zero waste social impact plan.”

“I know firsthand what food insecurity feels like and the hunger pains,” said Jones. “Being able to relieve some of those pains for our students has been one of the most incredible job experiences I’ve ever had.”

The Fred Meyer money will be put toward improving access to food, expanding pantry infrastructure with refrigerators and freezers, and supporting the hiring of PCC students to expand the pantry’s hours of operation. 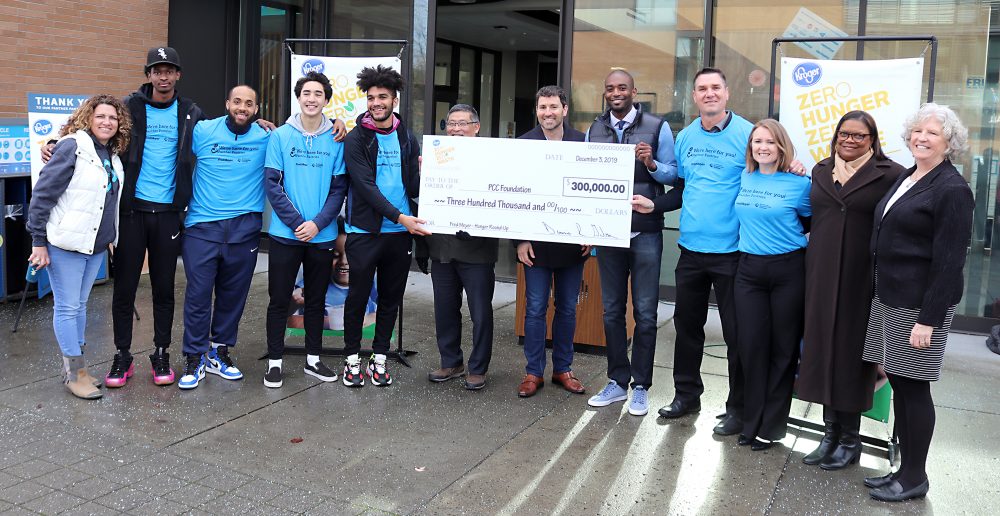 A national study released this summer from the Hope Project found 48 percent of community college students experience food insecurity. Similarly, a 2017 PCC study found that 63 percent of student respondents had experienced some level of food insecurity in the past six months. 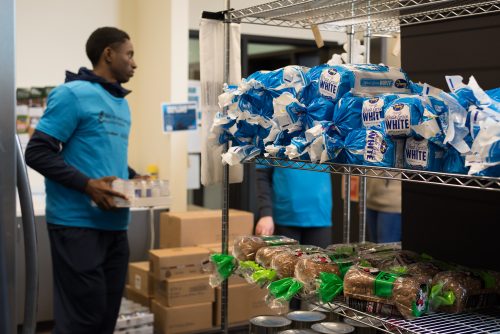 “We all know students who are one sick kid, or one flat tire away from dropping out,” said PCC President Mark Mitsui. “And we know that it doesn’t take that much to help students over that hump and over that barrier. This is an issue of survival. It’s an issue of being able to succeed or not succeed here at PCC.”

The grant is all part of PCC’s effort to bolster its food pantries called Panther Pantries. Through a direct partnership with Oregon Food Bank, PCC has created pantries at all four campuses (Rock Creek, Sylvania, Southeast and Cascade). In 2018-19, students visited the pantries more than 16,000 times, accessing more than 120,000 pounds of food from the Oregon Food Bank.

“We all know how difficult it is to learn and to be leaders, and to just enjoy life when you’re hungry,” said Cascade Campus President Karin Edwards. “And so we’re focusing our efforts on reducing hunger for all PCC students.” 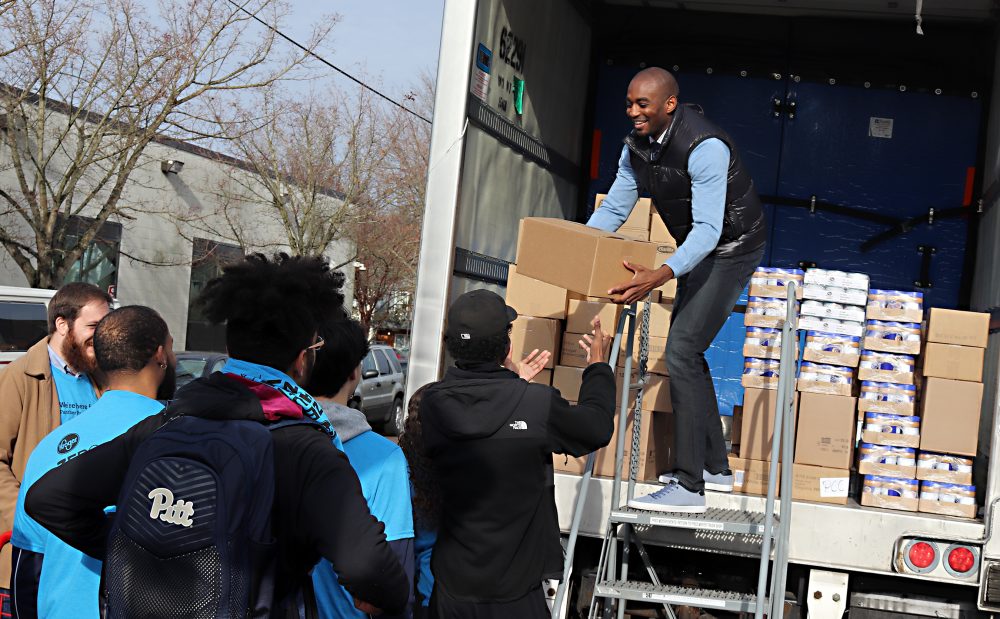 ‘I’m so excited to see this all come to fruition,’ said Lamar Hurd about the Fred Meyer grant.