This content was published: July 1, 2019. Phone numbers, email addresses, and other information may have changed. 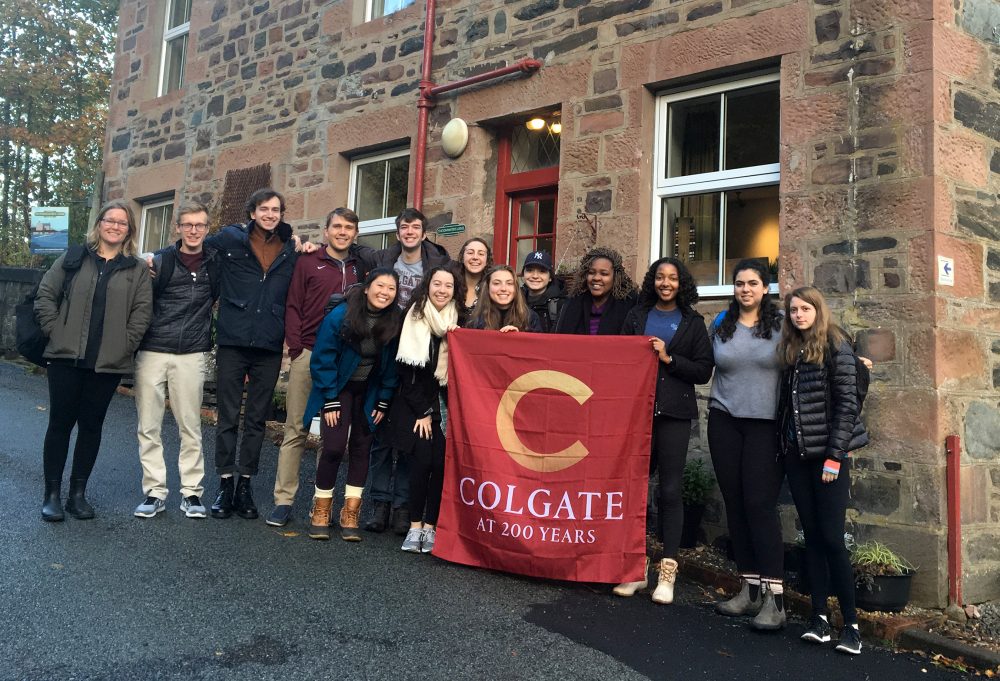 Jenna Reinbold (far left) with her Colgate students in Scotland.

Jenna Reinbold is on the forefront of a new area of study, and her employer, Colgate University, has taken notice.

Reinbold, a Portland Community College graduate who is now an associate professor of religion at Colgate, examines the intersection of human rights and religion. Within this she looks at how religion and law interact in the contemporary world, focusing on the separation of church and state in the U.S., and the role that religion and secularism play in the spread of universal human rights.

This past spring, she was designated by students as the “Professor of the Year”:  news that rippled all the way back to Portland.

“My parents are so proud, they’ve been emailing everyone to share — they even emailed PCC’s president, Mark Mitsui,” said Reinbold.

Additionally, Reinbold was honored with the 2018 Award for Excellence in the Study of Religion by the American Academy of Religion (AAR) for her book “Seeing the Myth in Human Rights.” 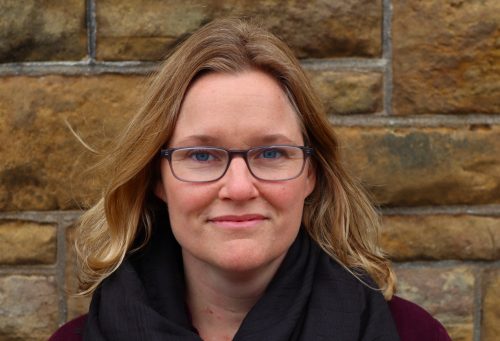 The book analyzes the underlying religious logic of the 1948 Universal Declaration of Human Rights. According to AAR, the award is given to significant works of scholarship that demonstrate “distinctive originality, intelligence, creativity and importance … that affect decisively how religion is examined, understood, and interpreted.”

Teaching religious studies at an elite private university in New York state wasn’t part of the plan when she embarked on her education. Her San Diego high school hadn’t offered robust counseling, and without a concrete educational plan she felt rudderless. She followed her father and stepmother to Portland to seek out something different.

In her early 20s, Reinbold began taking classes at PCC with the vague plan of getting a college degree, but she didn’t have a clear idea of what to study. Like many PCC students, having enough resources was a barrier to her education, but thanks to the college’s affordability and accessibility, it gave her the boost she needed.

“Money was the biggest hurdle for my education,” Reinbold said. “As a student, I would never have been able to afford a small private liberal arts college. My studies at PCC were inspiring and rigorous, but without the anxiety that comes with paying $50,000 a year to go to college.”

PCC provided her with a solid foundation to further education with what she called “transformative” writing and math classes.

“I took a couple of writing classes that were fantastic, and it became my passion,” Reinbold recalled. “I also took a math class that I loved, and I ended up taking more math classes than I needed because the subject was so interesting.”

PCC’s courses allowed her the time to explore what she wanted to do with her studies and life. Thanks to that support, Reinbold went on to pursue her bachelor’s degree at Portland State University, where she took a series of classes that included religious studies. The courses created a passion in the subject.

“I didn’t have a religious background, but those classes sparked an academic interest I had never thought about before,” Reinbold said.

She went on to receive her master’s degree and doctorate at the University of California, Santa Barbara. Her doctoral degree centered on religious studies with emphasis in global studies, law and society.

PCC and Colgate are very different institutions, Reinbold admits, but they do have academic excellence in common. She said both institutions center on encouraging students to take a wide range of classes in a variety of disciplines, from math to science to language to religion so that they can find their passions.

“It was a really great introduction to the world of higher education,” she added. “The classes sparked my interest. I had drive, but I didn’t have everything figured out ahead of time, and PCC gave me the latitude to explore.”

x by Tony Greiner 1 year ago

I have ordered a copy of Dr. Reinbold’s book for the PCC library. Congratulations to her.

x by Joey 1 year ago

So how far in math did she go?