This content was published: May 1, 2019. Phone numbers, email addresses, and other information may have changed. 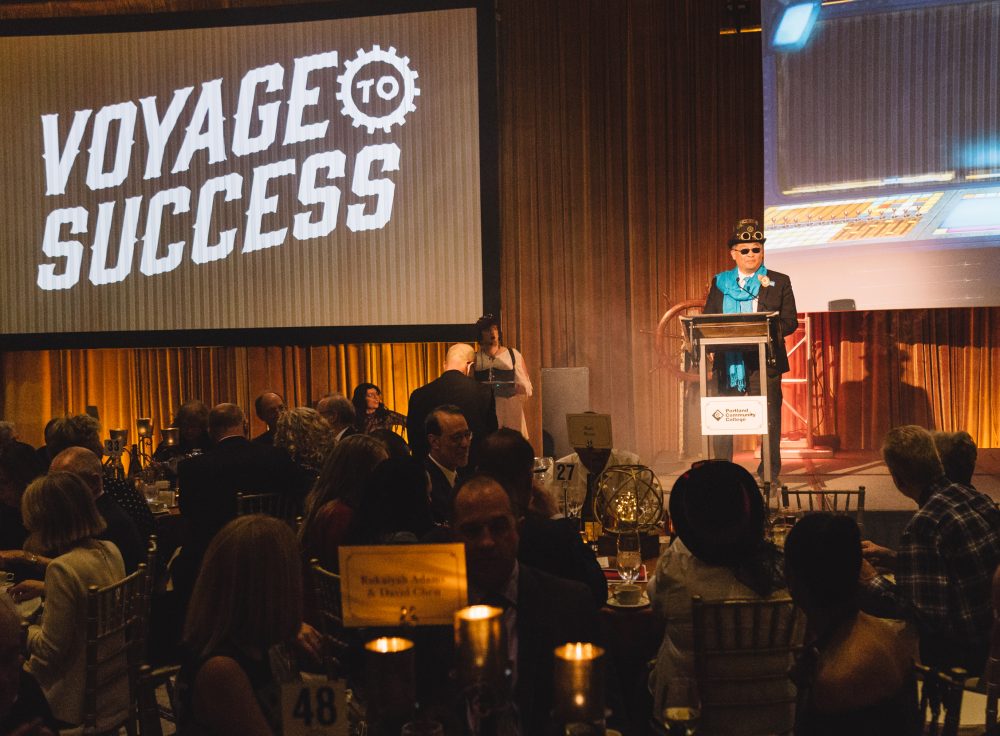 The Portland Community College Foundation has announced the public launch of the “Campaign for Opportunity,” its first comprehensive fundraising campaign to grow support for scholarships, mentoring, workforce development and meeting the urgent needs of students.

The $30 million initiative is seeking public support at a critical moment. The cost of education, even at a community college, is now out of reach for many Oregonians. As Oregon’s largest institution of higher education, PCC is suited to close this opportunity gap and provide education and skills needed to build economic security for themselves and their families.

“PCC’s ‘Campaign for Opportunity’ will provide thousand of students with critical education, and our businesses with the skilled, trained workers we all depend on,” said PCC President Mark Mitsui.

The campaign was revealed to attendees at the foundation’s annual fundraising gala on April 27, which generated a record $636,000. To date, the campaign has already raised more than $25 million and is at 80 percent of its goal.

Also at the gala, The PCC Foundation announced that longtime Oregonians Chris and Tom Neilsen were tapped as the 2019 Distinguished Patron Awardees. The Neilsens have provided critical leadership in guiding the foundation’s first-ever comprehensive campaign.

Lifelong Northwest residents, both Chris and Tom are graduates of Oregon universities. Chris received a master’s degree in Social Work from Portland State University and worked as an educator before becoming a therapist and mediator. Tom received a master’s in Business Administration from Willamette University, and served as owner/CEO of the family’s manufacturing business in Salem. 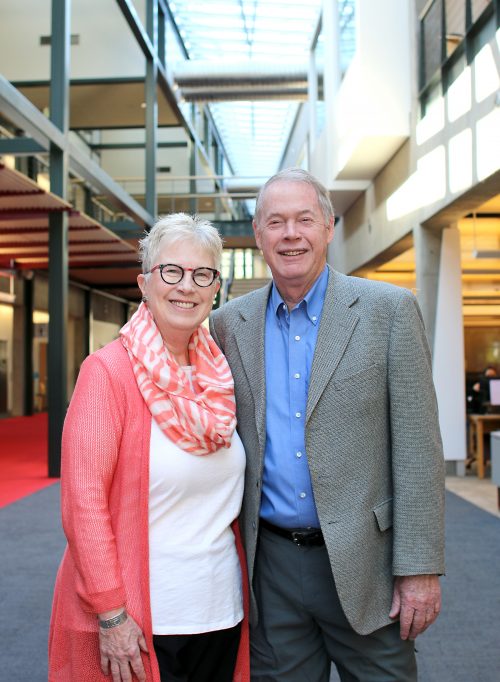 When they moved to Portland in 2007, they became involved with the college as volunteers and donors. Chris served on the PCC Foundation Board of Directors from 2010 to 2015, including a term as president.

The Neilsens said they decided to deepen their support of the foundation due to PCC’s broad and positive impact on the community. They provided one of the campaign’s first and largest gifts, a $280,000 flexible endowment gift for student scholarships.

They both see PCC as a place that provides technical training for skilled workers, creating a pipeline to area employers while being a place of opportunity for all students.

“Every student story is an inspiration,” Chris said. “Both of us are humbled by the persistence and desire of PCC students to make their lives better. We are proud to support them in accomplishing their dreams.”