This content was published: November 26, 2018. Phone numbers, email addresses, and other information may have changed.

Before it was a college, PCC’s ancestry started as a vocational program within PPS 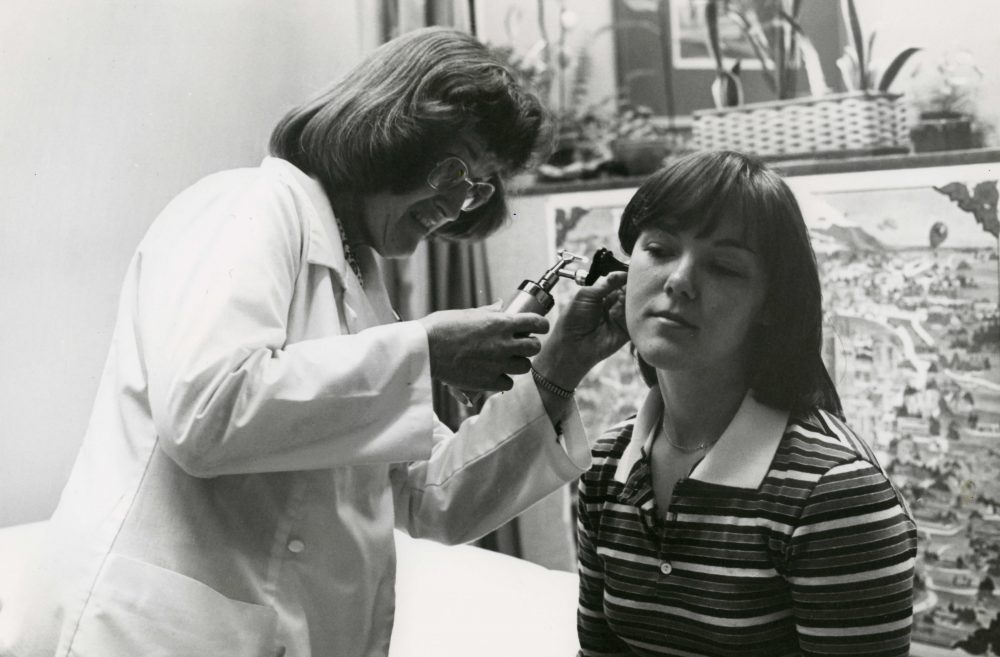 Career technical education, also known as CTE, is in the DNA of Portland Community College.

Thanks to a bill written by the Oregon State Legislature in 1961, the Vocational and Adult Education Division of Portland Public Schools (PPS) officially became PCC. The legislation guaranteed financial assistance for community colleges to create construction and apprenticeship programs to help fill a worker void.

At a small downtown Portland building called Failing School, PCC capitalized on technology donations, both new and used, from local businesses to grow its vocational-technical classes. For instance, faculty would round up spare electronics like resistors, transducers, capacitors, conductors and anything else they could get their hands on. And it wasn’t uncommon for instructors to bring equipment from home for use in their labs at Failing, such as what was used to teach the college’s “Vacuum Tube Transistor Theory.”

CTE wasn’t a new concept, as PPS had operated a vocational school since 1889. This vocation track expanded steadily through the early to mid-1900s, and noticeably ratcheted up following World War II. Such marked growth contributed to its split from PPS’s K-12 program in 1961, transforming it into PCC. 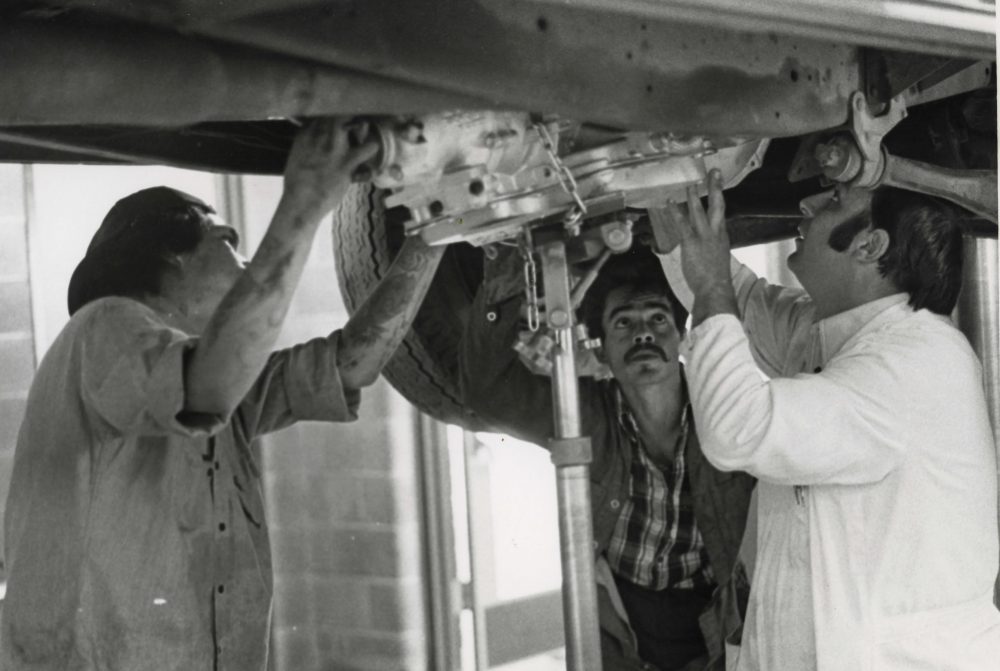 Founding College President Amo De Bernardis wanted to build on this momentum. He wanted his new community college to foster strong relationships with business and industry, and to improve lab instruction. The time was right for these goals: It was the middle of the 20th century, the economy was booming, and businesses were expanding and in need of trained workers to support their growth. At the same time, a significant number of young people were out of work and in need of specialized training to qualify for these jobs. Add to this a large number of older adults and retirees looking to expand their education or get retrained.

A college like PCC was the perfect place for them to obtain needed training. For students, the cost of attending was about half the price of taking courses at a privately operated school. Plus, the institution could provide an affordable way for businesses to send their workers to upgrade their skills. PCC would even send instructors to industry sites to conduct training or host classes.

“The fact is that the greatest manpower shortage is occurring in the skilled occupations,” said De Bernardis in his 1969 Long Range Plan to the Board of Directors. “As the community needs change, the college must adapt its curricula to meet those changes. The dignity and individual worth of each person, and his sincere efforts in shaping his own preparation for career in the occupational structure of society, is uppermost in the minds of those planning these (career-vocational) courses.” 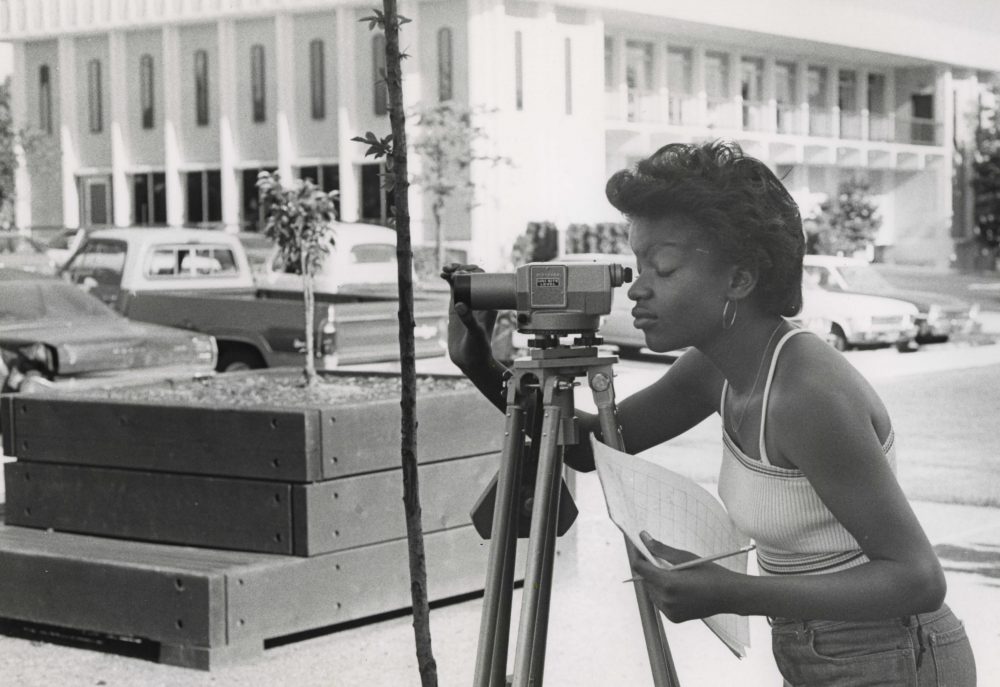 In the 57 years since it first opened its doors, PCC has steadily grown, expanding from its initial, small site with the unfortunate name — Failing School — to a multi-campus and center college, with locations throughout the Portland metro region. Its expansion enabled CTE programs to flourish across the district served by PCC, such as Nursing, Automotive and Dental at the Sylvania Campus; Vet Tech, Building Construction and Aviation Science at Rock Creek; and Fire Science, first at the Southeast Center, then later relocated to Cascade Campus.

Because of PCC’s affordability and accessibility, it remains the “go-to” institution for career-tech training, answering a long-time, ever-present regional need.

“Since the pioneer days when Portland’s first sawmill was described as ‘a whipsaw, two men and a log,’ natural resources, (people) and their increasingly sophisticated technology have guided and shaped Oregon’s economic progress,” De Bernardis said. “The area has a definite need for and the ability to support a comprehensive community college.” 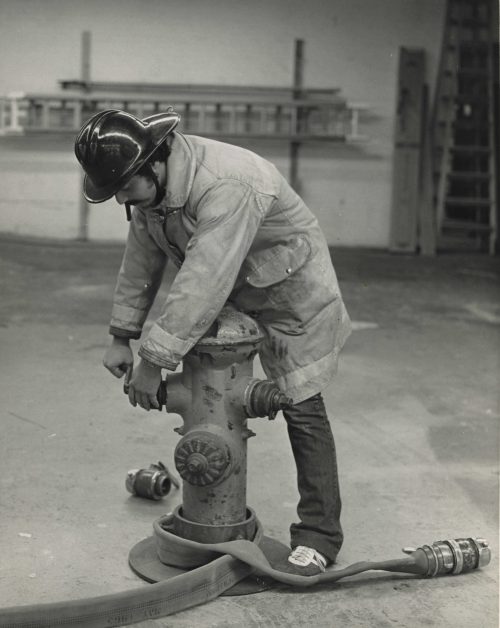 Today, PCC students in CTE courses with a grade of C or higher have the highest, most successful completion rates of all instructional areas at the college, in great part because of integral wrap-around, student support services like advising, career guidance and financial assistance. During the past three years (2014-17), proof of CTE success is in the numbers. For instance, every student in the Radiography and Dealer Service Technology programs found work within 12 months of graduating. Trailing ever so slightly were Microelectronics Technology and Health Information Management, with 90 percent of their graduates finding work within a year of completing their studies.

Support for these CTE programs comes from many of PCC’s employer partners — 1,600 at last count — whose involvement ranges from donating equipment, to advising on curriculum, or simply assisting the college to gauge workforce needs. The college’s workforce division is one of the largest programs in Oregon serving the needs of business and industry.

Yet in spite of PCC’s breadth and scope and its strong infrastructure, there is a regional problem at play.

Key to solving this problem is proper funding at $787 million for Oregon’s 17 community colleges as part of the state budget in the next biennium (2019-21). Colleges will earmark $70 million of the funding total to expand CTE programs to serve business and industry workforce needs. The goal is to double the number of graduates in high-wage, high-demand fields. 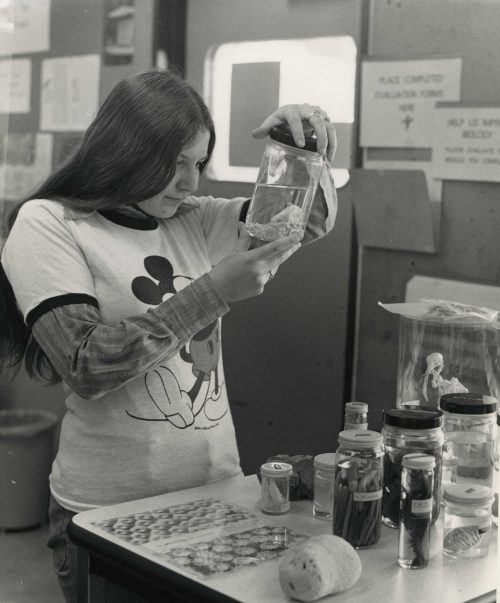 While the industries and technologies may have changed since 1961, the core message about the importance of and need for CTE remains very much the same.

“Healthcare programs at PCC have been (and continue to be) a must for our communities and our industry,” said Melanie Faber, staffing coordinator at Providence Medical Group, at the college’s recent employer partner day at the state Capitol Building. “We get our best candidates (from PCC), and we value the education they get.”

With a growing skills gap, PCC is there to narrow the divide. Because, after all, CTE training is in the college’s DNA.

“One of the things we are really focused on is partnering with our employers to create more opportunity for students,” said Mitsui. “We are leveraging those partnerships for students as much as we can, but we still are not able to completely bridge the skills gap (without additional state funding).

“Our region depends on PCC to help keep it strong, diverse, and thriving,” he continued. “Our students’ success is not a singular effort; it is the culmination of all the moments of learning and relationships that a student has been a part of at the college.” 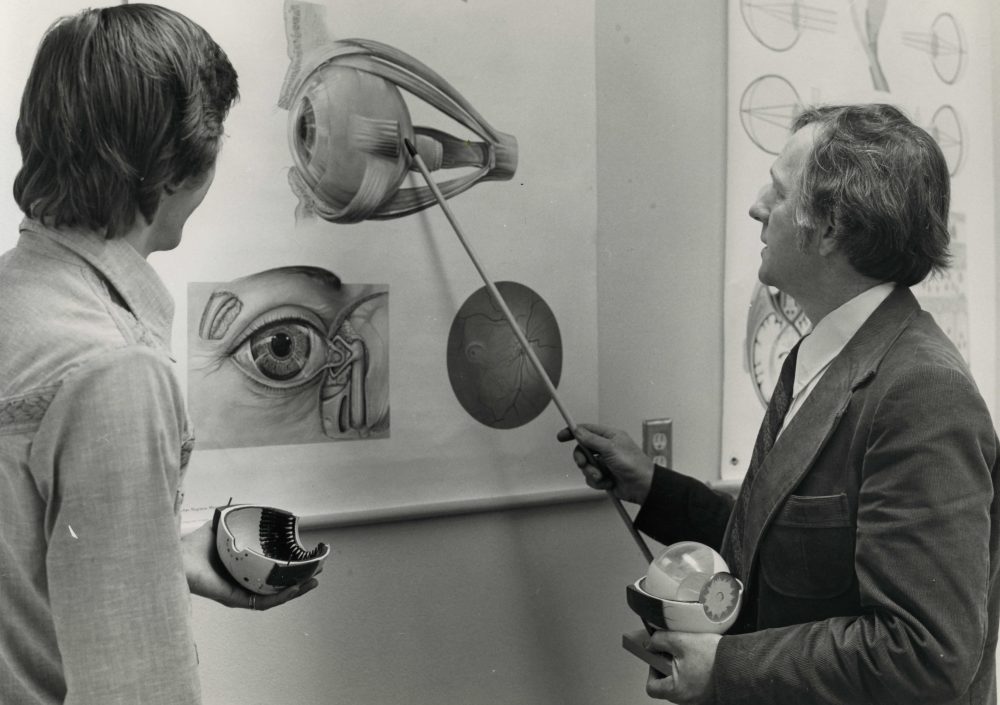 x by Tony Greiner 3 years ago

I believe the woman looking through the surveyor’s scope is standing near the old Student Center at the Cascade Campus. This was before the existing library building was added to it. Now the Student Center is gone (except on all the campus maps) but the library remains.

x by James Hill 3 years ago

Thanks for sharing Tony!