This content was published: August 13, 2018. Phone numbers, email addresses, and other information may have changed. 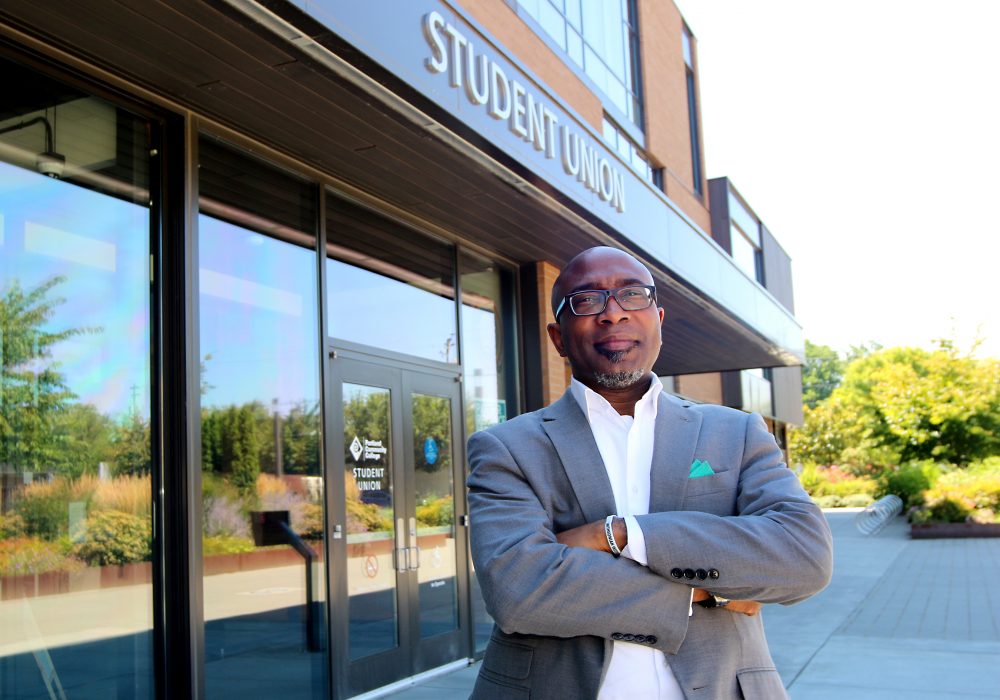 An important discussion was initiated as part of a panel of local African American entrepreneurs and professionals, held in the Moriarty Auditorium at Portland Community College’s Cascade Campus. It focused on the systemic barriers faced by employees and businesspeople of color in the marketplace.

One of the panelists was Lindsey Murphy, the creator and host of the popular YouTube kids science series called “The Fab Lab With Crazy Aunt Lindsey.” She described her approach to navigating the pervasive wage gap between men and women on the job, a gap that is all the wider for women of color. She recalled that, before she went into business for herself, she would go into job interviews knowing that even if she had a great interview she would be offered significantly less than a man would. She said many women of color are in the habit of accepting whatever offer is presented to them, thinking instead that they should simply be happy to be there.

“I just started asking for about 50 percent more than I was expecting to get,” Murphy said. “That way, I figure I’ll end up with something that’s close to fair. These barriers exist, but you have to speak, act, and carry yourself like they don’t exist.”

“Stop feeling like you’re happy to be here,” she said. “You are here.”

The panel was part of the second annual SOUL Summit, which is centered around issues of education, health, and identity among Portland’s communities of color. The attitude expressed by Murphy (“You are here”) encompasses the spirit that drives the summit, said event organizer Clifford Meeks.

“There is a need for students of color to come together to address concerns around belonging, identity, and how to look after themselves during and after college,” said Meeks, who coordinates the campus’ Multicultural Center. “Just because you decided to go to school doesn’t mean that you’ve hit ‘pause’ on the rest of your life.” 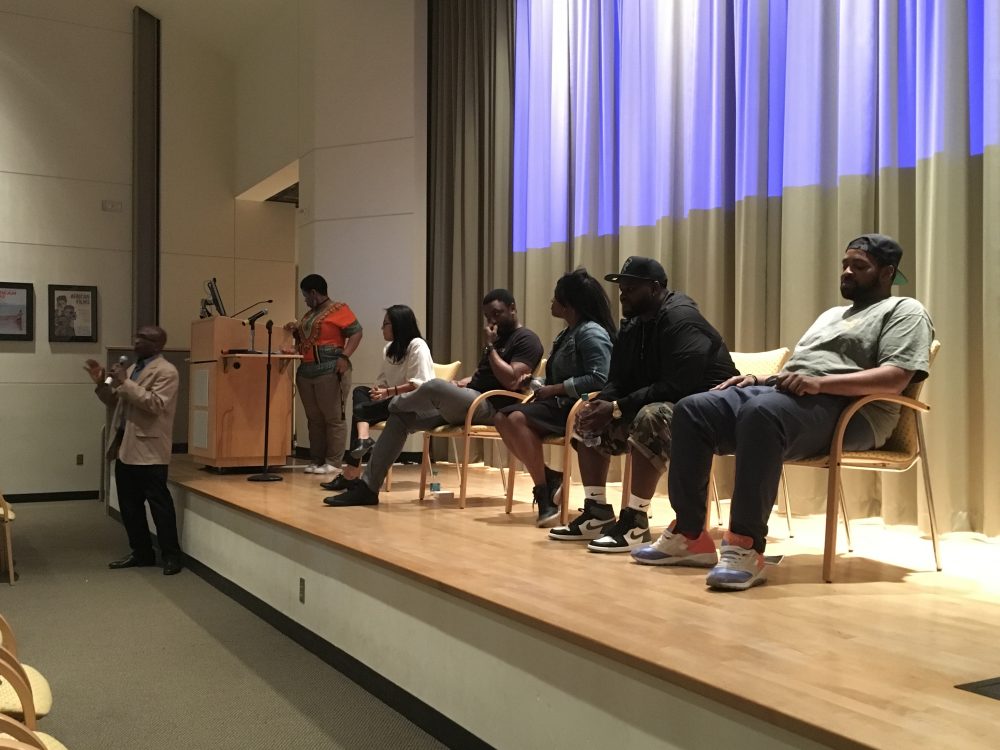 The SOUL Summit (“SOUL” is short for “Students Of Urban Leadership”) grew out of the Men of Color Leadership Program that Meeks helped establish at the Sylvania Campus, and now serves as that program’s capstone project. The summit’s debut in 2017 was mostly oriented around themes like healthy manhood and positive masculinity, but this year, Meeks and his fellow organizers – who make up the current cohort in the Men of Color Program — wanted to broaden the event to appeal to a wider range of participants.

“The unofficial theme for 2018 was ‘building the next generation of superheroes,’” Meeks said. “We wanted to be more inclusive, particularly in terms of gender, and we wanted to give students the opportunity to meet and interact with successful role models of color. We wanted to give them examples of how to be superheroes in their own community.”

Meeks also wanted to drive home the importance of role models as part of a continuum of community-building. It’s important to have role models if you’re a young person coming up, he said, and just as important to learn how to be a role model once you’ve become established in your career and community.

“There’s value in it because there are impressive individuals right here among us,” he explained. “They’re accessible; they’re not celebrities. They’re open to supporting students who are coming up. For our students to see that, it helps them to visualize what their version of success should look like, and it helps them to see themselves up there speaking to and inspiring the next generation.”

In addition to the panel discussion, the 2018 SOUL Summit featured a keynote address from Murphy, as well as breakout sessions with each of the panelists, where students were able to learn firsthand about everything from developing mobile phone apps, to video production, to software engineering and opening your own coffee house. The idea here, too, was to show by example that there are professional and entrepreneurial opportunities opening up for people of color across a wide range of industries and disciplines.

In coming years, Meeks said he would like to broaden the SOUL Summit even further to become a touchstone for PCC students of all stripes. He plans to add a series of robust, interactive workshops, offer more opportunities for students to interact with established professionals and community leaders, and to open the summit to high school as well as PCC students.

“I want to get the message out about how PCC can be an accessible and integral part of their educational journey,” he said. “Our students come from a wide variety of backgrounds. I want them to learn to walk away from the ‘isms’ with which our society tries to define them. The ‘isms’ won’t go away if you ignore them, but if you stay true to yourself and your vision for your future, you will be successful.”