This content was published: January 15, 2018. Phone numbers, email addresses, and other information may have changed.

After World War II, Ekubo Sawaura’s grandparents turned their passion for farming into a business. Thirty years after that, her father began what would become one of the biggest organic farms in Japan. In 2018, she is using that same energy to take Cornell University by storm in the world of agribusiness. 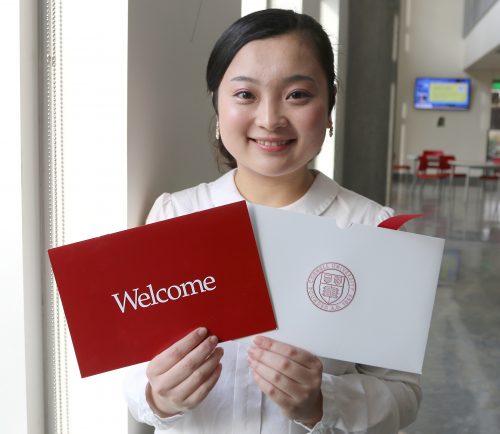 The 22-year-old, who hopes to kick start her own career in farming, recently learned she was accepted into Cornell’s College of Agriculture and Life Sciences.

Her story is one of overcoming language and cultural barriers, to succeed in her academic pursuits. In 2015, Sawaura began her journey by enrolling at Portland Community College, taking Level 5 English for Speakers of Other Languages classes at the Southeast Campus.

In two years, she completed a General Studies associate degree, which was awarded to her last summer. Sawaura then began the application process to the Ivy League school, which was capped by an email from Cornell on Dec. 5 announcing she had been accepted.

Throughout, there were a few moments of hand-wringing.

“I thought I wasn’t accepted because the email’s title was not ‘congratulations,’” she said. “My hands were shaking as I registered on their website to view the message. I was scared to see the results. But when I logged in, the page said ‘congratulations!’ and I cried.”

The tears didn’t last long. Sawaura was so excited by the news that she immediately called her parents in Japan, where it was about 2 a.m. local time. The time of the call due to the time difference didn’t seem to bother her family.

“They were so proud of me,” she recalled. “We never thought I’d get into an Ivy League school. But the program fits perfectly with my academic interests and offers some of the best agricultural courses in the world.” 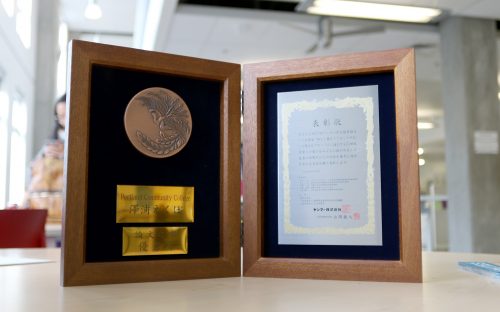 Sawaura’s research paper about how to expand Japanese agribusiness based on social, environmental and economic sustainability, won the 27th YANMAR National Thesis Contest for College Students in Japan.

Her interest in agribusiness makes sense. Her father runs four agriculture firms that have exported low-calorie and organic pasta products to seven countries in Europe and now is looking to expand to the U.S. She once accompanied her dad to promote shirataki pasta at the world’s leading trade fair for organic food, called BIOFACH in Germany. And while at PCC, she wrote a research paper about how to expand Japanese agribusiness based on social, environmental and economic sustainability, which nabbed her Japan’s 27th YANMAR National Thesis Contest for College Students Award in the process.

“The experience gave me the idea to study agribusiness from an international view in order to solve the world’s agricultural problems,” Sawaura said. “And to bring what I learned from other areas of the world back home to Japan.”

After living in Portland a few years, she wants to eventually use her skills and that passion to open a local ice cream shop.

“I love ice cream like what they sell at Salt & Straw,” she laughed.

Getting to that point would be an amazing accomplishment considering the obstacles she’s overcome. After working briefly at her dad’s company, Sawaura learned through her high school teacher that Japanese universities rejected her applications due to her lack of English skills. Determined to overcome that barrier, Sawaura moved to Happy Valley from Gunma (near Tokyo) to live with her great uncle, which was when she enrolled at PCC to improve her conversational skills. 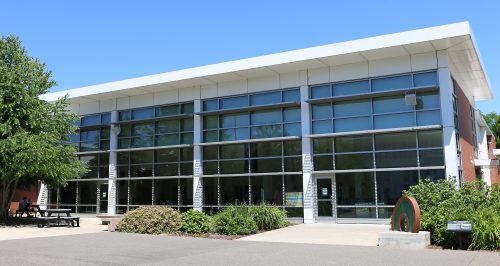 The Southeast Campus was a pivotal location for Sawaura to take ESOL classes and build her English skills.

“I was pretty frustrated by English in high school,” she recalled. “It was my weakness. So I chose to come to America to learn it rather than taking classes back in Japan. Not being accepted into a Japanese university was frustrating, but it gave me the motivation to be successful.”

At PCC, Sawaura sought to improve her skills by conversing often with native English speakers at the tutoring center. Plus, she took advantage of working on campus by serving in student government and at the career exploration center, as a peer advisor. This further developed her English language skills and gave her a sense of community at the Southeast Campus.

“These experiences helped me a lot in improving my English and building relationships with others,” she said. “And, it further opened my eyes to other cultures.”

Jen Poinar, Southeast Career Exploration Center coordinator, was Sawaura’s supervisor during her peer advising and international student ambassadorship. Poinar said Sawaura is very goal-oriented, determined, creative, empathetic, and hardworking with a positive attitude, all of which contributed to the center’s success.

“Having once been an international student in France, I know personally how rewarding and challenging the experiences of studying in a foreign culture and learning a language can be,” Poinar said. “I have seen her grow tremendously in both her leadership abilities and her confidence. I am very proud of her and excited for her journey to begin at Cornell this coming year.

“Ekubo is a natural ‘people person’ with a passion for wanting to help others, especially our diverse Southeast Campus population,” Poinar continued. “She was instrumental in welcoming students to our center and helping them feel a sense of belonging and connection by sharing her personal journey with them and helping them to see they can succeed, also.”

In her years at the community college, Sawaura earned scholarships through the PCC Foundation, performed hours of community service with the likes of Sisters of the Road Cafe, Oregon Food Bank and others, and assisted her Phi Theta Kappa chapter.

Sawaura, who considers Portland her second home, is focused now on getting settled at Cornell, diving into her agricultural sciences classes, and starting her career in food management. Sawaura has already brainstormed new ice cream recipes in preparation for her business career.

“Starting at a community college was the best choice I’ve ever made,” she said. “My English skills were very poor, and I wasn’t getting into a university if I applied as freshman. Not only was PCC financially cost effective, it gave me time to think about which university I really wanted to go to. Now, I have the confidence in what I’m supposed to be doing and have worked hard to overcome my language obstacle, which is why Cornell accepted me.”

x by Christine White 4 years ago

Ekubo was one of the brightest stars (there were several) in a public speaking class I took last year. I would also see her helping out at nearly every student event at SEC. She worked hard for everything she’s gotten and I’m so happy to read that she’s going to Cornell.

x by Jen 4 years ago

Beautiful article James, and congrats again Ekubo. We wish you all the best!

x by Kole Myrick 4 years ago

I am so happy for you Ekubo!! I hope you have a great experience at Cornell and wish you luck for your future.

x by raolat.ajibade 4 years ago

Congratulations on your life journey on organic agriculture Ekubo! Thanks for taking the path of cleanliness as opposed to conventional farming. Enjoy the journey every steps of the way! Way to go!

x by Charles Allen 4 years ago

Congratulations! I don’t know you yet I’m proud of you. It appears that you’ve worked hard for something that otherwise would have been denied to you and I’m happy that you did so on our campus and our PCC. You’re an inspiration. I wish you continued success! Learn and enjoy.
p.s. I’m looking forward to trying some of your ice cream, please keep us in the loop.

x by Celeste Dyson 4 years ago

x by yan 4 years ago

Congratulations and proud of you, Ekubo
Keep learning and wish your dream become true soon.

x by J Nguyen 4 years ago

Congrats on Cornell! Also super excited to taste the flavors at Sawaura-san’s future ice cream shop. The rich bounty of Oregon produce combined with Japanese premium products will result in a new level of umami!