This content was published: December 6, 2016. Phone numbers, email addresses, and other information may have changed. 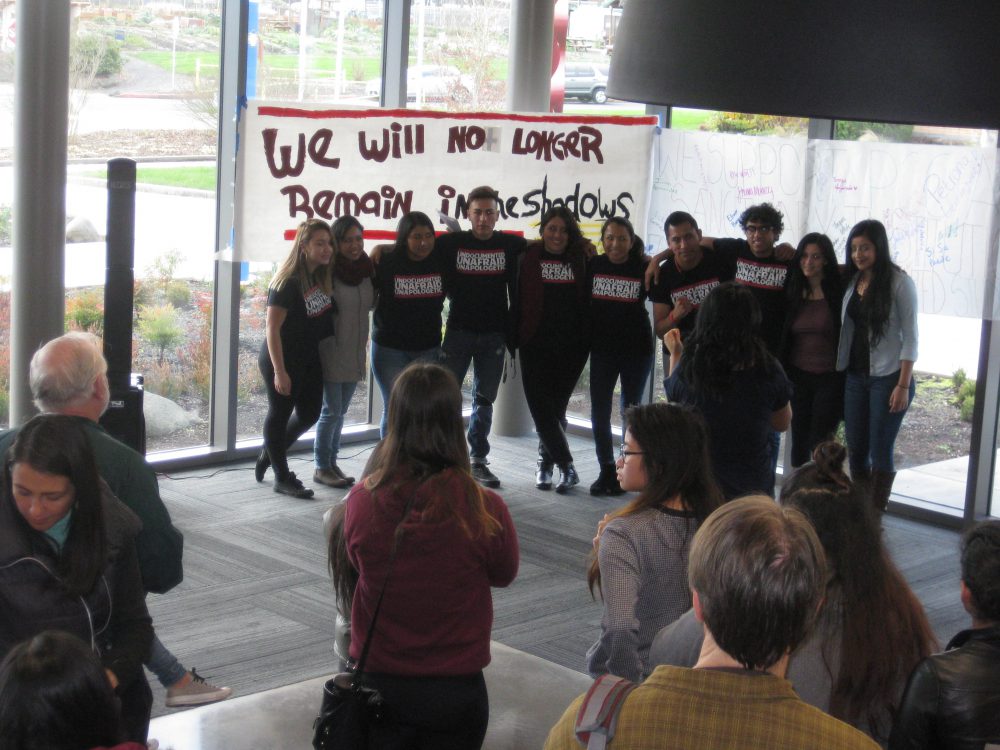 One of the most difficult things for undocumented students to do is to tell their stories — stories about families separated at the border, of homelessness, hunger and unrelenting anxiety.

But students at the college’s Rock Creek Campus did just that as part of their noontime event on Tuesday, Dec. 6, “Coming Out of the Shadows Undocumented and Unafraid.” A dozen undocumented students described their challenges in employment, housing, medical care, transportation, food insecurity and the constant fear of deportation for themselves and their families.

Following the “Out of the Shadows” rally, the group met with Anna Weller, a representative from the Farm Workers Program, and with immigration attorney Danielle Perez. The two-hour discussion focused on educating students about local resources, as well as basic rights regarding deportation.

Students are asking PCC for additional support in general and more specifically, for PCC to publicly declare itself a sanctuary college, a question now under consideration by the college’s Board of Directors.

Student activism on campuses around the country has increased significantly since the presidential election. 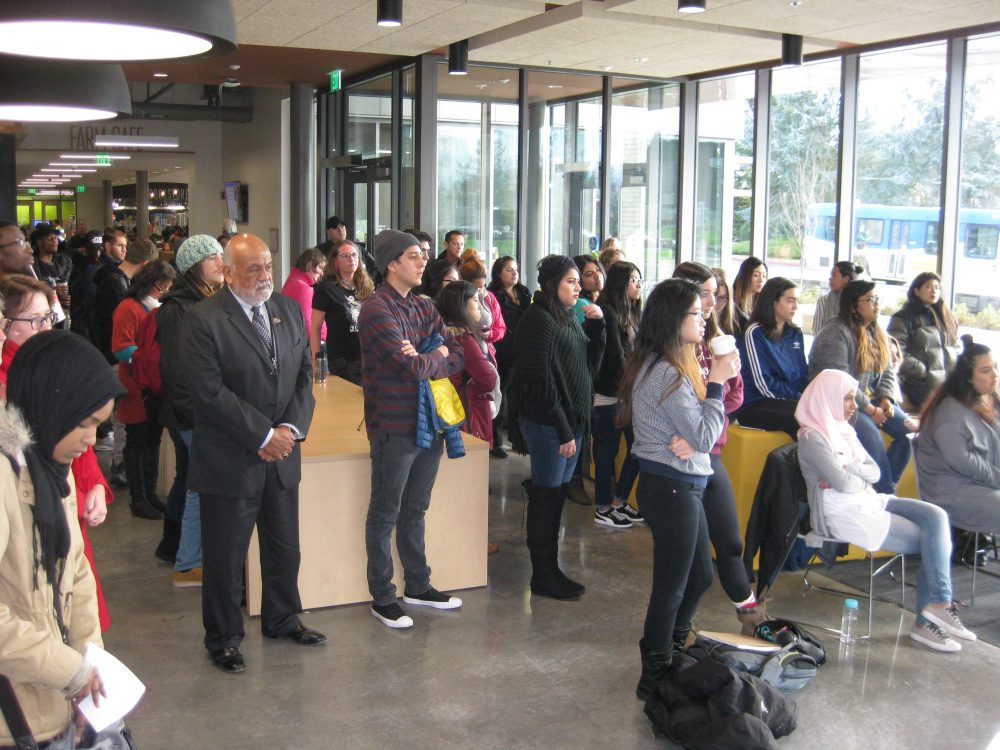 x by Scott Ellertson 5 years ago

I have had the pleasure of meeting many undocumented students and witnessed how hard-working and diligent they are in regards obtaining their education. In fact, it has been my honor to work with PCC graduates who received the benefits of President Obama’s DACA program. They are stars where I work. I believe it very important that we, as a country, find a way to continue offering the “Dreamers” a road to citizenship and a window to openly participate in society. They pay taxes and should be given an opportunity to gain legal status. It is difficult to understand why PCC has not yet declared itself a sanctuary.

x by Scott McLoughlin 5 years ago

Sanctuary? What about those that follow the legal path? No, never citizen ship.
If they came illegally then as long as not criminal they can stay but not as citizens. There American born children will be, but not them. Close border, secure border, those here illegally will one day die like all of us. They have their dream of their family becoming American but not them. Everyone wants to do the poor woe is me for immigrants but they have no idea how hard some of us work and follow rules. No you too must follow rules. This liberal state is nuts, I voted for trump not another big brother will take care of us Democrat.
Pretty funny Nov 9th all the tears and bunch of babies whining. Can’t wait to see trump govern.

x by Misty Bouse 5 years ago

I attended the “Out of the Shadows” undocumented student event and was grateful to hear the perspective of these student immigrants who study under life conditions that would be obstacles too tough to overcome for many of us citizens—from persistent hunger to lack of jobs to no student loans/financial aid—and not even the right to drive, and so much more. Learning of the hardships these hardworking students/ peers/neighbors face daily in their lives, touched my core. I can now feel the fear of the student who shared his panic behind the wheel when police cars pass and I can taste the protein powder that fills one student’s stomach in lieu of daily meals so he can pay tuition. Hearing these students speak was illuminating to say the least. You/r families have immigrated illegally, but realize that most of us can empathize with your motivation to come here. It is the same reasons our families immigrated: we want ourselves and our children to have opportunity and freedom–from oppression/violence–and the right to practice our chosen beliefs—to earn a decent living–to have hope. Thank you dreamers for bravely reminding us that we are the same. And may our nation still rise to your expectations.

[…] a space where students could share their concerns and frustrations. Out of this grew Rock Creek’s “Student Movement,” which Quiroz said was influential in PCC’s decision to declare the college a sanctuary for […]

Part 1: Top Stories of 2021, Volunteers Deliver 400 Boxes of Food to Students, Stepping Up