This content was published: May 26, 2015. Phone numbers, email addresses, and other information may have changed. 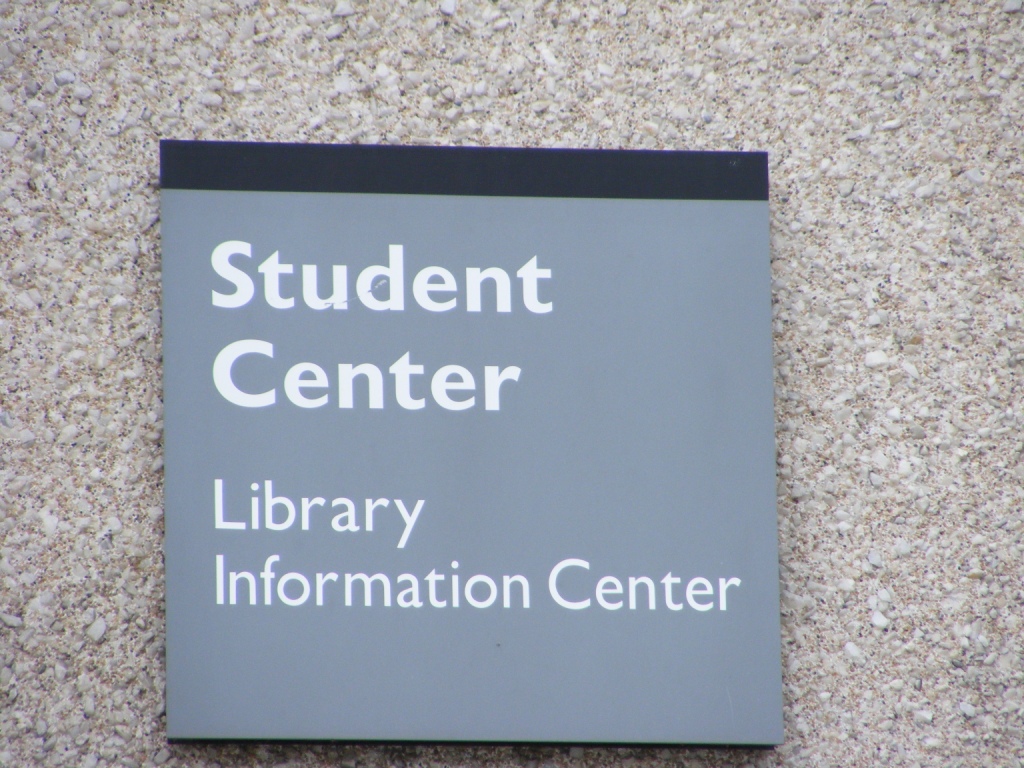 The Library portion of PCC Cascade’s Student Center is set for remodeling this summer, while the rest of the building will be demolished to create a new plaza.

Not long after the streamers were swept up from the celebration of PCC Cascade’s two new buildings, plaza and underground parking structure, the campus this week launched Phase II of improvements funded by the 2008 bond measure.

The work will first focus on the old Student Center, where the Underground, first-floor dining space and second-floor classrooms will all be closed starting today as contractors begin the task of asbestos abatement, mostly above the ceilings.

The week of June 15, a construction fence will be erected, and in early July, the Student Center will be demolished and replaced with a new plaza.

Meanwhile, the Library and third-floor classrooms will remain open until the end of spring term, after which library services will be available in Terrell Hall 116. The Library building will be closed for about a year for remodeling, including an entryway, new common space, and a second classroom.

Phase II, which is scheduled to be completed in 2016, will also include remodeling of the Student Services Building for better flow and efficiency. An Answer Center, similar to that recently introduced on the Southeast and Sylvania campuses, will be located on the first floor and a testing center on the second.

The campus community is already enjoying the new Cascade Hall, Student Union, landscaped plaza and underground parking structure that made up Phase I of improvements.