This content was published: May 20, 2015. Phone numbers, email addresses, and other information may have changed. 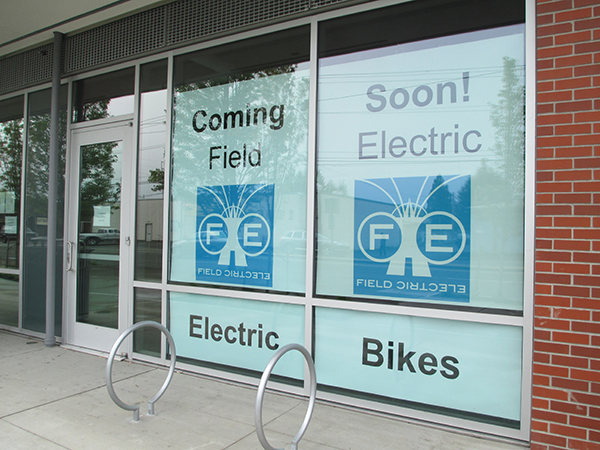 Field Electric Bikes is set to open its doors this summer in the northeast corner of the PCC Southeast’s new Student Commons.

Field Electric – Electric Bikes is one step closer to charging onto the PCC Southeast Campus scene with construction scheduled to start Tuesday on the shop’s new retail space, just part of the improvements funded by the 2008 voter-approved bond measure.

Owner Spencer McGill started his original shop in 2011 in a small window front near the busy intersection of Southeast Hawthorne and Cesar Chavez boulevards. Now, however, the entrepreneur has a lease for more than 1,000 square feet of commercial space — nearly twice the amount of his Cesar Chavez spot — on the ground floor of the new Student Commons at Southeast Campus.

On the east side of the Student Commons fronting Southeast 82nd Avenue, the college has integrated 3,255 square feet for commercial space, which was one of the goals of bond measure. Field Electric will occupy the northeast corner of the space, with doors expected to open summer 2015.

As part of the improvements at PCC Southeast, two new buildings were built, the Student Commons and the Library, which represent just part of the more than $49 million that the college is investing in the recently fledged campus.