This content was published: September 19, 2014. Phone numbers, email addresses, and other information may have changed. 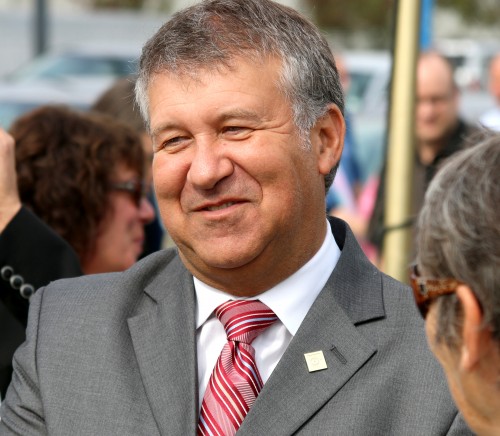 Brown will begin his tenure on July 1, 2015 and serve through June 30, 2018. Due to recent higher education reform the seven-member Oregon University System governed by the State Board of Higher Education was decentralized and universities like Oregon Tech now have their own governing boards. For the complete list of the first nine confirmations, read the Oregon Tech announcement.

“I’m honored to be part of the first cohort of trustees to serve Oregon Tech University,” said Brown, who joined PCC in 2013. “Oregon is on the front lines of some of the most innovative dialogue and practices when it comes to post-secondary education. Serving on Oregon Tech’s Board of Trustees will enable an even stronger partnership and more opportunities for students.”

Brown’s participation on Oregon Tech’s Board symbolizes the long-standing partnership between the two institutions that includes:

Brown has a strong connection between the trades and post-secondary education. He is a son of a millwright and an educator from Northwest England. He immigrated to the United States to pursue his education and instruction in nuclear physics. A native of Manchester, England, Brown served as president of Dowling College on Long Island and of Edinboro University of Pennsylvania, part of the state’s public university system before arriving at PCC.