This content was published: July 29, 2014. Phone numbers, email addresses, and other information may have changed.

Deanna Palm, president of the Greater Hillsboro Area Chamber of Commerce, has been named the Portland Community College Board of Directors Chair for the 2014-15 year.

Palm, who was appointed to the PCC Board in 2009 and then elected in 2011, was sworn in by PCC President Jeremy Brown at the board’s last business meeting on July 17. 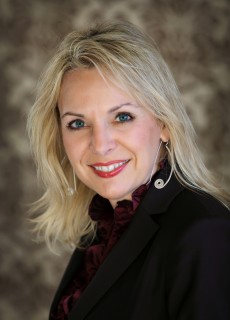 “Portland Community College’s Board is very fortunate to have such a dynamic, visionary leader like Deanna at its helm,” Brown said. “I have greatly enjoyed working with Deanna during my first year at PCC and I look forward to her ongoing contribution to the college as its Board Chair.”

A former PCC student, Deanna Palm represents Zone 7, which covers western Washington County. The lifetime Washington County resident has been president of the Greater Hillsboro Area Chamber of Commerce since 2001. Palm leads the chamber in establishing relationships with the community, businesses and local governments as well as implements all of the chamber board’s policies, administering the budget and participates and promotes the chamber.

“As a PCC alum, I know first hand what a positive impact an education at PCC can have on your career and in my position at the Hillsboro Chamber I have seen how responsive and adaptable PCC can be to rapidly changing workforce development requirements,” Palm said. “I’m thrilled to continue to serve in this new leadership capacity with the PCC Board.”

The PCC Board of Directors consist of seven members elected by zones to four-year terms. The board members govern the college, which includes selecting the president, approving the hiring of other staff and faculty, approving the college budget and establishing policies that govern the operation of the college.

x by Sylvia Gray 8 years ago

Director Palm – Thank you for your dedicated service to PCC. I know you will provide great leadership! Sylvia Gray

x by Liz Ryan 8 years ago

Congrats Deanna, on becoming Board Chair!
Having worked for you at Portland Chamber, I know PCC is in good hands.
Liz Ryan

Five PCC Board Seats on May Ballot, Southeast Center to become a campus, PCC Board appoints new director