This content was published: December 30, 2013. Phone numbers, email addresses, and other information may have changed.

PCC President Jeremy Brown has announced that Sandra Fowler-Hill, Everett Community College’s executive vice president of Instruction and Student Services, has been chosen as the new president for Rock Creek, 17705 N.W. Springville Road. Fowler-Hill will start in her new role in spring 2014.

“I am very pleased that Dr. Fowler-Hill will be joining the Portland Community College team as president of the Rock Creek Campus,” Brown said. “She brings a uniquely strong and diverse background in academic leadership, student services, and creating and sustaining partnerships with business, industry, and local communities and schools. I am eagerly looking forward to working with Dr. Fowler-Hill in enhancing PCC’s services to Washington and Columbia counties.” 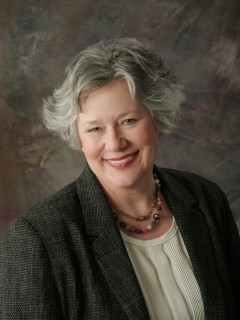 ‘I am delighted to be selected as the next campus president of PCC Rock Creek,’ Fowler-Hill said. ‘My husband, Larry, and I are looking forward to relocating to Washington County and becoming engaged in the community.’

Fowler-Hill has worked in her current position as chief academic officer, student affairs and accreditation liaison officer since 2012 and has been with Everett Community College in Washington state since 2007. During that time, she has been the college’s vice president of instruction and student services, and vice president of instruction. Prior to joining Everett (which had a total enrollment of 19,530 students in 2012-13), Fowler-Hill was the dean for Student Learning and the executive dean at Cascadia Community College in Bothell, Wash. She said she is looking forward to her new role in leading the Rock Creek Campus.

“I am delighted to be selected as the next campus president of PCC Rock Creek,” Fowler-Hill said. “My husband, Larry, and I are looking forward to relocating to Washington County and becoming engaged in the community. It is an honor to join the outstanding community of faculty and staff at Portland Community College to advance the region’s long-term vitality by delivering accessible, quality education to support the academic, professional and personal development of the diverse students and communities we serve.”

As part of her role with Everett, Fowler-Hill has participated in the League for Innovation’s Executive Leadership Institute, the Washington Executive Leadership Academy and the Future Leaders Institute for the American Association for Community Colleges in Boston, Mass. She earned a doctorate in Community College Leadership from Oregon State University, a master’s degree in Human Development Counseling from Sangamon State University in Springfield, Ill., and a bachelor’s degree from George Williams College in Downers Grove, Ill.

Fowler-Hill takes over one of PCC’s fastest growing campuses, which accommodates almost 26,000 students annually. In the past five years, Rock Creek has grown by more than 40 percent in credit enrollment. To accommodate this growth, the PCC Bond Program is constructing new building additions, seismic upgrades, building and classroom renovations, and electrical and telecommunications upgrades. Rock Creek opened in 1976 and has been integral in providing Washington and Columbia counties with college transfer courses, and professional and technical training.

[…] for Everett and has worked for community colleges for most of her career. After being selected as Rock Creek’s new president, Fowler-Hill spent time gleaning information from past campus leaders Bill Christopher, Dave Rule […]