This content was published: September 26, 2012. Phone numbers, email addresses, and other information may have changed.

Three faces familiar to the Sylvania Campus and Portland Community College have garnered new titles in concert with the launch of the fall term.

“Our students are the beneficiaries of the talents and experience that each of these leaders brings to the campus and the college,” said Linda Gerber, president of the Sylvania Campus.

“Over the years they’ve gained the trust and respect of staff and colleagues and provided leadership on several campus and district initiatives and projects. We are fortunate to have such dedicated visionaries on our team,” said Gerber.

Gene Flores, who has served as the chair of the Sylvania art department since 2010, has transitioned to the position of interim dean of the Visual and Performing Arts and Design division. He officially began working in his new capacity last month, replacing Steve Ward who has served as the division’s dean since 1997. 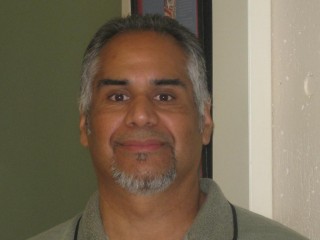 Gene Flores has been tapped as the interim dean of Visual and Performing Arts and Design at Sylvania.

Flores has a long and distinguished career that includes instruction, art gallery management experience, and award-winning work as a professional artist. He began his career with PCC in September 2005 as an instructor and as the director of Sylvania’s North View Gallery. He was appointed to probationary full-time faculty in 2006, advanced to continuous appointment in 2008, and became the department chair two years later.

In addition to managing Sylvania’s North View Gallery, Flores served as the preparator – overseeing all gallery preparation and installation of exhibits – at the Cedar Rapids Museum of Art in Cedar Rapids, Iowa, from 2000 to 2001. Prior to this, he was the art galleries director at the University of Texas at El Paso from 1997 to 2000.

As an active artist specializing in printmaking, Flores has more than a dozen individual gallery shows and nearly 20 group exhibitions to his credit, with his most recent solo exhibit, at Teatro Milagro, having taken place last spring, and participation in the group exhibit, “Seven Deadly Sins,” slated for this fall in San Diego, Calif.

He has an extensive list of fellowships, grants and awards that includes “Best in show 2-D 2009” as part of the annual “Art in the Pearl” festival in Portland. In 2009, Flores was featured on Oregon Public Broadcasting’s “Art Beat” show.

Piper, who served as the interim dean for the Health Professions, Early Education and Family Studies, and Physical Education division since June 2011, is now the division’s permanent dean. 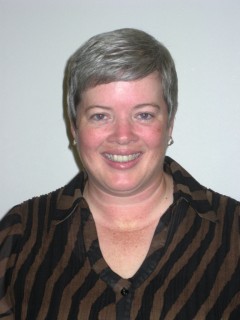 Prior to stepping in as the interim dean, Piper was the Sports Facilities supervisor at Sylvania beginning in 2008 where she worked closely with the division’s many managers, faculty chairs and instructors. Her knowledge of the campus is broad given that as the Sports Facilities supervisor, Piper worked in tandem with a variety of Sylvania-based departments and centers including all areas of Facilities Management Services, Food Services, Parking and Transportation, Safety and Risk Services, and Public Safety.

Piper has several years of experience working in higher education, in teaching, coaching and management. Prior to joining Portland Community College, from 2001 to 2007, she was the head softball coach and a physical education/athletics instructor at Lewis & Clark College. She obtained her bachelor’s degree from the University of Oregon and her master’s degree – in curriculum and teacher leadership – from Miami University in Oxford, Ohio.

Mary Severson has been tapped as the permanent associate dean of Student Development at the Sylvania Campus after serving in the interim role for two years. 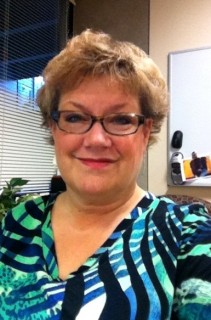 Mary Severson is the newly appointed associate dean of Student Development at the Sylvania Campus.

Severson brings a wealth of experience, an intimate understanding of PCC, and a vision for the continual improvement of student learning and success at the college. As the associate dean, Severson provides leadership in planning, implementing, evaluating and improving the student service areas of academic advising, placement testing, outreach and orientation, the START Lab, health admission and advising, the adult high school diploma program, retention, and information services.

Prior to this role, Severson served as interim associate registrar at PCC, as well as an academic advising specialist at the Sylvania Campus for 17 years.

Before joining PCC, Severson worked at the University of Iowa, College of Nursing as its program assistant for both Undergraduate and Graduate Student Services departments. In this capacity, she oversaw the admissions process and advised students about degree requirements and course selection.

Severson has a master’s degree in systematics from Luther Northwestern Theological Seminary in St. Paul, Minn., and a bachelor’s degree in German and religion from Augustana College in Sioux Falls, S.D.