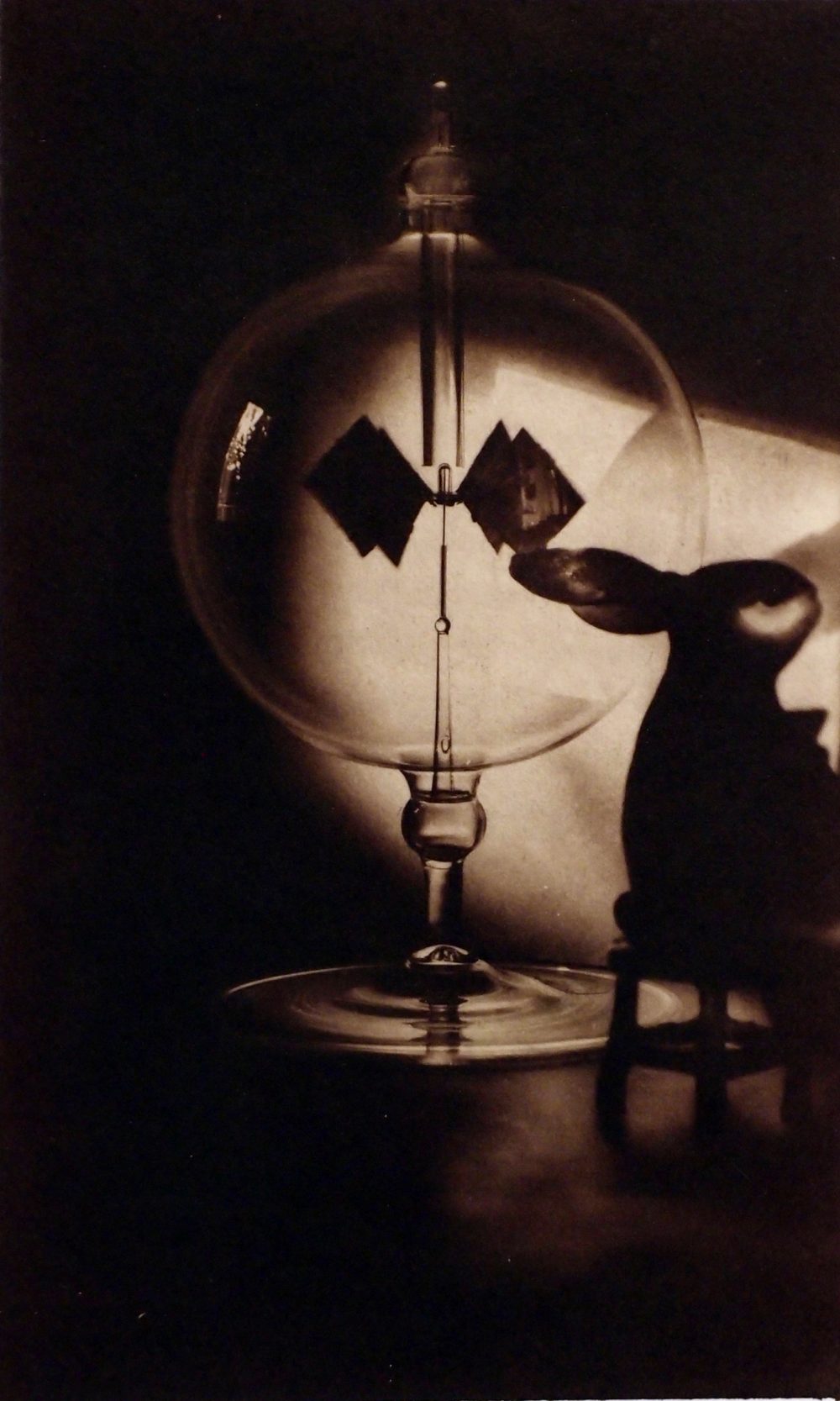 This moody and mysterious photo belongs to the series called "Amateur Physics," which in the artist's words "surfs the edges of art and science." The photographic method is a unique combination of various photo technologies, both new and old – a Digital photo is used to generate a negative, and the negative used to make a Van Dyke Brown Process sun print in the artist's backyard. This process (where photo paper is exposed to sunlight) comes from the very origins of early photography and was invented by physicist Sir John Herschel, three years after Henry Fox Talbot invented the Calotype in 1839, the first photographic printing process on paper.

This image includes a Crookes radiometer (invented in 1873 by the chemist Sir William Crookes) that consists of an airtight vacuum glass bulb with a set of vanes mounted on a spindle. The vanes rotate when exposed to light, with faster rotation for more intense light, providing a quantitative measurement of electromagnetic radiation intensity, a fitting symbol in a print made by sunlight. The rabbit is a reference to the White Rabbit in Alice in Wonderland, written by Charles Dodgson (aka Lewis Carrol), a professor of mathematics at Christ's Church College, Oxford, and an important early amateur photographer. These objects are affectionately arranged as a manifesto/ love letter to early photographic and scientific pioneers.

This image and others in the series were exhibited in 2012 in Rock Creek's Helzer Gallery, in 2014 at Camera Work Gallery (Portland) and the Verve Gallery (Santa Fe). The series "Amateur Physics" was published in Diffusion, a Photography Annual from One Twelve Publishing in 2014. The photo was donated by former collections curator and art history professor at Rock Creek, Prudence Roberts.