Yuji Hiratsuka was born in Osaka, Japan. He was first educated in art at Osaka Ichiritsu Kogei High School (Osaka Municipal High School of Art & Industry) and then at Tokyo Gakugei University (Tokyo Teachers’ University). After receiving a B.S. in Art Education from the Gakugei University in 1978, Hiratsuka taught art at several high schools and junior high schools in Osaka. In 1985 he moved to the United States to pursue graduate degrees in printmaking at New Mexico State University and at Indiana University. Since 1992 Hiratsuka has been teaching printmaking and drawing at Oregon State University.

“Although my artwork is mainly considered representational, I deal with more metaphorical aspects rather than realistic physical evidence. The human body along with other elements: garments, fruit, vegetables, furniture, animals, etc. have been my focus. The images bear a slight resemblance to traditional Japanese Ukiyo-e prints, but also express contemporary aspects of the Western Hemisphere.”–Yuji Hiratsuka 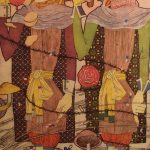 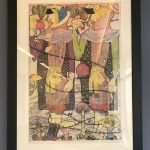 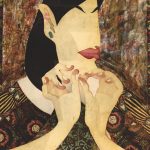